American actor, Ben Indra is best known for portraying the character of Josh in the show, Raising Dad from 2001 to 2002. His other screen credit includes Voodoo Academy (2000), Rites (2001) and Love, Inc. (2005). He is possibly single at present, but previously he was in a marital relationship with actress, Anna Faris.

Ben Indra was born Benjamin Jeffery Indra on February 23, 1979, in Sonoma County, California, USA. Regarding his nationality, he is American and belongs to the White ethnicity.

Indra appeared in the horror-fantasy movie, Voodoo Academy in 2000 where he played the role of Mike McCready. Later, he got offers from different filmmakers and worked on numerous TV shows and movies.

He came into limelight with the sitcom, Raising Dad; the show is about a widowed father and his struggle to raise his two daughters, separating his professional & personal life. The same year, he was cast in the short drama, Rites.

The current relationship status of Ben Indra is possibly single, but previously he was married to actress, Anna Faris. The couple exchanged vows on June 3, 2004, at an intimate ceremony, held in the presence of their close ones and family members. 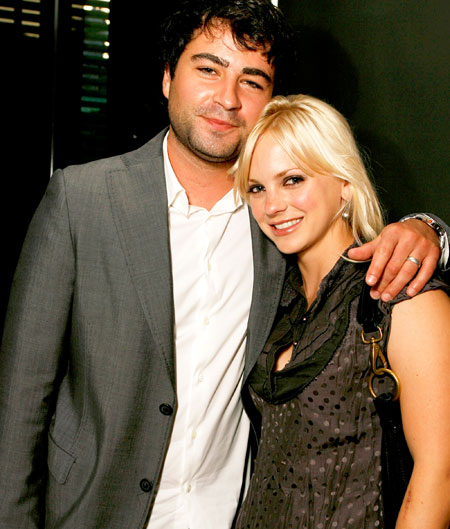 The pair divorced on February 18, 2008. Recently, his ex-wife Anna revealed in her autobiography, Unqualified that she left Indra for Chris Pratt.

In an interview with Daily Mail, she said,

"I met Pratt on the set of the 2007 film, Take Me Home Tonight and that time I was married to Indra for three years but inside my heart, i knew my relationship wasn't working."

"One day I realized my chemistry with Patt was palpable and I had to end my marriage. I phoned Ben and told him but he didn't take it seriously. Later I clearly told him everything and left his house."

It is also reported that Ben and Anna's relationship was plagued with a lot of red flags after her career took off, whereas Ben, on the other hand, was not able to do something in his professional career.

They share a son together named, Jack Pratt (born in August 2012), he was nine weeks premature that's why he spent a month in the NICU before going home with his mother.

Meanwhile, Faris and Pratt have decided to dissolve their marriage and separate with an official divorce. The couple filed for divorce on 1st December 2017 and it was finalized on 16 October 2018.

Ben Indra might have earned an impressive sum from his career, but due to his secretive nature, he hasn't revealed the actual figure of his net worth. However, it is assumed to be in millions of dollars.

Anna Faris is an American actress and occasional singer. She is best known for her work in Scary Movie as Cindy Campbell.