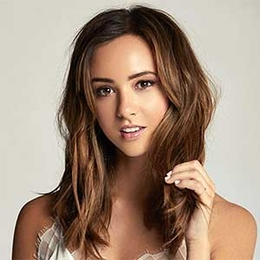 Britt Baron stunned audiences with her role Justine Biagi in the first season of Netflix series, Glow then she grabbed the main lead in further seasons. The show not only established her career but also opens the door for her dream of becoming a sucessful actress.

Britt Baron stunned audiences with her role Justine Biagi in the first season of Netflix series, Glow then she grabbed the main lead in further seasons. The show not only established her career but also opens the door for her dream of becoming a sucessful actress.

Britt Baron is one of those actresses who prefer to talk less about their personal life in media. So, is she married? Dating? Or still single? Let's find all the answers,

Baron relationship status is always a mysterious topic to fans and media. Looking through her Insta post, it is sure that the actress isn't single anymore. The actress is currently dating her boyfriend, Taber Onthank who is singer and songwriter by profession. 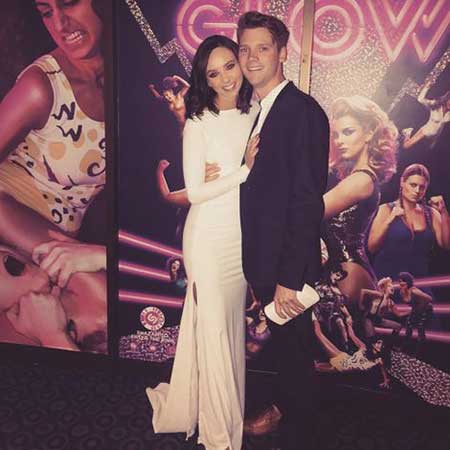 Back in October 2018, she posted a picture with Casey captioning, "Happy bday to my husband, never change" which creates several curiosities among fans about her married life. But later she confirmed they aren't married, instead, are just good friends sharing the same stage for their play.

Previously, in an interview, the actress revealed, she loves kids and wants children in the future. It seems Britt for sure gives some good news in the upcoming future to her fans.

Britt inspires to be an actress after playing Sherlock Holmes in a “Mini Mysteries” summer camp in 1st grade. Further, her dream role is Abigail in The Crucible.

The Glow actress is also a huge book lover and whenever she gets time, she loves to read novels of J.D. Salinger and other authors. Moreover, her favorite actors are Natalie Portman, Rooney Mara, Julianne Moore, Diane Keaton.

In June 2018, Britty shares how adapting 7 years old pitbull, Remy changes her perfection regarding dog adaption. She added, at first she was scared and unsure about adoption but her dog resiliently, forgiving, and inherently nature made her realized how good rescue dogs are.

One whole year with this girl!! It’s hard for me to believe I initially didn’t want her. I was scared and unsure about adopting a 7 year old pitbull with a history we knew next to nothing about. I initially wanted to tell people she was a “mix” I was honestly embarrassed I didn’t have a conventionally adorable pure bred puppy. Thank god Remy forgave me, she is another example of how resilient, forgiving, and inherently good rescue dogs are! I was so shamefully unaware and uneducated regarding the importance of adopting vs. buying and knew nothing about how awesome and misunderstood pitties are!! I encourage anyone looking for a new dog to physically walk yourself into a rescue or shelter, talk to the volunteers there, and see for yourself what is happening in your own city. There are SO many deserving amazing dogs in the LA shelters right now that won’t ever get their second chance. Humans fail these dogs over and over again, but we can do better! So NEVER support breeding of any kind. Where we get our dogs from matters and to pretend otherwise is to ignore reality (don’t be an unaware dummy like I was). When you rescue you get to form a bond with your dog that all the money in the world can’t buy, and that’s priceless. So HAPPY BIRTHDAY to Remy the love of my life who I will advocate and fight for the rest of my life. She’s turned me into a full blown insane dog lady and for that I’m truly sorry..... . . Also a HUGE thank you to @wagsandwalks who rescued her and who work so hard to save so many dogs. And a massive thank you to the mystery volunteer at Downey shelter who advocated for Remy to be pulled, she is alive because of you. And @tabermusic who forced me to sign the adoption papers kicking and screaming...yeah you were right. #adoptdontshop #endbsl #pitbullofinstagram

More to that, she encouraged her friends and fans to adopt dogs and mentioned,

"When you rescue you get to form a bond with your dog that all the money in the world can’t buy, and that’s priceless."

Recently, she celebrated her dog birthday and promise to advocate and fight for the rest of her life.

Britt Baron is one of the popular Netflix actress and just like Lauren Graham and Alexis Bledel also earns an impressive sum from TV series.

Baron has a net worth of $500 thousand which she accumulated from her acting career. Usually, the Netflix actors earn between $47,00-$60,000, so, she might earn the same figure. 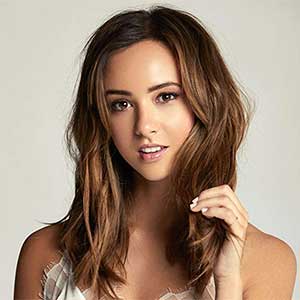 Do visit Marriedwiki for more celebrity-related contents of your favorite celebrities!!!