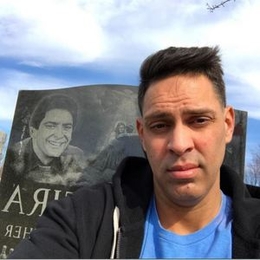 There is only man reality TV star Angelina Pivarnick has her eyes on. And, it's her long-term friend turned boyfriend turned husband, Chris Larangeira.

Hearing a love story of people like Chris Larangeira and her wife, Angelina Pivarnick literally melts our hearts. As a matter of fact, their love story is no less than a movie. Can you believe it, Larangeira and Pivarnick were just friends of fourteen years before romance finally sparked between them? 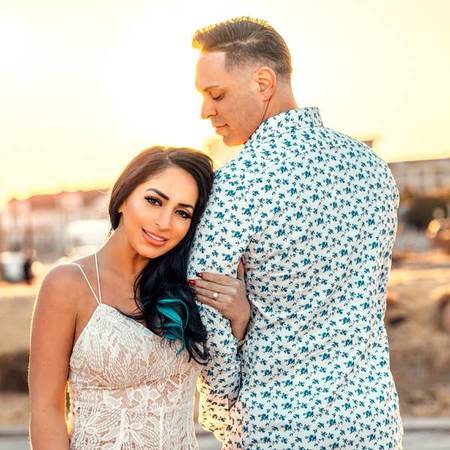 Their story literally cites being friends for all those years before Larangeira finally collected the guts to make the move and escape the friendzone. Speaking of their friendship, Chris and the Jersey Shore star even worked together at a mall when they were younger. However, Chris never got the opportunity to ask her out on a date as she was usually in relationships.

But, it was finally the time for Chris to shine even if it took him fourteen years. So, how did it all happen? Chris invited Angelina who at the time was single to a backyard pool party where they got to spend a lot of time together and get closer.

Needless to say, the pool party changed their lives forever. Chris instantly confessed his feelings which were well reciprocated by Angelina. After then, Chris never had to see Ange with another boyfriend every week as he had before.

Clearly, Chris Larangeira was madly, truly, and deeply in love with Angelina Pivarnick as he couldn't wait forever to put a ring on it. Speaking of which, Chris popped the question in January 2018 a year after they began dating. 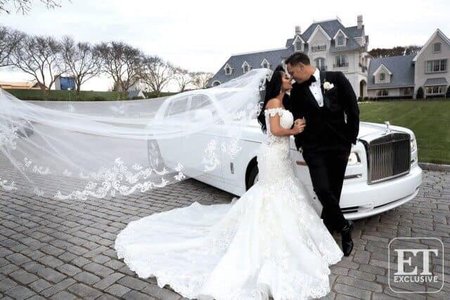 Chris Larangeira and Angelina Pivarnick got married in 2019. SOURCE: ET

Of course, Angelina happily said yes, for the third time. Angelina who had been engaged twice before and thought she would never get engaged and find love again was happy once again because of Chris. Third time charm's actually worked for her.

And in October, Pivarnick's castmates even threw her a lavish bachelorette party at the Historic Old Bermuda Inn in Staten Island, New York in New Orleans. Then, nearly a year later at the Park Chateau Estate & Gardens in East Brunswick in November 2019, Larangeira & Pivarnick exchanged their marital vows.

The husband and wife shared their NJ wedding on social media where Larangeira looked handsome in a black tuxedo whilst his bride made a beautiful bride in a white gown supported by a large veil. 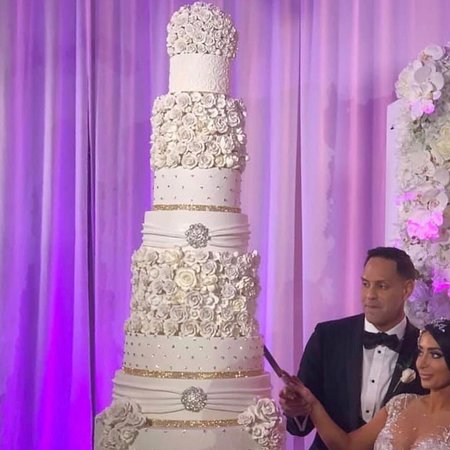 The main attraction of their big day, however, was the enormous cake baked by Palermo’s Bakery which was as tall and big as Larangeira. In the meantime, the couple is yet to start a family yet, as of April 2020.

Unlike his wife who is a reality TV star, Chris Larangeira doesn't belong to the same profession or the industry. However, that doesn't imply that Chris didn't get the taste of fame through his connection with his wife, Angelina Pivarnick who is known for her appearance in VH1's hit reality TV show, Jersey Shore and its franchise. 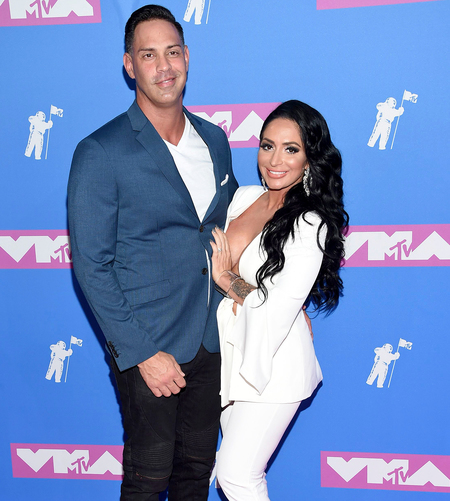 Speaking of which, Chris also made minor appearances on the show alongside his partner. Not to mention, their engagement, wedding plans, and wedding were also recorded for the purpose of telecasting it on the show. Needless to say, Chris must have made money from it too.

But, what does, Chris Larangeira really do? Well, Mr. Larangeira is a sanitation worker as his wife was the one who excitedly shared the details in an interview citing how happy she was to be marrying a garbage man who would make her life easier.

Sanitation workers usually make anywhere between $33,746 - $47,371 per annum. But with experience in the field for five years, they can make upto $88,616. In the meantime, Larangeira can be estimated to bag a net worth of no less than $100,000. As for his wife, Angelina Pivarnick holds a net worth of $2 million.

Reality TV star Angelina Pivarnick, who is better known for her appearance on Jersey Shore is the wife of Chris Larangeira.