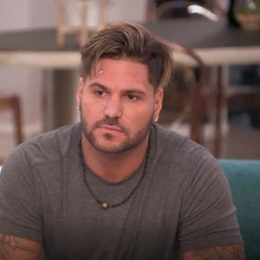 Ronnie Oritz-Magro is a popular TV personality who made his name from MTV's TV series, 'Jersey Shore'. Later, he went on to be a part of a few other projects like 'Famously Single', 'Daily Pop', 'Snooki and JWoww', and so on.

Ronnie Oritz-Magro Personal Life; Who Is His Girlfriend? His Daughter?

Ronnie Oritz-Magro is currently in an on and off relationship with his girlfriend Jen Harley. The couple is not married as Jen doesn't want to be married anytime soon.

However, they are blessed with a daughter Ariana Sky Magro born on April 2018. 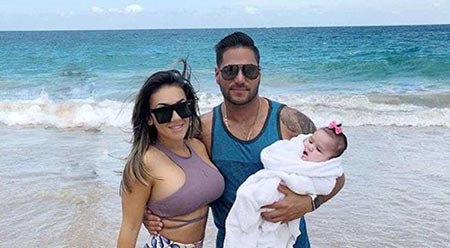 Ronnie Oritz-Magro with his wife and daughter.

The couple was rumored to have first met in between February 2017 to July 2017. Jen posted a picture of her and Ronnie kissing, on August 15, 2017, which confirmed their relationship. Have a look at her Instagram post!

The couple enjoyed the on-off relationship and are parents to a daughter Ariana on April 3, 2018. They announced the baby is coming soon in December 2017 and had an exciting baby shower in March 2018, in Las Vegas.

Besides, Ronnie past relationships were quite famous in the media. He dated his Jersey Shore co-star Sammi Giancola for five years from 2009 to 2014. The two separated after he cheated on her as she brought up marriage. They announced their break-up in August 2014. Talking about their relationship, he said,

Ronnie briefly dated Malika Haqq, a close friend of the famous Khloe Kardashian. The pair dated for a few months before they split up in February 2017. As per Haqq, Ronnie is quite aggressive, which turned out to be the reason for their break up. She said,

His relationship with Jen is quite complicated, as they were involved in domestic violence more often. Ronnie filed a case against Jen for domestic battery and she was arrested early at 3 a.m. on 24 June 2018 and had a bail set of $3,000.

Apart from all the relationship issues, Ronnie spent a month in rehab because of the depression he dealt with. He entered rehab for his addiction to alcohol and mental health issues in January 2019. He came out a changed man from the rehab.

Leaving the rehab on 10th February, he told US Weekly that he wanted to be a better person and a better father.

Harley took to Instagram on 23rd June 2019 where she shared a screenshot when she answered fans' questions that included her relationship with her boyfriend. One of her fans questioned 'Do you want Ron to propose?' where Harley replied 'No'. Another asked, 'Do you and Ron talk about your future? Marriage? More kids together?' and she went on with her straight forward answer and simply answered 'No'.

Well, it's pretty clear that Magre and his girlfriend have many issues in their relationship. Still, their fans expect them to move on a long way with their lovey-dovey.

With the career in TV, Ronnie Oritz-Magro makes a net worth of around $3 million. His popularity from Jersey Shore helped him gain what he makes. 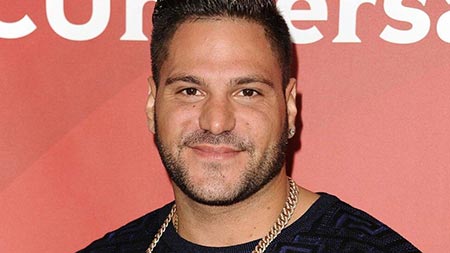 Having started working in real estate for his father, he then joined MTV's reality show Jersey Shore in 2009. Besides, he also appeared in TNA Wrestling on October 26, 2011. His other famous series was Famously Single. He also took part in Celebrity Fear Factor in 2018.

Ronnie owns a Red BMW 6 series that he brought when he moved from New Jersey to California. The BMW 6 series had a base price of $91,375 at the time he was buying. He was also spotted with a Lamborghini and did a test drive with Mike Sorrentino. 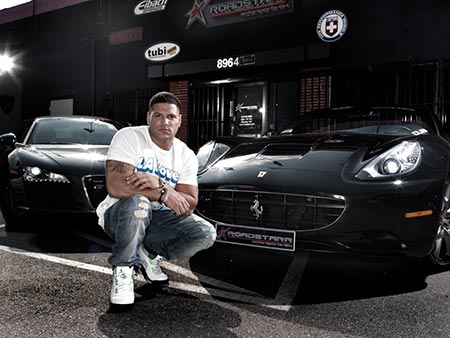 The TV personality, Ronnie lives a lavishing life spending money on luxurious items. He doesn't hesitate to spend on fulfilling his desire.

Born on December 4, 1985, in the Bronx, New York City, USA, Ronald Jonathan Oritz-Magro was born to a Ronald Magro and Constance Oritz. He is of white ethnicity and American nationality. His Zodiac sign is Sagittarius. 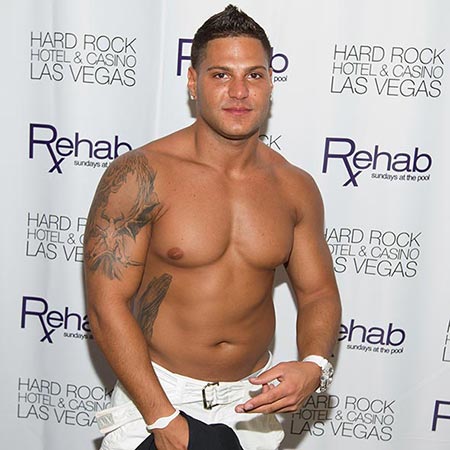 Earlier in his career, he worked in real estate for his father. Later he wanted to pursue his career in TV, so he followed his goal and became a part of MTV's hit show Jersey Shore in August 2009. He did some Xenadrine ads and also became part of the main cast in the MTV reality television series Jersey Shore: Family Vacation. He partnered Eric Young and fought Robbie E and Rob Terry in a TNA Wrestling's tag team match and got beaten by them.

Go to marriedwiki.com/wiki for more information on celebrities.

Ronnie Oritz-Magro and Jen Harley were blessed with a baby girl Ariana Sky Magro on April 3, 2018