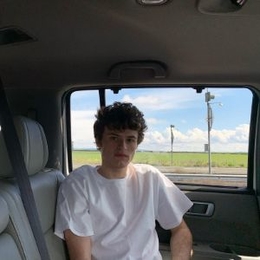 Duke Keaton is prominent for being the celebrity kid of the oscar-winning actress, director, and producer from the United States of America, Diane Keaton. His mother Diana came to the limelight for her acting credits in the hit movies like Annie Hall, Book Club, Manhattan, Love, and Death. Moreover, he started following his mother's footprints. Hopefully, very soon, he will achieve his goals.

Duke Keaton garnered fame for being the son of the oscar-winning actress Diane Keaton. Further, Diane adopted Duke when he was just one year old in 2001. However, the details of the biological parents are kept secret. 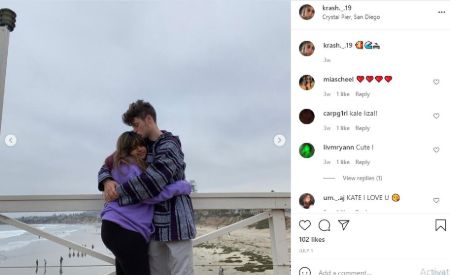 Coming to his relationship status, Duke enjoyed romantic life with his girlfriend named Kate Edmiston. The lovebirds started dating in 2021 and are still going very strong. Both loved to share & comment on each other pictures on their respective Instagrams.

However, as of January 2022, both Diane Keaton and Kate Edmiston have deleted pictures of themselves from Instagram. Other than that, Duke has unfollowed Kate from his Instagram page while Kate still follows him. It's not confirmed yet whether the two young lovebirds have officially broken up or want to keep their romance on the low. But, their social activities sure tell something else.

Likewise, Duke enjoys his free time hanging out with friends and streaming Call of Duty on Youtube. Keaton also uploaded gameplay on his self-titled Youtube channel. Above all, Duke relishes his life together with his loving mother and elder sister Dexter Keaton.

Diane Keaton, who came to the limelight for Kay Adams' character in Godfather, is a single mother who never married. Currently, she lives a single happy life. In her 2011 autobiography Then Again, Diane admitted that Diane never found a life partner with any of the men she was involved with. 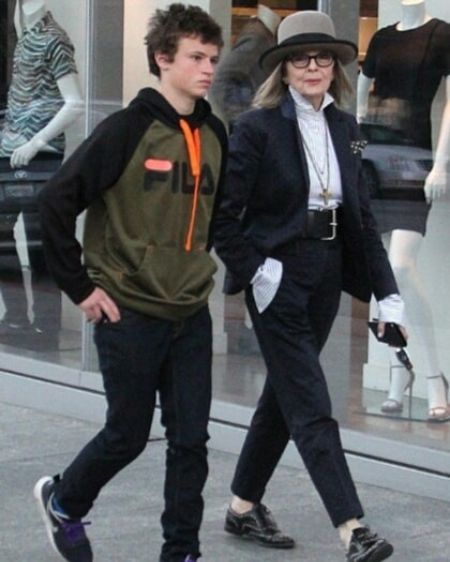 In addition, Keaton also admitted that the loss of her father, John Hall, to brain cancer in 1990 inspired her decision to adopt children at 50. Diane shared that she never wanted to be a wife. That's why the 75-year-old actress never tied the knot & remained comfortable with herself.

Moreover, Diane's elder daughter, Dexter Keaton, was also adopted when she was just one year old in 1996. Dexter is a University of Arizona graduate & walked down the aisle with her longer-time boyfriend, Jordan White, in June 2021. 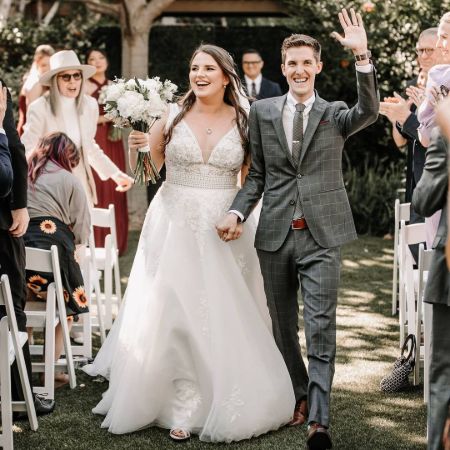 Dexter Keto during her wedding with Jordan White. SOURCE: Pinterest

Raising two exceptional children while working in the movie industry and staying in the limelight became quite challenging for Diane. But she overcame it with her strength and courage to provide for her two lovely kids. Above all, Keaton seems to have done a great job all independently.

Similarly, she also connected as a girlfriend and boyfriend with Warren Beatty, an award-winning American actor, director, producer, and writer from 1978-1980. Then, the single mother shortly dated Edward Rusha in 1977.

Moreover, when the two were neighbors in New York in the late 1970s, Steve Jobs, the co-founder of Apple Inc, was dating Diane Keaton. They did, however, have a brief romance. Furthermore, in 2005, Diane was rumored to have dated actor Keanu Reeves for a short time.

How rich is Duke Keaton?

Duke Keaton isn't involved in any income-generating activities, so there is no chance of having a net worth of Duke. Infact, he lives a blessed life under her mother's wealth. Similarly, Maddox Laurel Boss and Bronwyn Vance also enjoy their parent's net worth.

But his mother Diane worked on films like Annie Hall, Book Club, Manhattan, and Love & Death. She also received awards like Academy Award, a BFTA Awards, Oscar Awards, and two Golden Globes. Speaking of her net worth, Diane possessed $100 million. Most of her wealth is amassed from her acting, filmmaker, screenwriter, and producer profession.

Check out the video of Diane Keaton on the struggle of being a single mother below.

Besides this, the American actress makes money from her other ventures, which she kept away from social media. Moreover, she earns money from her endorsements, including Hour After Hour deodorant, L'Oréal' Paris, and AMC Rebel automobile.