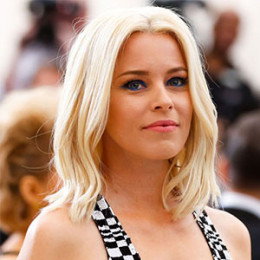 Elizabeth Banks made her debut a movie in 1998. Banks is mostly known for her role in the 'Hunger Games' movies. The gorgeous actress is currently married. Banks has an estimated net worth of $30 million. She currently lives in Hampton Bays, New York, the U.S along with her husband and children.

Elizabeth Banks was born on February 10, 1974, with her birth name being Elizabeth Irene Mitchell in Pittsfield, Massachusetts of United States. She was born to Mark Mitchell and Ann Mitchell. Banks is of American nationality and her race/ethnicity is white.

Elizabeth Banks had attended Pittsfield High School. During her school days, she used to participate in all kinds of sports. In fact, she only switched her interest to acting when she fractured her leg in a softball game. 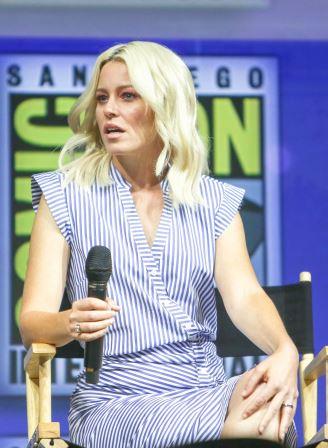 Elizabeth later started to act on plays at school and was really excited with her new interest. After graduating from high school in 1992, she had enrolled at the University of Pennsylvania.

Recommended: Who Is Joseph Sikora Married To??

Eventually, Elizabeth Banks underwent training in drama at the American Conservatory Theater. She was said to be a great stage performer in productions like "A Midsummer Night's Dream" and "Hurly Burly" and later on she earned MFA degree in 1998.

Elizabeth Banks later moved to New York in pursuit of her career and she got minor roles in TV screens and movies. Subsequently, in 1998, she made her debut in the movie “Surrender Dorothy”. She had also acted in Gotham-based TV productions like “Third Watch” and “Sex and the City.”

The actress eventually moved to Los Angeles in search of more opportunities on the big screen. She found out there was another actress by name Elizabeth Mitchell thus to avoid confusion she changed her name to “Banks”. 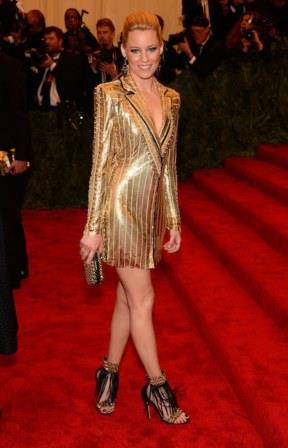 The year 2002 was the turning point in her career, she had landed the role of Betty Brant, in Sam Raimi’s “Spiderman.” Later in the year 2004, she resumed her role as Betty Brant in Spider-Man 2.

Her career moved on ahead with roles in “Swept Away" and “Catch Me If You Can.” Her role in “Catch Me If You Can” raised her popularity greatly. Her performance as the young wife of the owner of the racehorse in “Seabiscuit” in 2003 got her nominated for Screen Actors Guild award.

And the coming year, she was at her best in the comedy movie, The 40-Year-Old Virgin. During the year 2006, she got her first major role in “Slither,” a comical horror movie.

Here, she proved her comical talent through her role as the wife of a man possessed by an alien. Banks later became busy in 2008 with movies like “Meet Bill”. Banks got her biggest role as the First Lady Laura Bush in “W,” Oliver Stone’s biopic of George W. Bush.

In 2010, Elizabeth Banks made an appearance in season four of the sitcom, “30 Rock.” Eventually, the role of Avery Jessup, the conservative television commentator, got her two times nominations in the next two years.

She earned worldwide fame for her role as Effie Trinket in the movie “The Hunger Games.” As a result, she got the role in its sequel, “The Hunger Games: Catching Fire” as well which was released in 2013.

She is also the co-owner of a production company named “Brownstone” along with her husband Max Handelman, a sports writer and a producer. The couple has produced movies like “Surrogates” and “Pitch Perfect” through their company.

Elizabeth Banks is currently living a lavish life with her husband and her two children. She is earning a staggering amount of money through her acting career. As of 2018, Banks has an estimated net worth of $30 million.

She currently lives in Hampton Bays, New York, the U.S.

The 44 years old gorgeous actress Elizabeth Banks is currently married to Max Handelman who is a sportswriter and as well as a producer.

Banks had met her future husband Max on her first day of college at the University of Pennsylvania on September 6th of 1992. Eventually, she fell in love with him and the couple began dating. 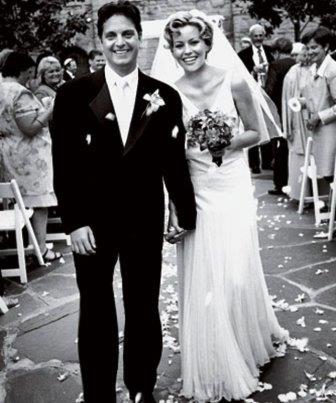 After dating for a length of 10 years, Max asked a question which gave a great surprise and delight to Banks. Finally, the couple tied the knot on July 5 of 2003, at the Greystone Mansion in Beverly Hills.

The couple is currently blessed with two adorable children both are born through a surrogate. In March of 2011, their first son Felix Handelman was born. Furthermore, they welcomed their second son Magnus Mitchell Handelman on November 14, 2012.

It has already been over 15 years since the duo married and yet the lovebirds are still happy together. Ever since they got married, they have not faced any rumors of divorce and other extramarital affairs. Furthermore, there are no records of past affairs of Banks. 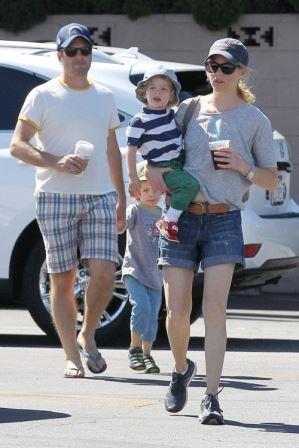 After dating for about ten years Max proposed to Elizabeth, and they got married on 5th of July of 2003.

Felix was born in the year 2011 in the month of March. He is the eldest son of Elizabeth and Max Handelman

Magnus was born on November 14th of 2012, he is the youngest son of Elizabeth and Max.