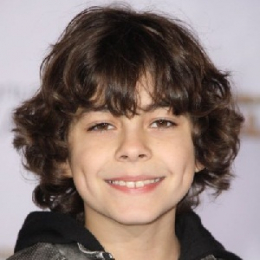 Emjay Anthony is a well-known name in Hollywood who started his career as a child actor. From the beginning, he is lucky to be part of many successful movies such as 'Chef', 'Bad Moms', and 'The Divergent Series: Insurgent'.

The child actor Emjay Anthony who is mostly remembered as the son of Alec Baldwin in the movie It's Complicated is already in dating age. The teen, turned sixteen this June and is ready to explore romantic relationships.

Emjay, however, looks like he is single based on his social media sites. He does not regularly post on his Instagram, but when he does, he is open about sharing personal stuff. He posted a picture of his stepbrother joining army.

Emjay is yet to share any posts that might suggest he is in a relationship.  Furthermore, the actor is not linked with anyone, not even with any of his co-stars.

The young actor, moreover, is currently focused on building his career and is eagerly waiting for the airing of his series Council of Dads. The series features actors such as Sarah Wayne Callies, Clive Standen, and Steven Silver among others.

What is Emjay Anthony Overall Net-worth? Know more about his Earning and Salary

Emjay Anthony's overall Net-worth is $700 thousand- $900 thousand which he earned through working in the entertainment industry for nearly a decade. He started his career with modeling and appeared in Werther's Candy national commercial at age four. 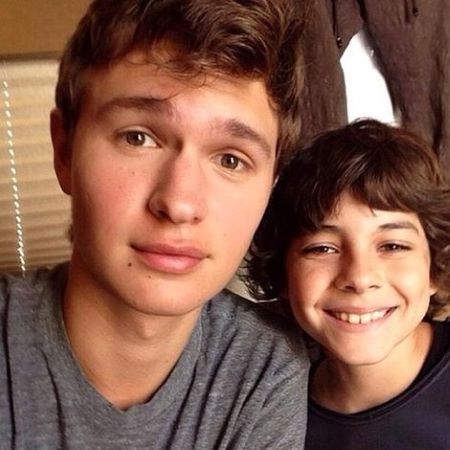 At age five, Emjay starred in the movie It's Complicated alongside Alec Baldwin and Meryl Streep. The film was a huge commercial success that earned $219 million against the budget of $85 million.

After that, Emjay took a break of a year and a half to focus on schooling. He returned to the industry by the end of 2010 and became part of many successful movies. Check the table below to see his most successful movies:

Emjay through these movies garnered substantial income. The average salary of an actor is $37,300-$79,900 per year.

Emjay Anthony was born on June 1, 2003, in Clearwater Beach, Florida. His nationality is American and belongs to mixed(Hispanic, German, English ) ethnicity. Furthermore, his birth sign is Gemini.

Kinda late because I broke my phone when I was there but congratulations mom on gettin married in Mexico!

Emjay was born to father Micheal Salazar and mother Trisha Salazar. His parents are divorced. Furthermore, his mother got married to Dale Spindler on 9 June 2018 in Mexico.

Emjay has an elder sister named Sage Salzar, who is ten years older than him. Through his stepfather, He also has a step-sister named Riley Spindler.