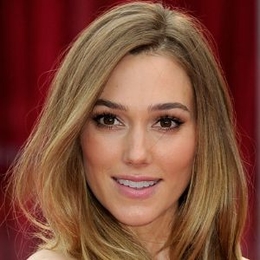 Jacqui Ainsley or better known as Jacqui Ainsley Ritchie is a British model and actress. She came into prominence when she started dating British director, Guy Ritchie after his divorce from the pop singer, Madonna.

How many times have you heard someone finding their soulmate on their first date? Bet there are not that much.

British model Jacqui Ainsley knew on her first date with now-husband Guy Ritchie that he will be the father of her kids. She cannot tell how, but she knew for sure that would happen one day. Well, her instincts turned out to be right; Ritchie is the father of her three children. 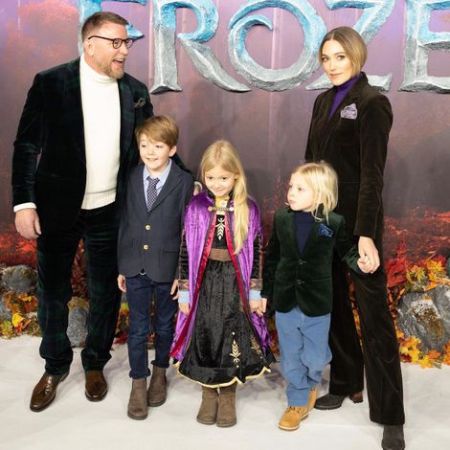 The couple's first child, Rafael Ritchie was born on 5 September 2011 only a year after they started dating. Soon after the birth of their son, the pair announced their engagement.

A few months after the pair's engagement, Jacqui and her fiance welcomed their second child, a daughter Rivka Ritchie(b. 29 November 2012). Furthermore, the pair gave birth to another child, a son Levi Ritchie (b. 8 June 2014) before marriage.

Jacqui and Guy Ritchie tied the knot on July 30, 2015, after giving birth to three kids and dating for five years. The wedding took place at Ashcombe House in Wiltshire, the UK, in the presence of 150 guests, including stars such as David Beckham, Brad Pitt, Henry Cavill, Jason Statham, to name a few. 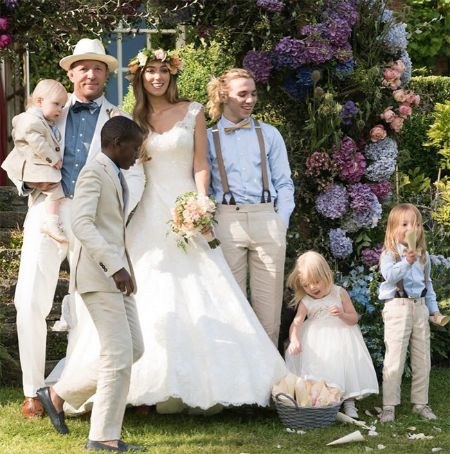 The wedding festivities lasted three days, and all the guests camped out in the luxury tents that were erected in the estate. For the main event, Jacqui wore a custom-made Phillipa Lepley gown, sheer veil, and a crown of flowers. Meanwhile, the groom wore a white suit, blue bow-tie, and a hat.

Another major event in the festivities was the screening of Guy's new movie, "The Man from U.N.C.L.E.." The film had Henry Cavill, Alicia Vikander in the lead role, and his good friend David Beckham in the cameo.

Happily Ever After Failed Relationships

Jacqui and her spouse both had some serious relationships in the past. In the late 2000s, she was dating Scottish singer Darius Danesh. The couple were pretty serious about one another and used to share a house in Fulham, Uk. 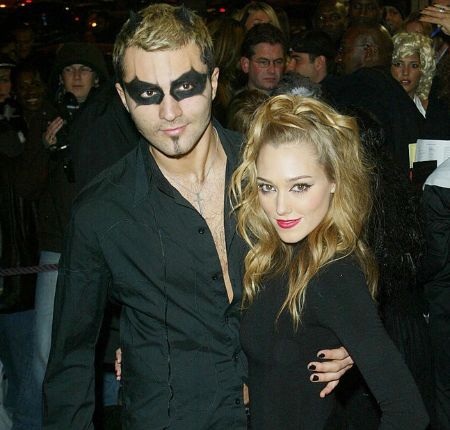 Sadly, the relationship did not last long, and after two years, the pair parted ways. After the breakup, she dated a French guy who lasted for only a few months.

Jacqui's husband Guy Ritchie was previously married to American singer Madonna. From the marriage, he has two children, a biological son Rocco John Ritchie and a adopted son David Ritchie. He shares joint physical and legal custody with his ex-wife.

Jacqui Ainsley boasts a total individual net worth of $200,000. A large chunk of this fortune came from her sucessful career as a model. She had done commercials for big brands such as Honda, Axe, and Virgin Airlines. 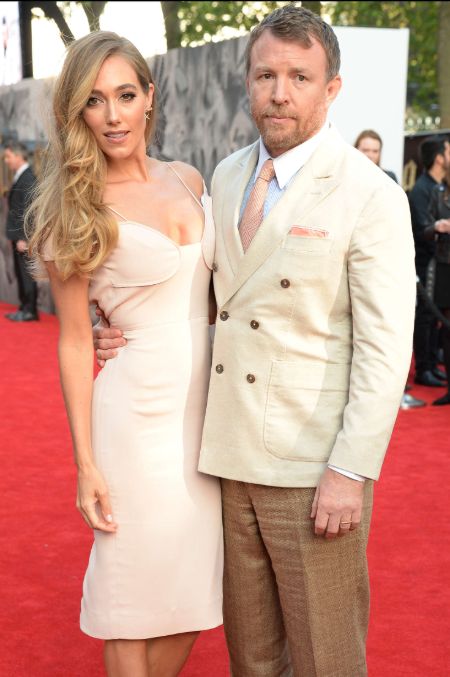 Jacqui Ainsley with her spouse at the red carpet event of her film, King Arthur: Legend of the Sword. SOURCE: Jacqui Ainsley Instagram(@jacquiritchie)

The blonde has also worked as an actress in a few projects. She is best known for her role as Lady of the Lake in the movie "King Arthur: Legend of the Sword." She was featured in opening credits of Bond Movie "Die Another Day" as a firewoman.

Ainsley's spouse Guy Ritchie is a director, producer, and businessman and holds an impressive net worth of $150 million. He is most famous for his work in movies such as "Swept Away," "Sherlock Holmes," and "Aladdin."

It was rumored Ritchie earned $67-$80 million, including London Pub and Wiltshire estate in England in the divorce settlement from his ex-wife Madonna. The estranged couple denied that rumor, but given the fact that Guy now owns the Wiltshire, so it seems like the talks had some truth. 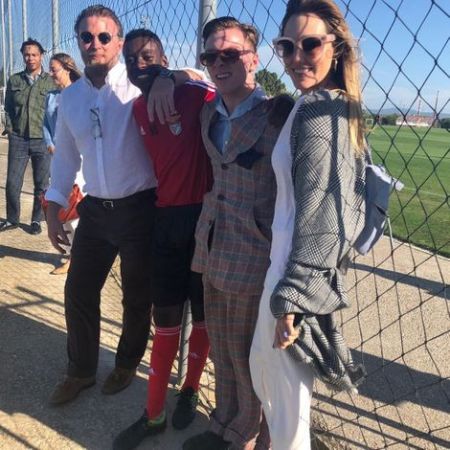 Guy Ritchie is a English director and producer. He was previously married to singer Madonna. He tied the knot with Jacqui after dating for five years.

Rivka Ritchie is the only daughter of Jacqui Ainsley and Guy Ritchie. At the time of her birth, the pair were engaged.

Levi Ritchie is the youngest child of Jacqui Ainsley. He has two older siblings and two half-siblings.