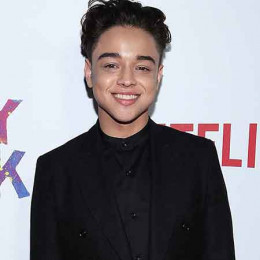 Jason Genao is an American actor who is popularly known for his role, Ruby Martinez in the 2018 Netflix original series, "On My Block." He debuted in the entertainment industry in 2016 in the popular series, "Law & Order: Special Victims Unit" where he portrayed the character named William Reeves. Following his outstanding performance in the series, he got an opportunity to work in the Marvel movie "Logan" where he appeared in the role of Rictor.

Jason Genao was born on July 3, 1996, in the United States. He is from a Dominican-American family from Jersey City in New Jersey and grew up with his brothers David and Danny Genao. 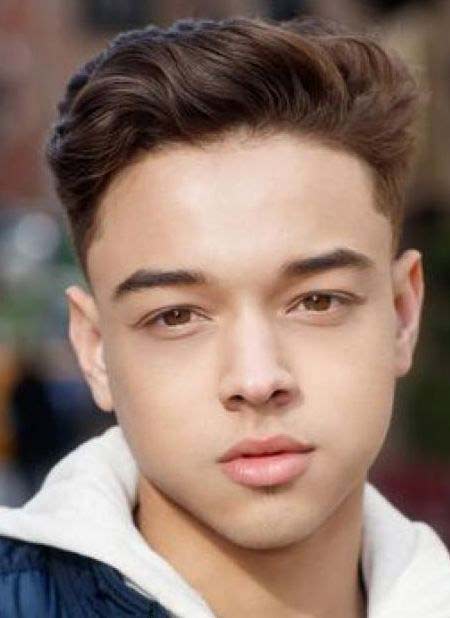 As for schooling, he attended William Dickinson High School.

Genao is professionally an actor who debuted in the entertainment world in 2016 in a popular Television series named Law & Order: Special Victims Unit. In the series, he portrayed the role of William Reeves for an episode and appeared alongside popular actors Christopher Meloni, Mariska Hargitay, and Michelle Hurd. The same year he was signed for another series which was a Netflix Original musical drama series named The Get Down.

The series released on August 12, 2016, he appeared in the role of Napoleon for seven episodes and acted alongside Justice Smith, Jimmy Smits, and Skylan Brooks. After that, he was cast in the highly acclaimed Marvel movie Logan in the role of Rictor. He acted alongside Hugh Jackman, Patrick Stewart, and Dafne Keen. 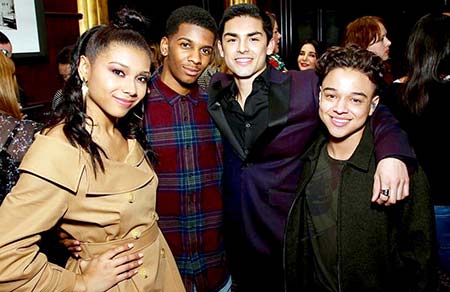 Jason Genao with his cast members of On My Block
Source: IMDb

Genao is cast in the 2018 Netflix original series named On My Block to play the role of Ruby Martinez. The series premiered on March 16, 2018, and people are loving it. The series is basically a youth to adulthood experience and in the series, Genao is joined by other young actors like Sierra Capri, Diego Tinoco, Brett Gray, Jessica Marie Garcia, and Ronni Hawk.

Jason Genao's net worth is not estimated as of yet. He has been a part of some popular television series like Law & Order: Special Victims Unit, The Get Down and On My Block from where he earned a decent salary.

Genao is a Netflix star whose popularity is growing day by day. He is not in a relationship with anyone at the moment and there aren't any affairs related to him lingering around in the media. Genao is solely focused on his career and wishes to reach heights that to have a love affair and girlfriend.

You really think I grew up in my little broke down apartment in Jersey thinking one day I’d be submitted for 2 Emmys? My stove still need a lighter to work #Emmys #fyc #bestleadactorinacomedy

He is pretty active on social media. He has around 556k followers on his Instagram and has posted 24 pictures as of July 29, 2018. Genao is equally active on Twitter where he has 48.7k followers.

When will the star let his fans know about his romantic life and date? Well, let the time reveal everything.