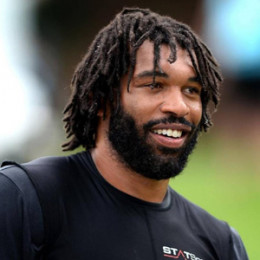 American football defensive end player, Julius Peppers is currently playing for the Carolina Panthers of the National Football Leagues (NFL). Before that, he played for teams like Chicago Bears and Green Bay Packers. NFL Defensive Rookie of the Year player, Pepper is currently in a relationship with his girlfriend and also has a child.

Julius Peppers was born Julius Frazier Peppers on 18th January 1980 in Wilson, North Carolina. He is American and belongs to African American ethnicity. Peppers was raised by his parents Bessie Brinkley and George Kearney along with his siblings Stephone Peppers. 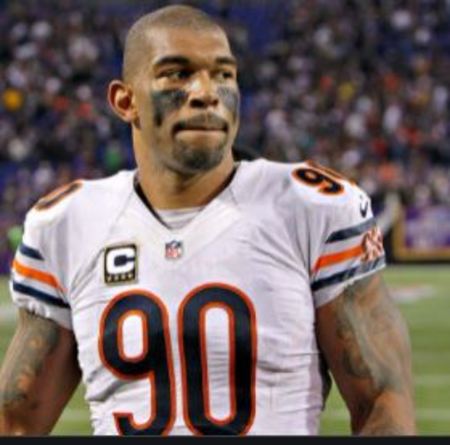 Julius Peppers is an American footballer who is best known for playing for Carolina Panthers and Chicago Bears. SOURCE: ESPN

Julius Peppers began his career in football right from school. He played as a running back and defensive lineman under coach, Ray Davis. Along with football, he also played basketball and athletics. 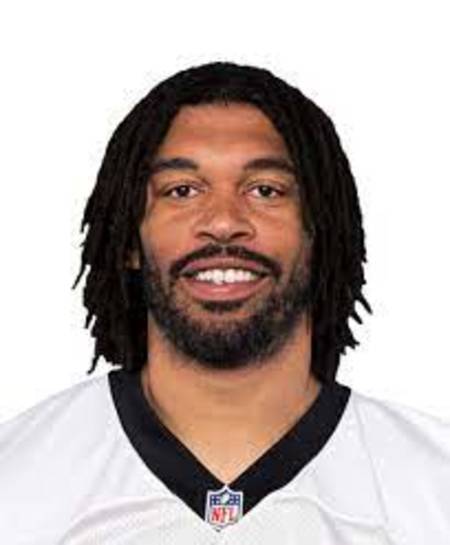 In the 1997-98 season, his senior year, Pepper was named as an All-American team in football as an all-purpose talent and Male Athlete of the Year by Parade Magazine. Later, Peppers was even mentioned as one of the 50 Greatest Athletes from Twin County by the Rocky Mount Telegram newspaper.

After joining the University of North Caroline, Peppers started playing as a defensive end for North Caroline Tar Heels under coach, Carl Torbush. After leading the nation with 15 quarterbacks, Pepper earned the first-team All-Atlantic Coast Conference (ACC). Apart from this, he also played basketball while studying at the university.

Peppers professional career started after being drafted by Caroline Panthers in the 2002 NFL Draft. He was given number 2 after a quarterback, David Carr. He played in the team from 2002- 2009 under coach Ron Rivera.

In 2010, he joined Chicago Bears playing for the team till 2013. In 2014, Pepper signed a contract with Green Bay Packers under coach, Mike McCarthy. After playing for years, in 2016, he left the team and joined his old team, Caroline Panthers and till today is playing for the same team.

From starting of his playing career till now, Peppers has earned numerous honors, titles, and awards for his amazing playing skills. And some of them are:

Julius Peppers after playing for various teams is successful to collect an estimated net worth of $40 million.

Peppers also owned a house in Miami worth $6.45 million and a number of luxury cars including BMW (worth $46595), Bentley, Range Rover, and a Black Ferrari. He also donated $500,000 to a scholarship program for the black students at the University of North Caroline.

Julius Peppers is currently in a relationship with his girlfriend, Claudia Sampedro. The couple started dating in 2014. 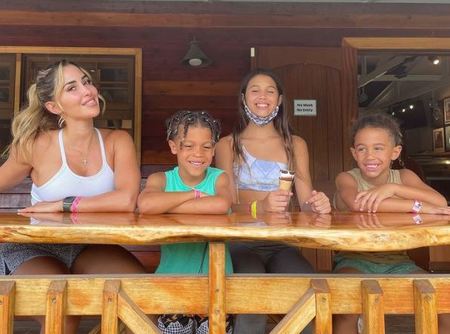 It’s been more than six years of their relationship, and still, they seem in no hurry to get married. However, they are still in a live-in relation.

Additionally, Julius and Lia broke up after the athlete reportedly cheated on his then-pregnant girlfriend to go on a vacation with Claudia. Not to mention, Julius neglected his child and Lia took legal action in return. Lia ended up winning the case as the court-ordered Julius to pay $8000 monthly in child support to Elijah's mother.

In 2016, Julius Peppers and Claudia Sampedro gave birth to their only child named, Elijah Peppers. Apart from him, Sampedro has two daughters from her previous marriage.