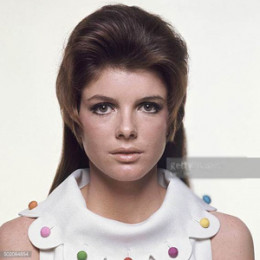 The award-winning actress, Katharine Ross is an American celebrity known for her breakthrough performance in the movie, The Graduate (released on 1967). Ross is one of the finest actresses of Hollywood and appeared in the many blockbusters movies including; Hellfighters, Butch Cassidy and the Sundance Kid, The Stepford Wives, The Legacy and much more. Ross is a married woman, she exchanged vows with actor Sam Elliott and have a daughter together.

Born on January 29, 1940, in Hollywood, California, United States, Katharine Juliet Ross is the daughter of Dudley Ross, a former Navy who also served as associated press.

She was raised in Walnut Creek, California, east of San Francisco. She belongs to Scottish, German, Channel Islander (Guernsey), and English dysentery.

Ross graduated in 1957 from Las Lomas High School. Later, she joined the Santa Rosa Junior College where she developed an interest in acting and left her study to join acting classes in San Francisco. She then joined The Actors Workshop and worked with them for nearly three years.

Katharine Ross made professional acting debut in 1962 with the Television role in Sam Benedict. Later she appeared in different television episodes of Arrest and Trial, The Virginian, Gunsmoke, and The Alfred Hitchcock Hour.

She made her movie debut with Shenandoah along with James Stewart. In 1967 she portrayed the role of Elaine Robinson in The Graduate and earned her first Oscar nomination. She won the BAFTA for her acting in Tell Them Willie Boy Is Here (1969).

In the 1970s, Ross returned to the small playhouse and made her come back to big screen with The Stepford Wives (1975) which provided her first best actress award.

Ross appeared in several movies and series including; Murder by Natural Causes, Donnie Darko, Murder in Texas, The Hero, Love Letters and much more.

Katharine Ross is happily married to  Legacy co-star, Sam Elliott.  The duo tied the knot in 1984 at an intimate ceremony. They dated for a long time before turning their relationship into a formal bond. They have a daughter, Cloe Rose Elliott (born on 1984).

The pair was having a blissful life until her daughter turned violent, as per the report, once she stabbed her mother with the scissors in her arms. Cloe was ordered by police to maintain a distance of at least 100 yards from her mother’s house, and workplace.

Previously, Ross had been married four times. In 1960, she first married an actor, Joel Fabiani. However, the couple couldn't handle their relationship and divorced in 1962.

Then she was romantically involved with John Marion and married in 1964, but due to some personal issues, they split up in 1967. After divorce with John, she tied the knot with an award-winning cinematographer, Conrad Hall in 1969 and divorced in 1973.

She met her fourth husband, Gaetano Lisi on the set of The Stepford Wives and married in 1975 but same as her previous relationship this one also couldn't last for long and divorced in 1979.

The Graduate fame actress, Katharine Ross has earned an astonishing net worth from her acting career. Her net worth is estimated to be $5 million.

4. Butch Cassidy and the Sundance Kid

Ross and Fabiani married in 1960 but their relationship did not last long and they divorced after two years of their marriage in 1962.

Ross and Marion started dating and within no time in 1964, the pair tied the knot. However, they divorced in 1967.

Conrad L. Hill is the third husband of Katherine Ross with whom she married in 1969 and had divorce in 1973.

The duo exchanged vows in 1984 and since then they are together. They have a daughter, Cloe Rose Elliott.

Cloe is the only daughter of Ross and San. Once she stabbed her mother with the scissors on the arms repeatedly.