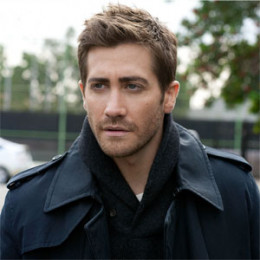 The Golden Globe Award-nominated American actor, Jake Gyllenhaal is better known for his roles in the movies, Brokeback Mountain. He made his Hollywood debut from the movie, City Slickers. Until today he worked in numbers of the movies from which he was nominated for many prestigious awards and won some of them as well. Apart from his professional life, he has a long dating list but as of now is single.

Jake Gyllenhaal was born Jacob Benjamin Gyllenhaal on 19th December 1980 in Los Angeles, California with the birth sign, Sagittarius. He was raised by his parents, Naomi Foner ( a film producer and screenwriter) and Stephen Gyllenhaal (a film director) along with his sister, Maggie Gyllenhaal (an actress who married to Peter Sarsgaard).

Regarding his ethnicity, he belongs to mixed descent as his father is of English and Swedish and his mother, Russia and Poland descent. Jake Gyllenhaal finished his schooling at Harvard-Westlake School in Los Angeles and later studied Eastern religions and philosophy at Columbia University but did not graduate as was dropped out two years after joining the college. Before pursuing his career in acting, he used to work as a lifeguard and a busy boy at a restaurant to support himself.

Recently, the dashing actor, Gyllenhaal worked in his latest 2017 thriller movie, Life in a supporting role. Prior to this, he made his Hollywood debut with a film, City Slicker in 1991 along with the casts members, Billy Crystal, Jack Palance, Daniel Stern, Bruno Kirby, Patricia Wettig, David Paymer, Josh Mostel, and few others.

In 1999, Jake Gyllenhaal appeared in his first lead role in the movie, October Sky where he shared the screen with Chris Cooper, Laura Dem, Chris Owen, Chad Lindberg, William Lee Scott, Natalie Canerday and few others. Gyllenhaal has appeared in a numbers of movies and series and among them, he is famous for his roles in the movies including, Brokeback Mountain (starring Heath Ledger, Anne Hathaway, Michelle Williams, Randy Quaid, Anna Faris and others.

He is also recognized for his roles in other movies like A Dangerous Woman, Zodiac, The Good Girl, Nightcrawler, Nocturnal Animals and some others. As of 2017, he appeared in the thriller movie, Life with stars Ryan Reynolds, Rebecca Ferguson, Hiroyuki Sanada, and Olga Dihovichnaya .

Besides acting in movies and TV series, Jake Gyllenhaal is also engaged with stage shows. In 2012, he debuted his Off-Broadways from Nick Payne’s play, If There Is I Haven’t Found It Yet at the Roundabout Theater Company. Two years later, Gyllenhaal performed at the Samuel J. Friedman Theater opposite Ruth Wilson in Payne’s Constellations.

In 2016, he joined the team of David Denby and John Mauceri in Adam Gopnik’s podium discussion at Lincoln Center. Later Gyllenhaal performed in many other theaters like Hudson, New York City Center, and few others.

For Jake Gyllenhaal's outstanding performance, he was nominated for the various awards and won some of them as well. Young Hollywood Award is one of his first awards which he won in 2001 for the movie Donnie Darko after being nominated twice.

Some of Jake Gyllenhaal's other awards include:

The dashing actor is currently single but has been in affairs in his past with many famous ladies of the industry. Jenny Lewis was the first lady who dated him. The couple dated for certain months in 2001 and remained friends ever since.

Kristen Dunst is the second girlfriend of Gyllenhaal who he began to date from 2002 and became one of the hottest Hollywood couples of the time. But the relationship did not last long and they broke up after two years of their relationship. As of sources, the reason behind their separation was lack of compatibility and Gyllenhaal was not planning to take their relationship for long.

After he broke up with his second partner, he next dated his co-star from Rendition, Resse Witherspoon from 2007. The couple announced their affair after the divorce of Witherspoon with her ex-husband, Ryan Phillippe. Gyllenhaal was even close with her kids from her previous relationship and used to visit various places together. The pair who even planned for their marriage finally separated in 2009.

The singing sensation, Taylor Swift is the next who comes on the list of his girlfriend. The pair dated in 2010 and went at the Fishkill Farms in Hopewell Junction for their first date. They were very serious about each other and even were ready to marry each other. Swift was even close to his family members and even celebrated the Thanksgiving Day together. But some months, later, Gyllenhaal dumped her due to more media attention which broke her.

As of now, Jake Gyllenhaal is following her, but they are never getting together again in the coming future as per the sources. After the sudden separation, Gyllenhaal began dating Alyssa Miller who comes last on his list. They began their relationship in 2013 and separated in 2014 as he could not give proper time to her.

Apart from these affairs, he was also rumored to have dated several other ladies including Natalie Portman, Lea Seydoux, Minka Kelly, Rachel McAdams and few others. Gyllenhaal helped Chris Fischer and Amy Schumer to meet each other who are currently dating.

The Donnie Dark actor, Gyllenhaal currently resides in Los Angeles and besides this, he addressed Paul Newman and Jamie Lee Curtis as his godparents. In addition, he is the godfather of Matilda Rose Ledger (daughter of Michelle Williams and Heath Ledger).

In 2006, he was listed as 50 most Beautiful People and even in the Hottest Bachelors of 2006 by PEOPLE. He was even listed in AfterElton.com's Hot 100 List for playing a gay character in a movie. In 2012, he was listed in 50 most talented, intelligent, funny and gorgeous Jewish men in the world by Shalom Life.

In the spare time, the handsome actor enjoys cooking and woodworking. He also loves mediation as he believes in Buddhism. Apart from this, he has a keen interest in politics as Jake Gyllenhaal used to participate in several Presidential campaign of John Kerry.

The 36 years old actor, Gyllenhaal has a good height of 6 feet (1.83m). He is one of the famous actors in the industry who appeared in numerous movies from which he is presently successful to collect an eye-catching net worth of $65 million.

Some his movies that grossed a high collection at the box office include:

Besides movies, he also earned from the stage shows, theater shows, advertisements and others. He earned more than $1 million from the endorsements and sponsorships. He also appeared on the show, Man Vs. Wild with Bear Grylls from which he made a good amount of money.

After earning from various sources, Jake Gyllenhaal also spends much to the charity works like he spent $400 per year planting trees in a Mozambique forest.