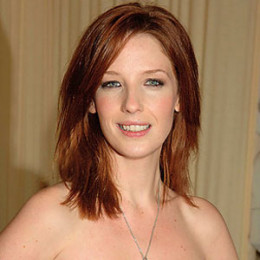 Empire Award-winning actress, Kelly Reilly became the star of the London stage and received a nomination for a Laurence Olivier Award for Best Actress as well. Reilly is also famous for her works such as Flight, Eden Lake, and Mrs Henderson Presents among others. Reilly is currently married but has no children yet. She is married Kyle Baugher.

Kelly Reilly was born Jessica Kelly Siobhan Reilly on 18th July 1977 in Surrey, England under the birth sign Cancer. Reilly is British by nationality and belongs to Caucasian ethnicity.

Reilly is the daughter of a hospital receptionist mother and a police officer (Jack Reilly) father. She has a brother, Neil Reilly.

Reilly studied drama for GCSE (General Certificate of Secondary Education) at Tolworth Girls’ School in Kingston. At the young age of 16, she dropped out of school and moved to London to pursue her career in acting.

Kelly Reilly, at the initial phase of her career, wrote letters to the producers of the TV drama, Prime Suspect asking for some work.

Six months later, she gave audition for the TV series, Prime Suspect: Inner Circle and was selected for the role of Polly Henry. The same year, she appeared in the series, The Biz.

Reilly appeared in her first movie, Maybe Baby in 2000. A year later, she appeared in the movie, Last Orders alongside Michael Caine, Helen Mirren, Bob Hoskins, Tim Courtenay, and David Hemmings, among others.

Along with movies, she also worked in numbers of TV series like- Bramwell, Rebecca, Pie in the Sky, Wonderful You and Joe’s Palace among others.

Reilly, however, is popular for her roles in some of the movies and series like

As of 2018, she is working as a lead role in TV series, Britannia, and Yellowstone. Along with acting, she also performed in After Miss Julie at the Donmar Warehouse, which made her London stage star.

For her amazing works in movies and TV series, Reilly was nominated for several prestigious awards and also won some of them. She won Empire Awards, London Film Critics’ Circle Awards and National Board of Review Awards for her performance in Mrs Henderson Presents.

Kelly Reilly's net worth is $5 million. She has done many successful movies in her career.

Here the list of movies that made a good collection at the box office.

Born and raised in Chessington, Surrey, Reilly has been active in the entertainment field for 20 years. Her father worked as a police officer for 25 years, all over south London, Lambeth, Southwark, during the Brixton riots.

Reilly loves to ride horses, cook for friends and go for long walks in her leisure time. She spends a lot of time across the pond and likes to travel on airplanes.

Reilly lived on the borders of Sussex and Surrey and New York, where her boyfriend also lives. She did not reveal more about her boyfriend at the beginning.

Kelly Reilly is married but has no children yet. Reilly married Kyle Baugher, a financier, in 2012. The wedding ceremony was attended by the limited guests including her close relatives. The couple has been married for over five years and shares a good relationship.

Reilly’s husband is supportive and backs her dealing with decisions making regarding her career. The couple is together without any buzz or any consequences.

Prior to this, Reilly was engaged to Jonah Lotan, an Israeli actor. The pair called- off their engagement by the end of 2011.

Besides, she is active on social media. As of December 2018, she has 21.4k followers on Instagram.

Reilly is not actively involved in social networking sites.

In 2012, Kelly Reilly married to Kyle Baugher in a private ceremony. Baugher is a financer and supports Reilly in her career.