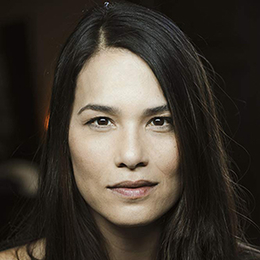 American actress, Kimiko Gelman has worked in the numbers of movies and TV series from where she earned both name and fame. Among all, she is famous for her role in her debut TV series, Rags to Richie where she portrayed the role of Rose Foley.

Kimiko Gelman is a married woman. The star is living a blissful life with her husband. They also share a child.

Gelman tied the knot to her boyfriend turned husband John Prosky on 17th September 2000 in a private ceremony attended by friends and family. Her spouse John is an American film and TV actor. He worked in several TV series including ''NYPD Blue'' starring Kim Delaney, Dennis Franz, and James McDaniels among others.

The husband-wife couple shares a son named Joe. Their kid was born in 2013. 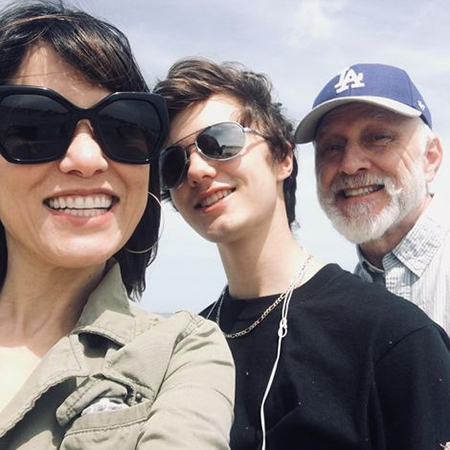 Kimiko Gelman is posing with her husband and son.
SOURCE: Instagram

Before marrying John, Kimiko was married to Jeff Cazanov. Her ex-husband is a non-celebrity. Moreover, the relationship between them did not last long and divorced soon.

Kimiko Gelman is active in the Hollywood industry for more than three decades. From the long span of her career, she undoubtedly makes an impressive net worth.

The actress holds the net worth of around $1 million to $3 million. She collects the amount from her acting career.

Galman further appeared in several movies that made an impressive collection at the box office. Some of them are:

Along with films, the star also appeared in numbers of TV series. In 2017, she appeared in Netflix TV series, ''13 Reasons Why'' starring Dylan Minnette, Sheena Midori, and Katherine Langford among others. Moreover, a TV star makes an average annual salary of $150 Thousand to $1 million.

Not gonna lie this week was cool#friendsfamilywork

Stick on marriedwiki.com for more detail.

Kimiko Gelman was married to Jeff Cazanov. The relationship between them did not last long and divorced soon. They shared no children.

Kimiko Gelman is married for the second time with actor John Prosky. They tied the knot on 17th September 2000.

Joe is the only child of Kimiko Gelman and John Prosky. Their child was born in 2013. He is very close to his family.