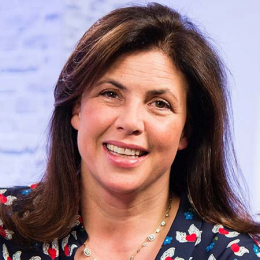 British television presenter Kirstie Allsopp is best known as co-presenter of Channel 4 property shows including "Location, Location, Location"; "Relocation, Relocation" and "Location Revisited". She is currently busy in her own company entitled ‘Raise The Roof’ which devoted to promoting, nurturing and showcasing Scottish talent.

Kirstie Allsopp is living together with her beloved longtime partner Ben Andersen for nearly two decades however, Ben is not her husband as the couple hadn't married till date. Also, the duo shares a diamond-strong bond as they are together since 2004. 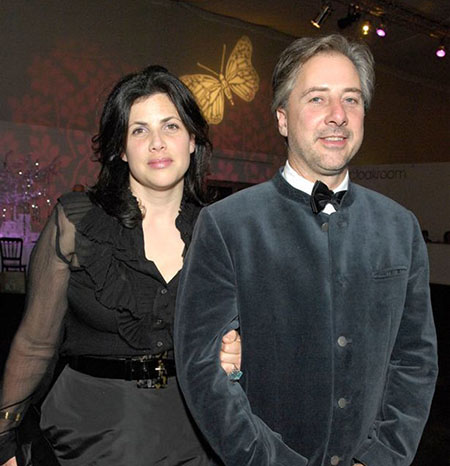 Kirstie and Ben first met at a Conservative Party fundraising event on April 2004. The duo began their romantic journey of love, 5 months after the self-made tycoon split from his wife of six years, Theresa, an Oxford graduate and trainee psychoanalyst.

If you're lucky enough to be in New York head to Oscar's Place, it's run by Neil who came here in '83 from Buckinghamshire and says he's a lifer, we stumbled across it yesterday and came back again for breakfast this morning. charming place, perfect location & delicious food. Excuse misty photo, not some clever app, the lovely lady who offered to take a pic didn't mention layer of sun cream on lense. #nyc

Allsopp and Andersen are blessed with two children. They welcomed their first child as a son, Bay Atlas Andersen in 2006. Afterward, Kirstie gave birth to her second child a healthy born boy, Oscar Hercules Andersen 2008. The telly star is also a stepmother to her partner's two children Hal Andersen, 18 Orion Andersen, 15 from a previous relationship.

Besides, Kirstie is often mistaken to be married to her co-presenter, Phil Spencer. Their onscreen chemistry may be enough to fool viewers into thinking they’re a real-life couple as they even share a “Kirstie and Phil” website. However, Kirstie denied the rumor stating,

"We have the same things at heart but we are very different personalities."

Besides, Phil is married to Australian wife Fiona Spencer, 47 since 2001. The couple even shares two sons named Jake Spencer, 11, and Ben Spencer, 8.

What is the Net Worth of Kirstie Allsopp? Know about her Earnings, Salary

Kirstie Allsopp possesses a net worth of $21 million all thanks to her lucrative career as a British television presenter, author, and businessperson. Furthermore, Allsopp bags a salary of around $561625.00 per year for her line of work. 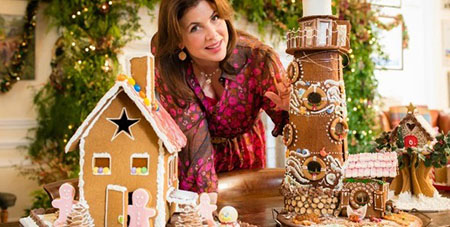 Kirstie owns a six-bedroom holiday cottage in rural Devon called Meadowgate, purchased back in 2008 worth $336975.00 which is available to rent for $3931.38 a week. She also had a manor house on the outskirts of Broadhembury.

Kirstie hosted her own shows namely “Kirstie Handmade Britain,” “Kirstie Vintage Home” and “Kirstie Home Style” which also helped her to garner a good sum of money. She also published her books like;

Kirstie even set up an established and well respected independent TV company, Raise the Roof Productions with Phil and long term business partners Jane Muirhead. No doubt, this also helps to add stacks to her bank. 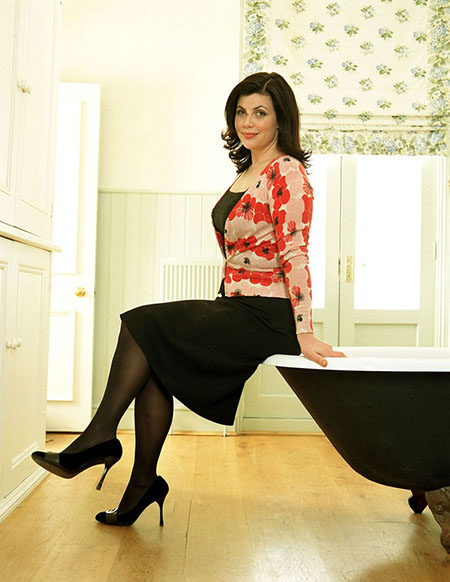 Kirstie Allsopp and Ben Andersen welcomed their first child as a son, Bay Atlas Andersen in 2006 after being together for four years.

Kirstie Allsopp and Ben Andersen welcomed their second child as a son, Oscar Hercules Andersen in 2008.