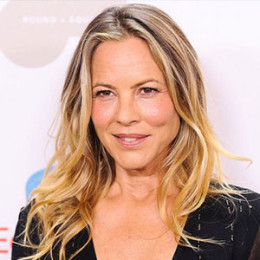 American actress and writer, Mario Bello is one of the prominent Hollywood actresses known for her roles in Permanent Midnight, Payback, Coyote Ugly and The Cooler. She is active in the film industry since  1992 and till the date, she worked in a number of movies and TV series.

Maria Bello was born on April 18, 1967, in Norristown, Pennsylvania, the U.S. to Kathy Bello, a school nurse, and teacher, and Joe Bello, a contractor.

Bello grew up in a Roman-Catholic family along with her two brothers, Joseph Bello and Christopher Bello, and one sister, Lisa Bello.

Bello graduated from Archbishop John Carroll High School in Radnor, Pennsylvania where she was a varsity cheerleader. Then she majored in political science at Villanova University.

Following her graduation, Bello enrolled in a number of New York theater productions to enhance her acting skills.

Bello got her big break in 1996 after she was chosen for the role of Mrs. Smith in the TV series spy show, Mr. & Mrs. Smith, though the series was canceled after eight weeks on the air. Later, she approached for the third season of ER as pediatrician Dr. Anna Del Amico. 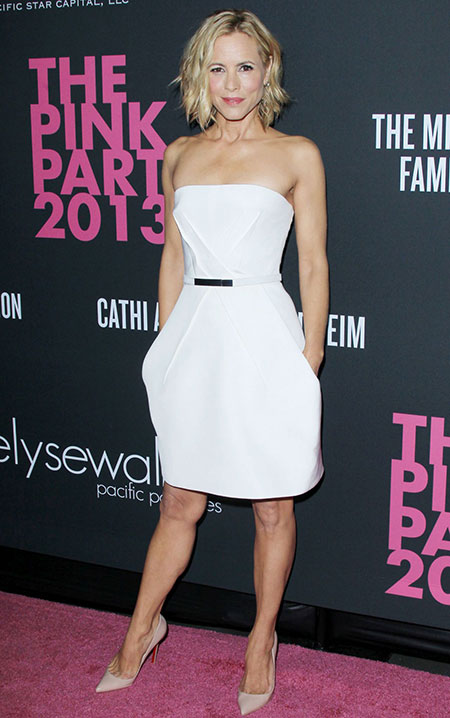 The actress made her film debut in 2000 in Coyote Ugly and nominated twice for the Golden Globe award for her role as Lil Lovell. Some of her popular screen credit includes The Mummy: Tomb of the Dragon Emperor, The Yellow Handkerchief, Prime Suspect, Demonic and others.

In 2008, Bello started developing a drama for HBO. She also became a founding board member of the CQ Matrix Company in 2010.

Bello was honored with RiverRun International Film Festival's Jury Prize for The Sisters in 2006 and National Board of Review Award for Prisoners in 2013.

Maria Bello's estimated net worth is $8 million. She earns more than $125K+ per episode from her appearances in the TV series. Similarly, she made $500k+ from movies.

Bello starred in a number of box-offices hit movies and some of them are enlisted below;

Maria Bello is openly bisexual. In November 2013, she announced her sexual orientation in an essay titled "Coming Out as a Modern Family," in The New York Times. She often shares a picture with her close friend, Lorraine Silvera and people started speculating whether they are dating or not.

Nine years ago this week, a tragic earthquake in Haiti killed more than 230,000 people. Meeting this glorious woman @lolosilvera was the biggest blessing for me to come out of that tragedy. I will never forget the days, weeks and months after, as a ragtag group of us travelled back and forth to the beautiful, broken island. We saw the best and the worst of what humanity was during that time. I will never forget the kindness of my fellow journeymen especially #FatherRickFrechette @alisonthompsonofficial @brynmooser @jphro @pattyarquette @donnakaranthewoman @artistsforpeace @drrezanabavian @paulhaggis I really do believe in a God that is good and hold onto the idea that beauty and grace can come out of the darkness. Thank you to my soul sisters in Haiti who are continuing to rebuild their country @alexhippiechick @simbiatelier @cosmicbirdayiti And my dear @lolorestaucap My life would be lonely without you. Thank you my friend.

Previously, Bello was in a romantic relationship with her TV executive boyfriend, Dan McDermott from 1999 to 2006. The exes share a son, Jackson Blue McDermott who was born on March 2001.

In 2008, A History of Violence star flirted with a waiter named Bryn Mosser at a family birthday party and later they got engaged in a private ceremony. Unfortunately, they separated after a while. 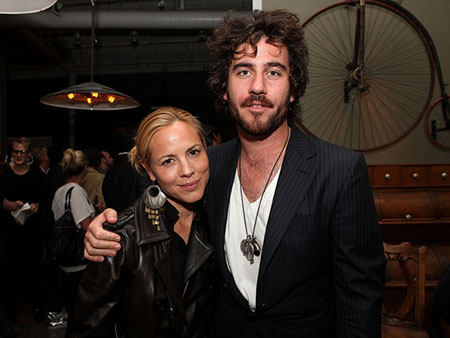 Then, Bello dated her then-friend, Clare Munn and she is the godmother of Maria's son. However, the couple split apart at the beginning of 2016.

After splitting with Munn, Maria Bello rekindled her romance with her much younger former flame, Elijah Allan-Blitz who is nearly 20 years junior to her. Blitz co-directed a promotional video for her 2015 book. The couple broke up after a short period of time.

Bello shares a good bonding with Mariska Hargitay and Carrie-Anne Moss. She is an avid dog lover and pets two dogs. Bello garnered 77.3k+ followers on Instagram. As of now, she lives in California with her son.

Mario Bello founded an organization named WE ADVANCE, after the 2010 Haiti earthquake, along with her friends. She is also a member of Darfur Women Action Group which helps genocide victims from the Darfur conflict.

In 2015, she released her first book, "Whatever...Love Is Love: Questioning the Labels We Give Ourselves."

Jackson Blue McDermott was born on March 2001. He is the only child of Mario Bello.