Home Article Who is Milo Manheim Dating To? Know More His Dating Life, Girlfriend, and Family

Who is Milo Manheim Dating To? Know More His Dating Life, Girlfriend, and Family 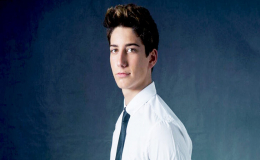 The 18-year-old actor reality TV star Milo Manheim is in the public eye since he was six. He has worked in over dozen of musicals, however, he came into prominence by the role of Zed in the 2018 Disney Channel Movie, Zombies.

The Dancing with the Stars participant Milo Manheim's relationship status always creates curiosity among his fans. Now, is he single or currently in a relationship? Know all the details here.

Is Milo Manheim currently Dating? Know about his Relationship Status and Girlfriend

The actor Milo Manheim is presently in no confirmed relationship; however, many fans assume that he is dating actress Meg Donnelly. The couple was together in the Disney Channel's Original movie Zombies alongside actor Trevor Tordjman and Kylee Russell. The movie was a success, and its sequel is currently on production stage.

The rumor of Milo dating his co-star started when he posted a sweet message for Meg on her birthday. He posted a picture of them and called her his baby. Take a look at the post below and judge for yourself, whether they are just friends  or more:

MY BABYYY 19!!! You already know how lucky I am to have you in my life. Everyday I’m so grateful we had to do 5000 chem reads for zombies cuz there is nobody else I could’ve imagined going on this crazy adventure with - shmoo

Similarly, Meg also posted an adorable picture of them on his birthday on March 6. Check the post below:

The young actors are yet to comment on the rumor, so their relationship cannot be confirmed. However, it won't be surprising if they are dating because it is not unusual for celebrities to fall in love with their co-stars on the movie set just like the happily married couple and soon to be parents  Blake Lively and Ryan Reynolds also fell in love while working on the film The Green Lantern.

So, Hopefully, Milo and Meg also join the long list of celebrties that has sucessful romantic relationship with their co-star.

Know about Milo Manheim's  Past Affairs including Ex-Girlfriends

The reality TV-star, Milo was previously dating Instagram star and model Holiday Mia Kriegel. The love birds started dating in Feb 2018  and openly went into date nights and attend events together. On June 5, 2018, the couple participated in the premiere of the movie The Incredibles 2, which featured actors such as  Holly Hunter and Catherine Keener. 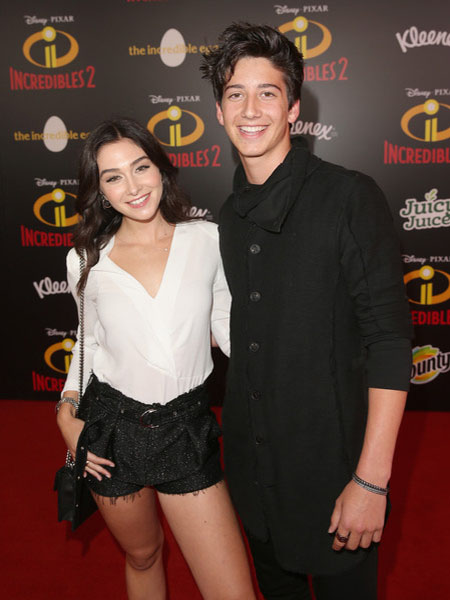 The young love, however, could not last long, and the pair split on October 2018, only after a few months of dating. The reason for their breakup was not made public.

bet you have no idea where we are

It was not the first time; they posted a candid photo of them on Instagram. They previously also shared sweet pictures of one another on respective social media. The pair never commented on the rumor, and the rumors died down slowly.

Milo Manheim's Family Structure is Unconventional; Know about his parents

The actress Camryn welcomed her only son just two days before her 40th birthday. She was not in any relationship and wanted to be a mother by 40, so she conceived Milo trough sperm insemination.

Camryn tried to keep the sperm donor hidden for a long time. However, it was later revealed that Milo's biological father was Camryn's gay model friend Jeffrey Brezovar. 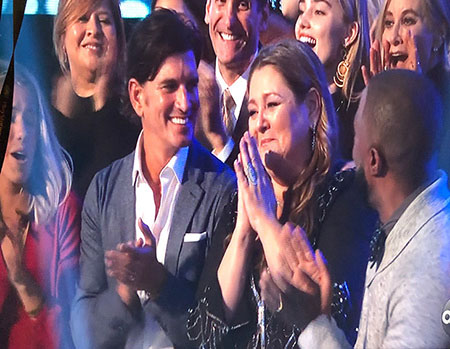 Milo Manheim father and mother are cheering for him on the finale of DWTS.
SOURCE: Hollywood Life

Though the family structure is different, however, the love between them is the same as another family. Both parents are close to Milo and support his career and root for him at every step.

who let this zombie graduate