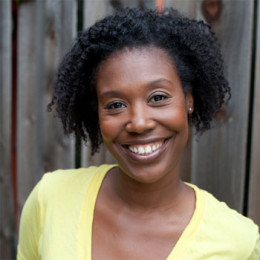 Nia Renee Hill is an actress and has worked in several series like- Santa Clarita Diet, and Lila, Long Distance. She is also a writer and has her own entertainment blog, Xo Jane. Hill is married to her longtime boyfriend, Bill Burr. The husband and wife together are proud parents of their only child.

Not just in the acting field but she also worked in the costume an dwardrobe department on 2014 movie  Pizzazz: Where's My Movie?

Nia Renee Hill married her longtime boyfriend, Bill Burr in September 2013. He is a stand-up comedian and an actor by profession. They've been united as a life partner for seven years now.

They started dating after meeting on the sets of a comedy show. From the day of their first meeting, the cupid began seeing one another. Indeed, they fell in love at first sight. 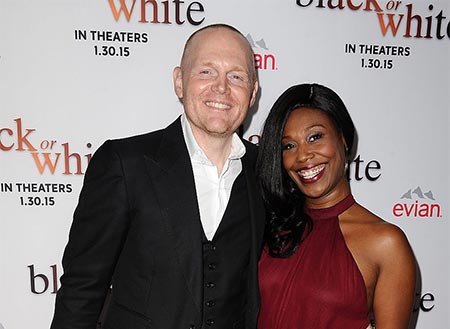 Nia, as well as her beau, was later listed on the richest list of the 10 Hottest Wives and Girlfriends of Comedians. Burr is best known for his performance in Netflix like Let It Go, I'm Sorry You Feel That Way, You People Are All The Same, and Walk Your Way Out.

On 20th January 2017, the couple welcomed their only child named, Lola. The whole family currently resides in Los Angeles, California. He discussed his newborn baby during his appearance on Jimmy Kimmel Live.

Either of the parties has ever been involved in extramarital affairs nor there's a sign of disputes between them. Santa Clarita Diet star is a supportive wife and loving baby mama. The starlet never misses sharing a moment they've spent together on socials.

Nia celebrated Valentine's Day 2019 and wished her fans posting a childhood image of her via Instagram post.

How Rich Is Nia Renee Hill?

Nia Renee Hill has an estimated net worth of $2.5 million in 2019. However, the exact amount of her earnings isn't confirmed yet. Hill earned a good amount from her acting and her blog. Nia shares a Jaguar XF, which is worth $48,770.

Hill's partner Bill Burr possesses an estimated net worth of $8 million as per Celebrity Net Worth. Whereas, The Richest claims, Burr possesses a net income of $6 million. He's acclaimed for featuring on Chappelle's Show run by Dave Chappelle.

Hill made her Hollywood debut from the TV series, Lila, Long Distance. She appeared with Amiee Conn, Dawn M. Green, Jordon Krain, and Iris Hill among others. She then acted in Did You Look for Work This Week? by Dawn M. Green.

Hill also appeared as a guest on her husband’s podcasts; namely, You Made It Weird, The Joe Rogan Experience, The Nerdist Podcast, The Monday Morning Podcast, and The Adam Carolla Show among others.

Hill is also involved in writing. She has her blog named, Xo Jane where she writes on topics related to the community site and women’s lifestyle. In her content, ‘’I’m A Balck Woman Who Dates White Guys,’’ she advised people about,

‘’what to say, and not say, to people involved in interracial relationships.’’

Hill’s other blog, ‘I Never Thought I Would End Up Here I AM: My Life As A Kept Woman’ is all about her struggle in life. She even mentioned her life took a turn after her husband came to her life.

Nia Renee Hill was born on 2nd June 1969, in Los Angeles, California. Hill is American as per nationality, and as far as her ethnicity is concerned, she is African-American.

Her mother and stepfather raised her along with her brother after their parents divorced. Nia Renee Hill is a versatile lady involved in multiple professions like- acting, filmmaking, and writing.

Nia Renne Hill tied the knot with her longtime boyfriend, Bill Burr in September 2013 in a private ceremony. Burr is American stand-up comedian and an actor.

Lola is the first child of Nia Renee Hil and Bill Burr who was born on 20th January 2017. She is now a year old.