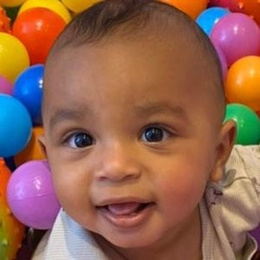 The adorable Psalm West is the youngest child of rapper Kanye West and his former wife, aka TV personality & businesswoman, Kim Kardashian.

Psalm West Was Born Via Surrogacy

Psalm West currently might be just a toddler, but there's already so much to learn about the son of socialite Kim Kardashian and her former spouse, Kanye West, who were better known as Kimye as their shipping name before their divorce in 2021. 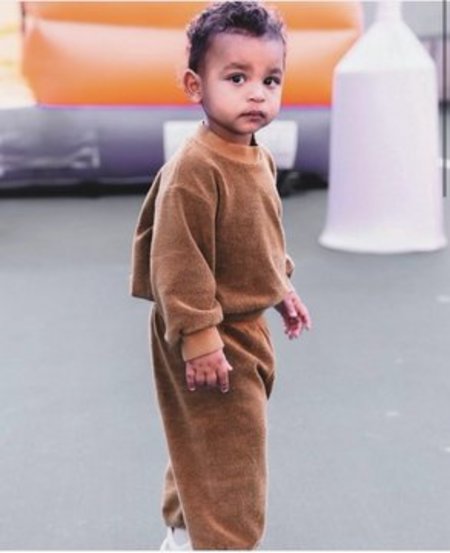 Psalm West was born via surrogacy in May 2019. SOURCE: Instagram

Well, Psalm who was given a Christian name by his parents was born in May 2019 via a surrogate mother. His mother confirmed the birth of her youngest child through Instagram and later, there were also episodes of Keeping Up With the Kardashians that showcased the arrival of birth and the celebrations that were followed by.

West was healthy weighing 6 pounds, 9 ounces at the time of his birth. However, the identity of Psalm's surrogate mother is a mystery. On the other hand, Psalm is not the only child of Kim and Kanye who was born via surrogacy as his sister Chicago West was also born from the same procedure.

Psalm is often seen on his mother's Instagram pages alongside his other siblings including eldest sister North West and eldest brother Saint West.

As the son of Kim Kardashian and Kanye West, it's not just the popularity and fame that Psalm West initially inherited through his parents as he will also inherit their money. Speaking of which, he is the son of two billionaires. Psalm West alongside his parents and siblings for a family photo. SOURCE: Pinterest

Psalm's father, Kanye West has accumulated a net worth of more than $1.3 billion through his music and business ventures. As for his mother, Kim Kardashian is expected to hold a net worth of no less than $780 million.

Not to mention, Psalm lives in a $60 million worth mansion in Los Angeles where his father also lived previously before he split and divorced his baby mama. And, in the future, the billion dollars wealth of West and Kardashian will surely be divided among Psalm and his siblings.