Home Article They Dated, They Broke-Up, Yet Together; Inside The Relationship Timeline of Miley Cyrus and Liam Hemsworth; A Love Story Worth Fighting For

They Dated, They Broke-Up, Yet Together; Inside The Relationship Timeline of Miley Cyrus and Liam Hemsworth; A Love Story Worth Fighting For 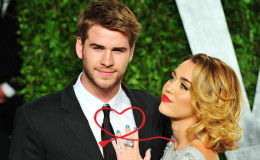 The love story of Miley Cyrus and Liam Hemsworth is epic on its own. With repeated ups and downs; few breakups, glimmers of hope, drama, broken engagement, still, the couple is still going on strong in their romance.

The love story of Miley Cyrus and Liam Hemsworth is epic on its own. With repeated ups and downs; few breakups, glimmers of hope, drama, broken engagement, but yet the couple is still going on strong.

It's almost a decade since the two first met in the set of The Last Song. At one glance, it seems as if though their relationship was made in heaven. Today let's take a look at how the decade-long relationship unfolded and how they managed to stay together despite all the ups and down.

Cyrus and Hemsworth famously met on the set of The Last Song. They portrayed the role of a young couple who fall in love during one emotional summer. 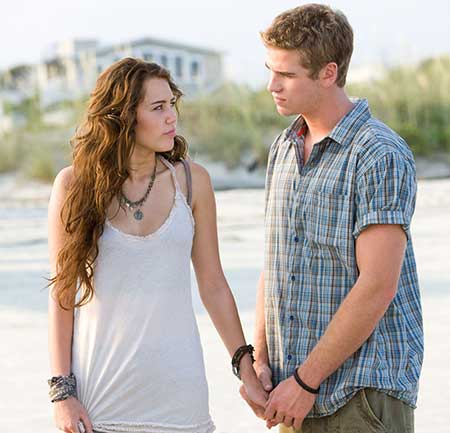 Miley Cyrus and Liam Hemsworth in The Last Song
Source: US Weekly

Speculations of their romance spread like a wildfire immediately the same year. And in the same year, during an interview with Seventeen, she called Liam her 'best friend'.

The two made their relationship official making their red carpet debut as a couple. They attended Elton John's AIDS Foundation Oscar Viewing Party. 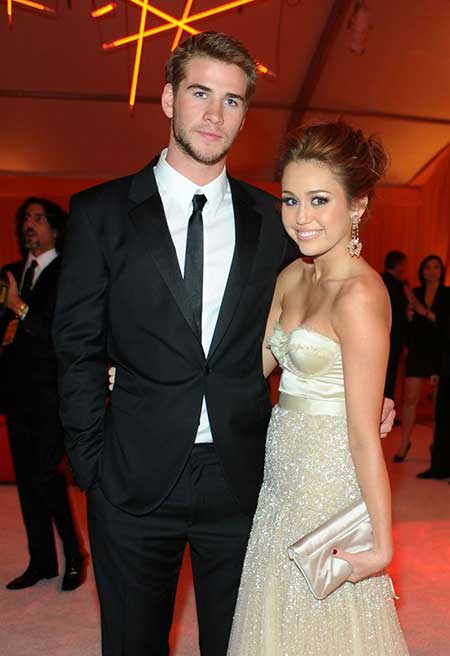 It was at this moment when we all knew the happening couple are indeed dating. A few weeks later after confirming their relationship, they also walked side by side down the red carpet during the premiere of The Last Song.

Due to Cyrus's busy schedule and some other personal reasons, the couple faced their first breakup.

Surprisingly, the two were spotted eating together in September. It simply suggested that they were back together. 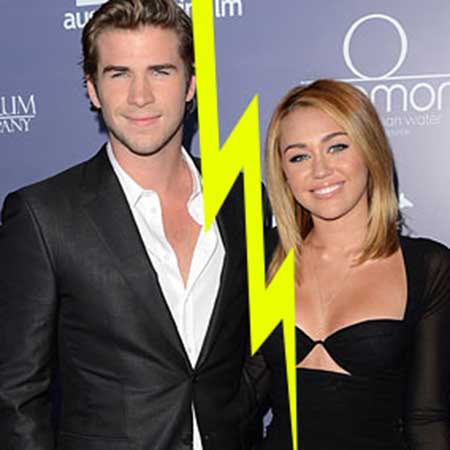 They didn't take much time to split apart the second time within a month in November. A source told E! News,

"It's just a timeout. He's in Australia and she is on her European tour."

The two seemed to get back together the following year in April 2011. Sources reported that they are taking it slow and steady that time.

Cyrus attended the premiere of The Hunger Games with Liam. Rumors about their betrothal spread when she was spotted wearing a beautiful ring on the very finger.

I'm not engaged. I've worn this same ring on this finger since November! People just wanna find something to talk about! It's a topaz people!

Though the co-stars turned lovers denied their engagement in past, they revealed the wonderful news in June 2012. 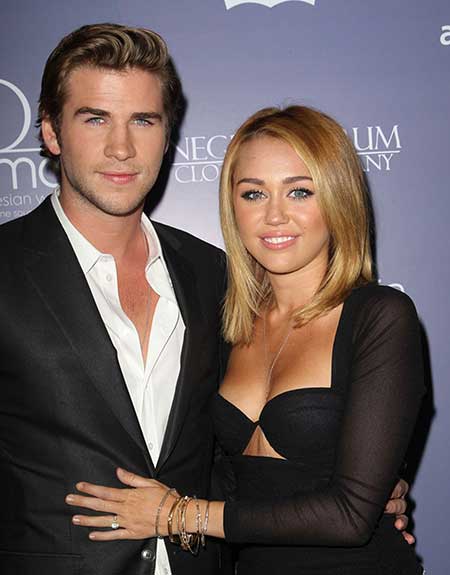 "I'm so happy to be engaged and look forward to a life of happiness with Liam."

Rumors about their breakup grabbed everyone's attention when Hemsworth was seen hanging out with January Jones. It's the same time Miley fired back at Perez Hilton for accusing her of cheating on Liam with Ed Westwick.

The next month, Breakout singer was spotted without her ring. Soon, the ring was back on her finger making everyone believe that they are still on the track.

Cyrus and The Hunger Games star called off their engagement in September 2013. Miley unfollowed Liam on Twitter and her rep confirmed the news about their break three days later.

Soon after the major incident, Miley seemed highly devastated while performing 'Wrecking Ball', the song believed to be about Liam.

Around the same year, Liam was soon spotted with Mexican singer and actress Eiza Gonzalez.

Piley (Miley and Patrick Schwarzenegger) was born. In March 2015, Schwarzenegger was spotted with a mystery woman. The two broke up in April 2015. 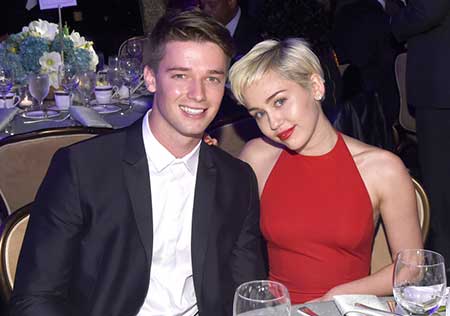 She was rumored to be dating Victoria's Secret model Stella Maxwell. Miley called herself a pansexual in the Elle UK's new issue. It's believed that her songs including Malibu, She's Not Him and Week Without You was related to her brief romance with the model.

Cyrus reunited with Hemsworth to help him adopt a dog named Dora. They remained good friends despite their breakup earlier.

Certainly, Dora's adoption seemed that they were back together all again at least as friends.

"They just wanted to keep their relationship out of the spotlight while they figured things out. Liam never liked how exposed his life was with Miley."

Further, the sources added that Cyrus is 'making changes for their relationship to work'.

"Miley wants to get married. His family was very hesitant about a marriage in the past, but they really got to know Miley better when she spent time in Australia a few weeks ago. Everyone seems excited that they are back together."

They were spotted together for the first time after engagement in April 2016.

Thinking about how lucky we are to spend Doras first Xmas together as a fam! Our big and beautiful rescue! What a perfect holiday present for your family to ADOPT & SAVE a life! Think about it! If you go for it send me pictures you know I am obsessed with animals! Obvi! #adoptdontshop

Occasionally, the two appeared on each other's social media posts. Miley finally confirmed her engagement during an interview with Ellen DeGeneres in October.

Enjoy the full video below: 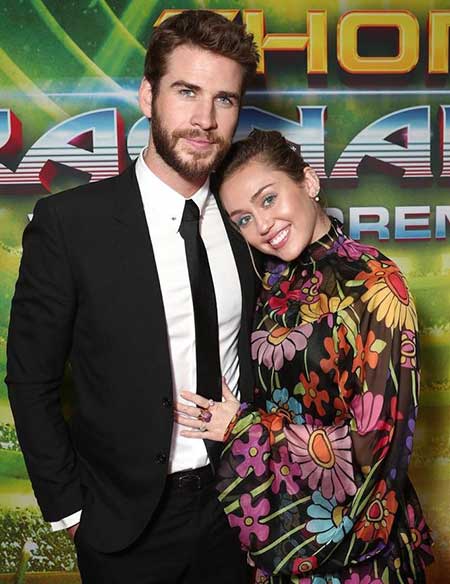 The couple looked drop-dead gorgeous together, isn't it?

Over Thanksgiving weekend, Cyrus sparked pregnancy rumors when she uploaded an image of herself wearing an oversized gray shirt. The image captioned #VeganTurkeyBaby.

So close to b-day time! Stoked for a day full of Tofurkey & loved ones! Ain't it ironic? #VeganTurkeyBaby

As her pregnancy news spread all of a sudden, she responded to the pregnancy speculations via Instagram writing,

"Not pregnant just eating a shit ton of tofurkey. Rude!!!!" 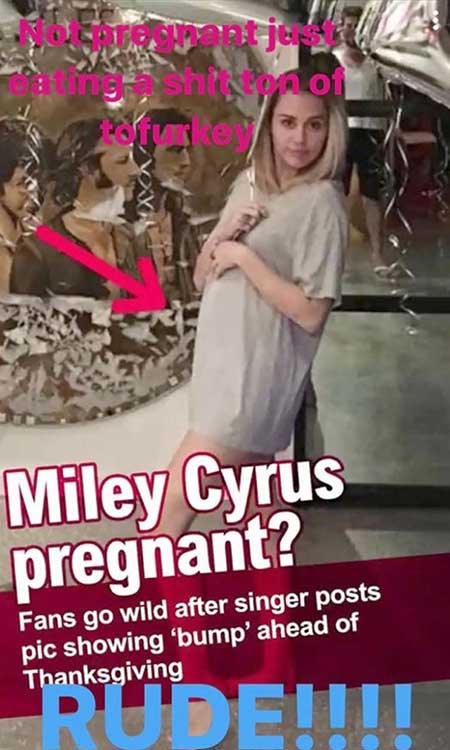 The couple started their life together this year celebrating the birthday of The Elephant Princess star on 13 January. She posted a collage of the two via Instagram.

The couple made two red carpet appearance together at the 90th Academy Awards at Elton John's annual AIDS Foundation party and the next at the Vanity Fair after party.

The pair looked so good together. We are sure, their appearance in both the events are still in memories of most.

The couple hasn't made headlines since the major event. We are sure the couple is planning for something amazing for their future.