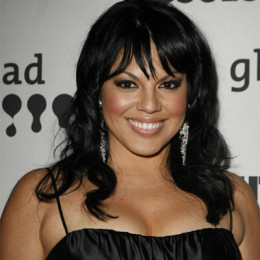 Mexican-American singer, actress, and songwriter, Sara Ramirez has bagged a Tony Award for Best Featured Actress in a Musical. She played Dr. Callie Torres in Grey's Anatomy which is a medical drama. She graduated from Juilliard School and later she attended San Diego School of Creative and Performing Arts. Her first professional debut was in The Capeman (1998), playing the role of Wahzinak.

Sara Ramirez was born on August 31, 1975, in the northwestern coast of Pacific coast of Mexico to a Mexican father and mother of Mexican and Irish-American descent. When she was eight her parents' divorce after which she stayed with her mother. They moved around for a while before finally settling in Tierrasanta, San Diego, California.

Ramirez showed interest in music from an early age which encouraged her mother to enroll her at San Diego School of Creative and Performing Arts. She auditioned to get a spot in the school which revealed her singing talent. During high school, she also acted in participating in stage productions.

Her performance in Into the Woods, Hello, Dolly! and Miss Hannigan got a recommendation for the Juilliard School, New York City. She earned a degree in Bachelor's of Fine Arts(Dramatics). Following her graduation, she again trained as an alto singer at Julliard.

A casting director discovered Ramirez while still at Julliard, which led to her breakthrough role of Wahzinak in Paul Simon's Broadway musical The Capeman. The production received negative reviews, but Ramirez's performance received good reviews from critics. The same year she made screen debut appearing as Rose, a minor character in You've Got Mail which starred Tom Hanks and Meg Ryan.

The following year, her performance in The Gershwins' Fascination Rhythm earned her an Outer Critics Circle Award nomination. In 2001, she appeared in Broadway production for Edward Kleban's A Class Act. Following 2001 she got a ton of acting jobs in different productions such as Fascination Rhythm, Dreamgirls, and The Vagina Monologues. She also guests starred in TV series such as NYPD Blue, Law & Order: SVU, Spin City and Third Watch among others.

Her career took a turn after she played Lady of the Lake in John Du Prez and Eric Idle's musical Spamalot. In 2015, the musical opened on Broadway gaining a lot of positive reviews. Her performance was also praised winning her a Tony Award for Best Featured Actress in a Musical and Drama League Award for Distinguished Performance.

In 2006 she landed the role of Dr. Callie Torres in Grey's Anatomy. She initially started as a recurring character in the second season of the series joining the cast of Ellen Pompeo, Sandra Oh, Katherine Heigl, Justin Chambers, and Kate Walsh among others. She was part of the series till 2016.

She is also recognized for her voice role in TV series Sofia the First. She voiced Queen Miranda in the series. In 2017, she was cast in political drama series Madam Secretary as Kat Sandoval appearing alongside Tea Leoni, Tim Daly and Patina Miller among others.

Ramirez got engaged to Ryan DeBolt, her longtime boyfriend in June 2011 in Paris, France. On July 4, 2012, the couple got married in a private beachside ceremony in New York. Her husband is a business analyst at TIMEC.

She is bisexual which she announced in October 2016 at 40 To None summit organized by True Colors Fund in Los Angeles, California. She wrote an email to The Huffington Post that her coming out publically was very 'organic and natural.'

She is a supporter of LGBT rights and often campaigns for the community. She is an active member of San Francisco LGBT Centers, True Colors Fund's Board of Directors and The Task Force.

She also supports the Bisexual Organizing Project, Mujerez De Maiz, and NDLON. For her work as an activist, she won Ally for Equality Awards by the Human Rights Campaign Foundation in 2015. In September 2016, she donated her hair to Locks of Love.

Ramirez's estimated net worth is $5 million. She accumulated her million dollar fortune from her acting and singing career. She is a Tony Award winner which surely hiked up her salary as an actor.

Also, Ramirez appeared in 241 episodes of Grey's Anatomy. As per sources, she earned $125k per episode for her role in the series which totals up to $30 million.

He works as business analyst at TIMEC. Though he is not so much popular his picture along with her can be found in different sites.