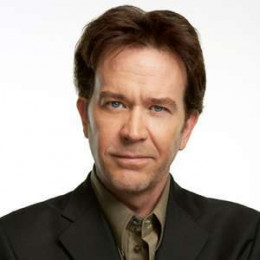 One of the amazing actor and director Timothy Hutton is a successful person in Hollywood. The son of actor Jim Hutton, Timothy received stardom early in his career. After doing a few small parts on television, he was cast in his first feature film, Ordinary People, and won the Best Supporting Actor Oscar for his performance. He is the youngest male actor to win the Academy Award for Best Supporting Actor, which he won at the age of 20 for his performance as Conrad Jarrett he dedicated his award to his father. In 2014, Hutton was cast opposite Felicity Huffman in John Ridley's ABC crime drama American Crime.

It can be said that Timothy is a handsome man with good looks and charms, and if he wasn’t anything worth than he clearly wouldn’t be such a successful actor. He was first married to Debra Winger on the March of 1986 but divorced in 1990, after having one kid. Then he married his second wife Aurore Giscard d'Estaing in early 2000 and eight years down the road, they too got divorced with one kid together. He has been in over a dozen and more different affairs with women like Patti Davis, Elizabeth McGovern, Melissa Gilbert, Demi Moore, Uma Thurman and Angelina Jolie. He is a father of two children although there are rumors that accuse him to be sexually gay.

From 1986 to 1990 Debra Winger was married to actor Timothy Hutton with whom she had a son, Noah Hutton, a documentary filmmaker born in 1987. The marriage ended in divorce.

Milo Hutton was born on September 11, 2001. He has one elder brother from his father's previous relationshiip.