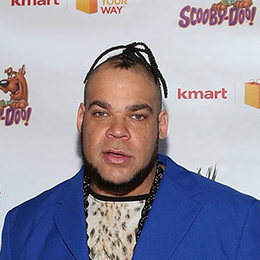 Former World Wrestling Entertainment wrestler, Tyrus currently enjoys a great career as an actor and co-host. However, he's more famous for his wrestling career, being part of WWE as well as Total Nonstop Action or TNA. He gained popularity in WWE and even getting the name, The Funkasaurus for his personality.

Tyrus Likes To Keep His Relationship Status Hidden; Father of one Daughter?

The American actor is quite secretive when it comes to opening up about his intimate life. It's almost impossible to crack any detail of his personal life, as in if he's dating or still single. Although he's private about it, he once opened about his relationship status and mentioned himself to be out of the dating life and also confirmed he's not married till then.

Born as George Murdoch, Tyrus is in a relationship with his then-girlfriend, Ingrid Rinck. Although the former WWE star hesitates to open up about it, the couple had a decent relationship and even share a daughter together named Georgie.

His flame is the CEO of Sensible Meals who helped Tyrus with 125 Ibs weight loss. Her company generally deals with the "reducing food portion program." 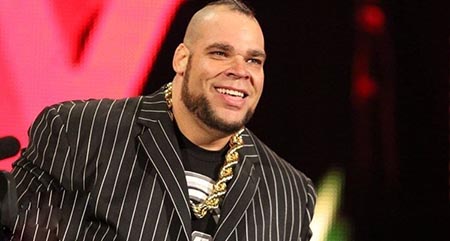 "Supercon" star also opened up more about it and said, he has two children. Nevertheless, he didn't share any further information about his children and made it clear, he keeps everything private and wants his kids to be as they are. Talking about his privacy, he said,

"I think it's important to separate work and your personal life. I don't think -- not everybody -- not every stranger should know every part of your life, you know? There's parts of your life that I think you should enjoy and is yours. And because I've spent so much time of my life on the road and grew up basically without a family, I'm very protective of mine."

The 6'8" tall guy tries to avoid any talks about his personal life and rather focuses on his professional one. He also explains, the privacy of his family is the topmost priority for him and he'll make sure to say away from social media that ruins the privacy.

"Beast of the Water" star previously hosted a show 'Un-Pc" alongside co-host, Britt McHenry. Sometime later McHenry accused him of sexual harassment and filed a complaint against him. 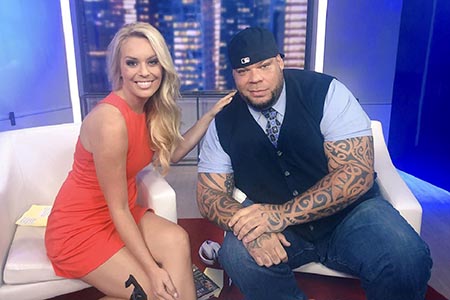 Precisely, Tyrus sent her some inappropriate messages as reported by sources. One of the messages sent on around November 2018 to January 2019 said,

"I love the fact your always working if we ever had sex I feel like after an orgazzum you say speaking of feeling good did see the story on the puppy rescue we should do a segment on it hand me my phone."

The two worked for the show in Fox News, who later spoke about the situation, releasing the statement. The statement read,

"While we are not at liberty to discuss the details of any employee matter, we follow strict protocols when matters such as these are brought to our attention, and we make no exceptions. The process works because of the extensive systems and measures we have instituted. This situation was independently investigated and we consider the matter resolved. We respect the confidentiality of all involved."

Tyrus chose to stay silent about the situation and didn't respond right away. Nevertheless, he was not suspended from the show but moved to host another show. He later got his own show, "Nuffsaid".

Besides, Tyrus had a long history of misbehavior and making off politically incorrect jokes. Apart from it, previously, a few similar cases came to the network and hosts like Bill O'Reilly and Eric Bolling were fired for similar behavior.

The American actor and former wrestler built his career in the entertainment industry establishing his name for over a decade. Moreover, with the career he holds, he accumulates the net worth of around $400,000.

"The Purge" star actor enjoys a decent career as an actor and a former professional wrestler for World Wrestling Entertainment. Well, an actor in the Hollywood industry grabs around $53,000 a year from his/her performance in the movies and series. As a wrestler, he also had a modest earning all along as the main roster star makes about $500,000 every year.

Tyrus Had A Rough Childhood; Belongs to Mixed Race

Biracial, Tyrus was born to a black father and a white mother. He had a pretty rough childhood as he explained his father and mother parted ways after his father damaged Tyrus' eyes by hitting him. Moreover, he grew up facing racism and being unable to live at his mother's parent house just because his father was black. 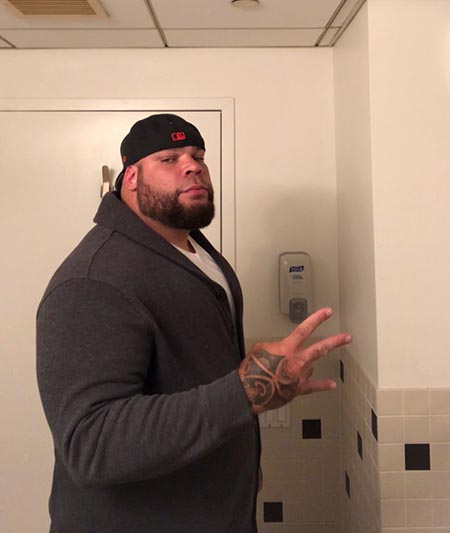 Former WWE wrestler, Tyrus got a good education, attending Quartz Hill High School in Los Angeles and later, Antelope Valley College in 1992. Also, he went on to become a teacher after studying at the University of Nebraska at Kearney.

Besides, he had a permanent limp after removing the ruptured appendix severed nerve endings which ended his dream of a football career. The big guy stands 2.03 meters or 6'8" tall and loves shaving his head.

Similarly, he has brown eyes. Besides, he was the former bodyguard of an American rapper, Snoop Dogg, and Tyrus'  character, Brodus Clay comes after Snoop's real name which is, Calvin Broadus.