Home Article Know About The Personal Life Of Candace Owens; An Avid Donald Trump supporter-Is She Married Or Dating Someone?

Know About The Personal Life Of Candace Owens; An Avid Donald Trump supporter-Is She Married Or Dating Someone? 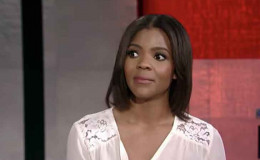 Candace Owens has been grabbing wide media attention being the avid Donald Trump supporter. The American blogger and YouTuber have garnered a great deal of fame for publicizing her support for the Republican Party.

We all are updated about her political views but what about her personal life? Is she secretly married or dating someone? What is her relationship status? We have all the details here.

Candace Owens' Personal Life; Is She Secretly Married Or Dating Someone?

Candace Owens, 29, the famous American conservative commentator and activist has always been grabbing media attention for being an avid supporter of the Republican Party.

In May 2018, she suggested that "something bio-chemically happens" when a woman doesn't get married or bear children throughout her life. Though she made her comment on the theory via Twitter, we are still unaware of Owens' personal life. 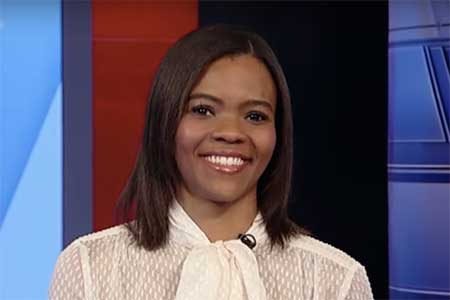 Candace Owens is most probably single at present.
Source: The Wrap

She's tight-lipped when it comes to her personal life. So everything is still a mystery whether she's married or dating someone in secret.

Since no information about her personal life is available, we can assume that she is single at the moment and is focused on her career. As per her statement, she definitely wants to become a mother and a wife, guess we just have to wait a little longer to see that.

Prominent Black republican Candace Owen is very much open about her relationship status and dating life.

Owens is currently in a relationship with a white man, George Farmer. Farmer, her fiance, is the editor of Tuning Point UK- a far right news republican in the U.K.

I feel like twitter is the proper place to annouce to everyone that I’m getting married at the end of this year to @GTSFarmer.

He’s the love of my life and I couldn’t be happier. #BrexitMeetsBlexit pic.twitter.com/YXgfqdH0ip

According to Owens, the lovely pair is getting wedded at the end of 2019.

I am madly and truly in love with George Farmer. And I get to marry him at the end of this year. I can’t wait to be his wife.

This time Owens is open about her lovely relationship with her boyfriend as the guy frequently appear on her Instagram posts.

In 2016, she launched a website named SocialAutopsy.com that works on exposing bullies on the Internet. She came in controversies violating others privacy and in return, people began posting her private details online.

She received the support of conservatives involved in the Gamergate controversy including Trump supporters  Mike Cernovich and Milo Yiannopoulos.

In 2017, she became the prominent part in conservative circles for her pro-Trump commentary. It was the same year she began posting politically themed videos on YouTube.

She posted her first YouTube video named Mom, Dad... I'm a Conservative on 9 July 2017. Some of her popular videos include WTF? Black Lives Matter Has A List of Demands for White People, Dear Celebrities: NOBODY CARES WHAT YOU THINK!!!, and I Don't Care About Charlottesville, the KKK, or White Supremacy.

She gained huge fame and notoriety is an avid support of Donald Trump and the GOP.

Kanye West Tweeter 'I love the way Candace Owens thinks' in April 2018. She appeared as a guest on Fox News in 2018.

She is the Director of Communications at the advocacy group called Turning Point USA. 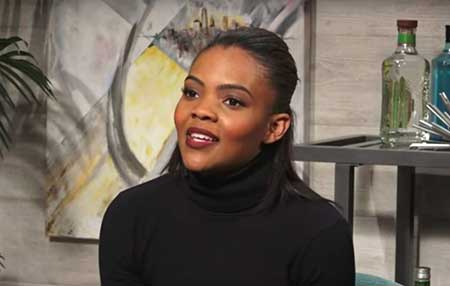