Home Article American Rapper T Pain Is Married To Wife Amber Najm Since 2003; Are They Planning To Have Babies?

American Rapper T Pain Is Married To Wife Amber Najm Since 2003; Are They Planning To Have Babies? 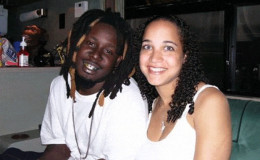 American Rapper T Pain Is Married to Wife Amber Najm Since 2003. Are They Planning to Have Babies or already had? Know about T-Pain personal life.

Along the successful life, the passionate love life runs along. Many of the iconic figures fail to do so but not T-Pain. Faheem Rashad Najm better known as T-Pain shocked the world after the rapper revealed the precious love of his life. He kept privacy to his marital relationship with his wife for more than 18 years!

The American rapper, singer, songwriter and record producer, T-Pain often features with many artists. Yet, he never faces controversy linking with any women in Hollywood. But, a majority of his fans still question; 'How did he manage to keep his relationship a secret?' 'Who else knew that T-Pain Married?' Let's find more about his married relationship with his wife including his career!

T-Pain' Married Relationship With His Wife

Oh Yes! T-Pain is a married man. He married Amber Najm in 2003, however, he kept his relationship a secret from his fans. Their relationship now crosses 18 years of a voyage. Even so, the fans heads and hearts are burning rapidly because T-Pain still likes to keep his marital life pretty low profile.

Happy Birthday to my love. I picked this old ass picture cause it’s one of my favorites. I’m so proud of you. And I love that God has blessed me with getting to witness and be apart of your journey on this earth. I love that I’ve gotten to watch you become such an incredible, selfless, hilarious, fun, amazing man, and I can’t wait to have many many more awesome birthdays with you my love, my twin flame. Love you to the ends of the universe and back. @tpain

The American rapper shocked his fans after his tweet brought a huge twist in his life. However, T-Pain didn't mention the main real reason behind his secret.

Rather he talked about how much he loves his wife.

My marriage has turned into a nightly routine of my wife and I running down the list of reasons we should go to bed early so we can wake up and get shit done the next day, then by the 675th cat gif on reddit we both yell “how the fuck is it 3am?!” Worth it. I love her.

Talking about his wife, born in Melbourne, Florida, Amber graduated from the Florida A&M University. Moreover, she worked in the American military. Besides, the tattooed women help her husband in his studio work too.

Also, Read: Rapper 2 Chainz is living a blissful life with wife Kesha. Know about his married life and children

After getting bombarded by questions as to why they kept their marriage a secret, the pair managed their way out smoothly. As of now, the couple shares a beautiful and strong relationship with their kids.

The American rapper and record producer, T-Pain made fortune out of his career. As of now, the rapper's estimated net worth is around $35 million.

As a kid, Faheem turned his bedroom into a music studio. In 2004, he joined rap group 'Nappy Headz'. Later he worked on a cover version of Akon's single "Locked Up" and recorded "I'm F****d Up". This gained the attention of Akon, who then signed T-Pain to Konvict Muzik.

You May Read: Zayn Malik and Taylor Swift recently released their music video together: He is dating model Gigi Hadid: Couple might get married soon

Initially, T-Pain started singing after he came to limelight. He frequently released songs but his major break came out of his album Rappa Ternt Sanga, on December 6, 2005. Being certified as Gold by the RIAA, the album reached thirty-three on the Billboard 200 with the sale of 500,000 units.

Besides, T-Pain made guest appearances on multiple songs with many artists. T-Pain featured on "I'm a Flirt" (remix) by R. Kelly with T.I., "Good Life" by Kanye West, "Kiss Kiss" by Chris Brown, "Low" by Flo Rida, and "Shawty" by Plies. 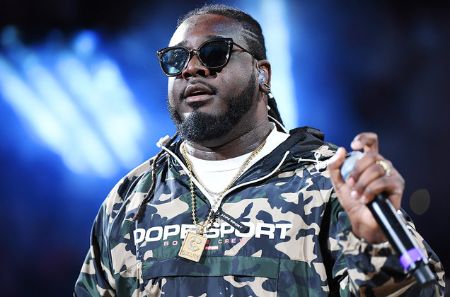