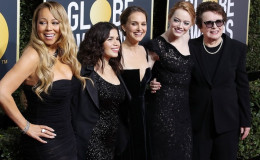 2018's Golden Globes turned out to be the most powerful event that supported the cause to unite in solidarity with victims of sexual harassment and had some of the best moments till now.

Unlike the past Golden Globes which usually focused on glamour and successful movies, 2018's Golden Globes turned out to be the most powerful and purposeful that supported a cause, a cause to unite in solidarity with victims of sexual harassment and gender inequality in the industry.

The impromptu duet of Kelly Clarkson and Keith Urban took the event to a harmonious level making the crowd cheer out loud at the Golden Globes. The pair stood together to present the award and after announcing the nominees for Best Original Film Song, both leaned towards the microphone and even sang the phrase, "And the Golden Globe Goes to!"

Kelly Clarkson and Keith Urban singing on the #GoldenGlobes is almost more than we can handle! pic.twitter.com/oUMirzfBrK

The performance lasted briefly but it was definitely one of the highlights of the event.

James Franco won the Golden Globes for Best Actor in Musical or Comedy for the movie "The Disaster Artist." and to enlightened his source of inspiration, he called up the notable director, Tommy Wiseau from "The Room." 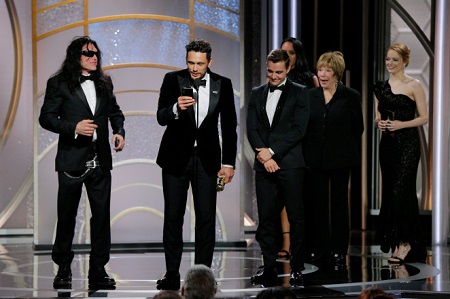 Franco revealed how way back Wiseau had driven past the Golden Globes and complained about his lack of invitation but Tommy definitely stole the show!

Sterling Brown bagged the Best Actor in a Drama Series for the popular series, "This is Us" making him the first black actor to win the big title in the category. His acceptance speech brought tears to everyone and thanked the show's creator, Dan Fogelman for writing such an incredible piece for a black man. 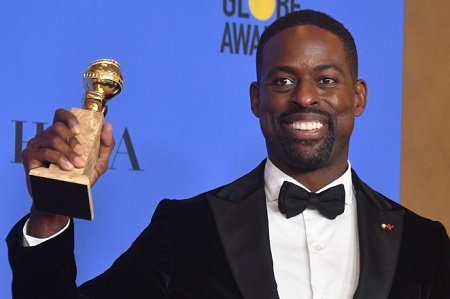 "I’m being seen for who I am and appreciated for who I am. It makes it that much more difficult to dismiss me."

The crowd applauded and it was a proud moment.

Seth Meyers is known for his unconventional comic timing and funny scripts in the popular live variety show Saturday Night Live but on Sunday's Golden Globes, he definitely made smart yet awkward jokes, slamming all the sexual assailants of the Hollywood, particularly Harvey Weinstein and Kevin Spacey. 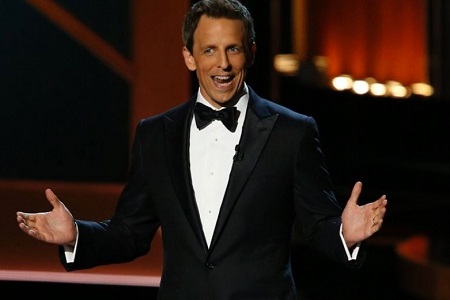 The first jab on actor Kevin Spacey was how glad he was that "House of Cards" was renewed by Netflix adding that he wondered if Christopher Plummer would be available now to play Kevin Spacey's role (Frank Underwood) since he already replaced Kevin as J. Paul Getty in the Ridley Scott Film.

1. Stars Glammed in Black In Solidarity

2018's Golden Globes started off with a brand new purpose, an aim to show solidarity by all, dressing up completely black to support the victim of sexual assault that has drawn the attention of everyone. Time's Up is the movement that was founded in 2018 against sexual harassment in response to Weinstein effect and #MeToo. 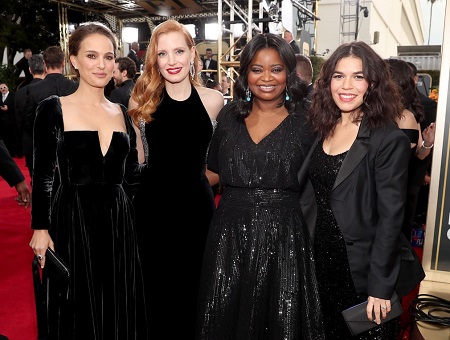 Most of the Globes attendees descended on the red carpet event at The Beverly Hilton on Sunday wearing completely black, united in solidarity with sexual assault victim which is one of the best moments of 2018's Golden Globe. All the hot celebs including Kerry Washington, Jessica Biel, Angelina Jolie, Catherine Zeta-Jones, Natalie Portman, Jessica Chastain looked their best in the black attire.