Home Article Amanda Cerny is not dating anyone: Once was in a relationship with several Hollywood stars: Currently focused on her career

Amanda Cerny is not dating anyone: Once was in a relationship with several Hollywood stars: Currently focused on her career 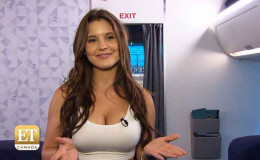 An American fitness professional, television personality, and model who is better known as foundeAll in all, we really hope, that the hot 26-year-old, keep on posting amazing and funny videos and wish she finds out right man for her to finally settle down.r of Play Foundation.

The hot and sexy "Playboy" model turned popular YouTube star Amanda Cerny is too gorgeous and hot to handle.

Her hot and fab body, funny Vine videos, sexy nudes in Playboy Magazine is much talked about but recently, she has come on spotlight due to her controversial relationships with famous celebrities.

If you are one of the huge fans of the model and wants to know about her relationship status than stay with us!!!!!!

YouTube star, Amand Cerny is in a romantic relationship with her longtime boyfriend, Johannes Bartl. He is a Vegan fitness model and athlete who is also known as an actor, social media star and YouTuber.

They first met in 2016 and it wasn't loved at first sight. Bartl was introduced to Cerny as a fitness trainer and eventually fell in love.The couple confirmed their relationship in 2017. She often posted pictures with her boyfriend on Instagram which gives major relationship goals to her fans.

Amanda Cerny has a huge number of followers on Instagram as of 2018 she has millions of followers. She is also active in YouTube since 2011 on her self-titled channel, Amanda Cerny.

The pair is giving us a perfect example of 'couple just made for each other' in every aspect. Just have a look at one of their posts in July 2018 on Instagram:

The adorable pair has nothing to hide from their fans and loved ones.

Amanda Cerny's Past Affairs and Relationships

Amanda's dazzling smile and super sexy looks can make any man go crazy for her and there's no doubt that she has a long list of men on her dating profile. 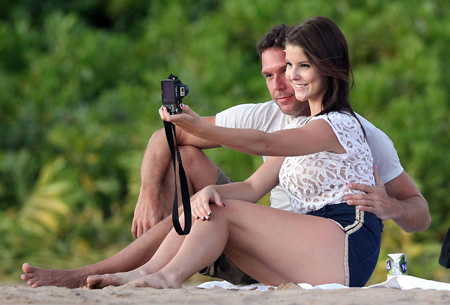 Back in 2011, Amanda dated the popular actor/comedian, Dane Cook, as they were spotted showing off their perfectly toned body, sharing smooches and hugs together in Hawaii beach in August 2010. 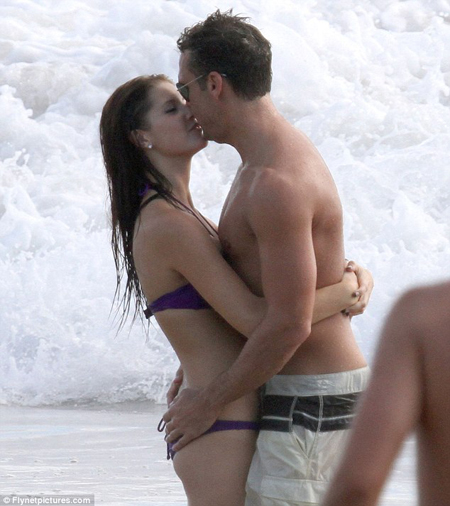 The sizzling couple dated for a brief period of time and broke up during the same year. Well, we can guess can the duo were not looking for anything serious and parted ways under mutual understanding.

Both Amanda and King Bach are popular Vine stars famous for their funny Vine videos compilations. Sources report that the pair dated for about a year in 2015 while working together. 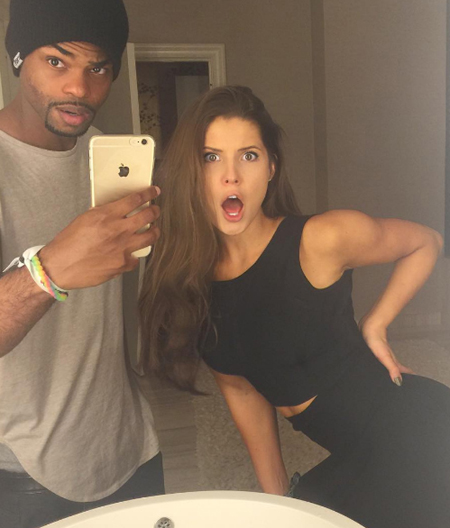 The amazing pair were releasing their vine videos together, that made them an internet sensation worldwide. Unfortunately, they split up without any convincing reasons whatsoever.

As for now, the two are just good friends and still work together as a professional Vine star.

Here is a video compilation of BEST of Amanda Cerny and King Bach Vines & Instagram Videos 2016.

As for now, King Bach is dating his fellow Vine star, Liane Valenzuela. Though the couple has already broken up seems like the couple is still very close to each other. Recently Amanda shared a post on her Instagram account with King Bach and they seemed quite cozy and comfortable with each other.

Not only Amanda but Kingbach is also posting pictures of them together. Being their fans we would be very happy if they are getting back together.

Only the time will tell about their relationship.

Rumors went on like a wildfire on the web when the sexy vine star and Playboy's Miss October, Amanda posted a video of her hanging out with the singing sensation, Justin Beiber, back in 2016. 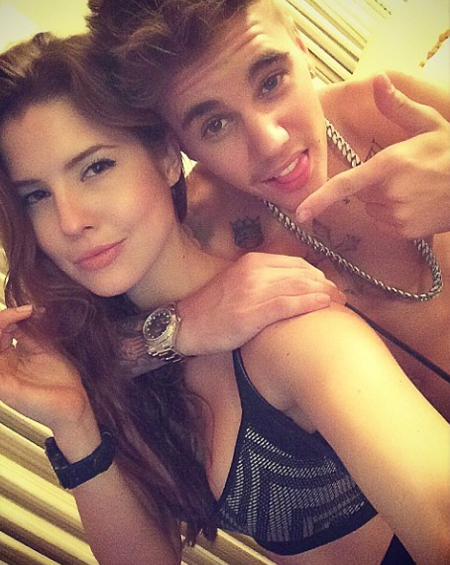 The pair was spotted at celebrity hotspot, The Doheny Room, in West Hollywood, where both of them were singing and dancing, as reported by Hollywood Life.

All in all, we really hope, that the hot 26-year-old, keep on posting amazing and funny videos and wish she finds out the right man for her to finally settle down. For more recent news and updates about your personal favorite stars, keep following our page!