Ruby Rose is happily Dating Singer Jessica Origilasso: Know about her Past Affairs and Relationship 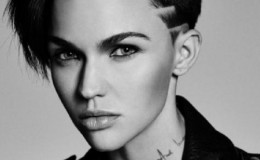 An Australian model plus VJ, Ruby Rose is currently dating Jessica Origilasso and happy with each other.

An Australian model, VJ plus actress Ruby Rose is well known for her work in Orange Is The New Black. However, she is mostly in the news because of her link ups and relationship.

Ruby is dating a singer, Jessica Origilasso since 2016. So, today let us discuss the cute couple!!!!!!!

Ruby is in a relationship with Jessica Origilasso since 2016. They were rumored to be dating in 2008 and were in and off the relationship.

But now they have made their affair official. Jessica is an Australian actress, singer plus a fashion diva. The couple spends most of the time together and shares a strong bond.

Ruby and Jessica posts several intimate pictures on social networking sites. The couple has a great chemistry between them and is in deep love. 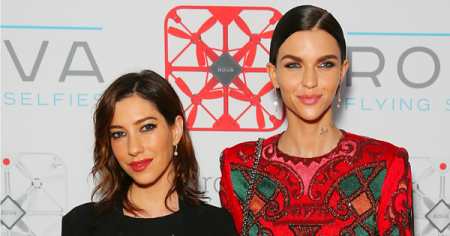 Jessica and Ruby together in an event, Source: Mamamia

The couple were together in 2008 and later they separated for some unknown reasons and now from 2016, they are again together and happy than before.

Past Relationship with Harley Gusman

Before Jessica, Ruby was in a relation with Harley Gusman in 2016. They both were spotted together in many places spending quality time together.

But the relation does not work out much so spilt after just two months of romance.

The reason behind the break up was her ex-girlfriend endangered Ruby's best friend, Courtney Africa McLellan's life being reckless on a jet ski. 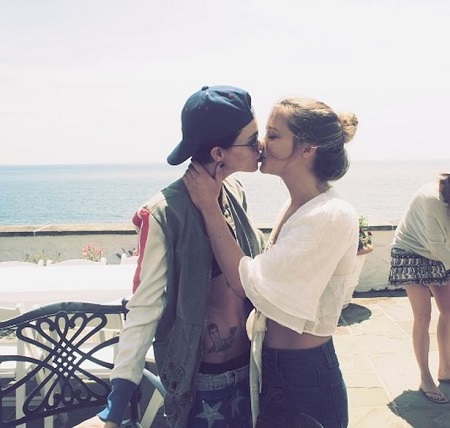 Ruby and Harley kissing each other, Source: Mirror

After the break up the couple deleted most of their pictures from the social networking sites which they posted when they were dating.

Well, it is not an easy job to find the perfect match for you. You sometimes need a second chance but for Ruby, she has already been engaged twice.

Maybe the girl is looking something very special in her would be wife. What say, Guys!!!!!!

Ruby and Phoebe Dahl were dating since 2012. Phoebe is a British-American activist, fashion designer plus philanthropist who is the founder of the charitable fashion line Faircloth & supply.

After the two years of relationship, they finally engaged in 2014 and announced their engagement on the social sites. 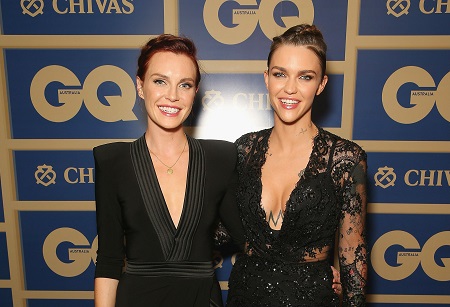 Phoebe and Ruby in an event, Source: Cosmopolitan

After a year of engagement, they broke up for no specific reasons and were not ready to reveal the reason as well. Their split up was tragic and has still some feelings for each other.

Though they are separated their feelings for each other has not ended yet.

@FAIRCLOTHSUPPLY remains very dear to my heart. I will forever treasure our time together. I’m a better person because of all we shared.

Was also Engaged to Catherine McNeil

Ruby engaged to Catherine McNeil in 2010 after a year of link up.

Sadly, the couple separated after a year of engagement. Even after the break-up, Ruby share an old photo of them. 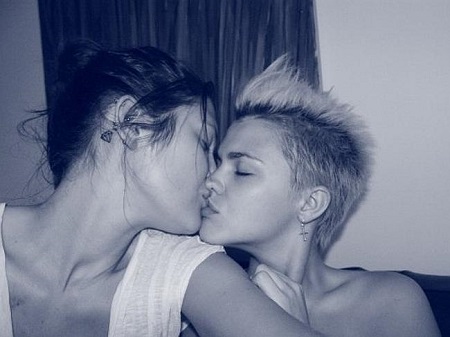 Catherine even congratulated Ruby when she landed a role on Orange Is The New Black even after the separation. 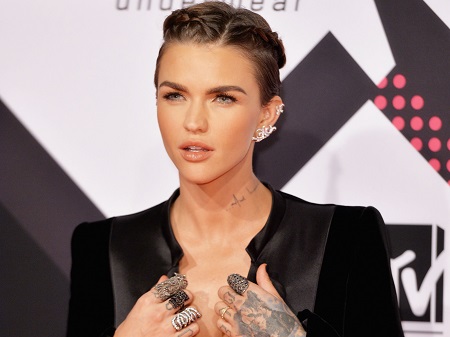