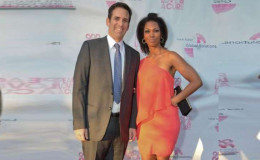 Harris Kimberly Faulkner the American news reporter and television host of Fox News Channel is happily married to Tony Berlin since 2003. They are a busy successful couple but it does not mean that do not have time for each other. There is no chance that there is any problem between the couple or any news of divorce and are in the journey of life with each other.

Every time she walks down the hall of FOX News Channel headquarters, her tall stature, strongly determined face and big smile make everyone inspired to do better in their work. She's worked along with famous FNC's reporters including Megyn Kelly, Bill O'Reilly, Tucker Carlson, Kimberly Guilfoyle, Dana Perino and so on.

Newscaster Harris Faulkner and husband Tony Berlin are enjoying their married life who's also a reporter along with two daughters. The powerhouse couple is giving us serious relationship goals.

When Harris was working for KSTP-TV as a news anchor and Tony was working at WCCO-TV as a newscaster, he got to know about Harris through a mutual friend Dave and decided to meet her.

He said to Faulkner, “I've got a guy who wants to meet you.” Faulkner was hesitated to meet she said, “I'm very flattered, but…”

She did not meet Tony at that time, but later met him at the reporter Julie Nelson's birthday party. 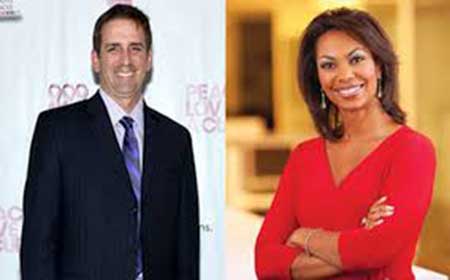 Tony was with his date and did not make his move. Later Nelson relayed a message to Tony from Faulkner. Their first date was just normal grabbing a drink or two after work. It was for a short time, but Tony did not give up on Harris.

Tony called her for the next dinner date after a week. The duo eventually started dating, and finally, in 2002 he proposed his love.

Berlin wished a very 'Happy Birthday' to her loving husband via an Instagram post of the two on 30 July 2018. Have a look:

Let's wish all the very best for the amazing relationship of the pair.

They tied the knot on 12 April 2003 in a small Arizona resort south of Tucson; the wedding was small with only 50 guests attending the event. 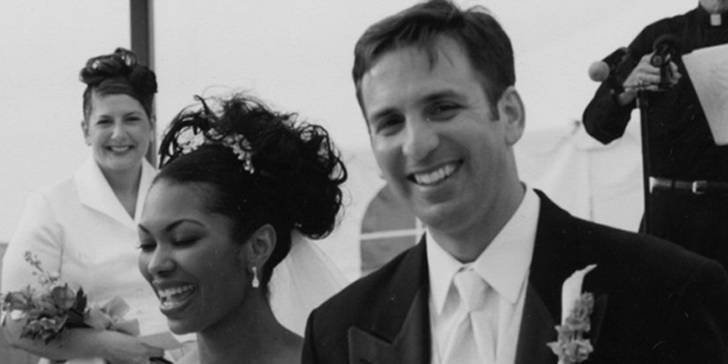 Harris Faulkner and Tony Berlin getting married in 2003

The ceremony was in both Christian and Jewish faith. It was the same year, she got 2003 Emmy award for best local Anchor. Talk about good luck eh!

Although Harris and Tony both are a career-oriented couple, they spend as much time as possible with their family. They have two lovely daughters.

Bella Berlin who was born in 2005 and on the same year she won her Emmy Award for Best Newscaster and Best News Special. Danika Berlin the younger daughter, was born in 2008.

Harris is happily married to Tony Berlin. He is also a newscaster and currently working in a PR company. It all started in 2000 when both met.

The professional career of Harris Faulkner

The six-time Emmy Award winner Harris started her career in journalism as a freelance writer in LA Weekly. She was also an intern at KCOPTV in Los Angles, and then she moved to Greenville and worked as an anchor in WNCT-TV.

Her career grew, and she was seen on FOX NEWS LIVE, FOX REPORT, and Fox news extra and Outnumbered. 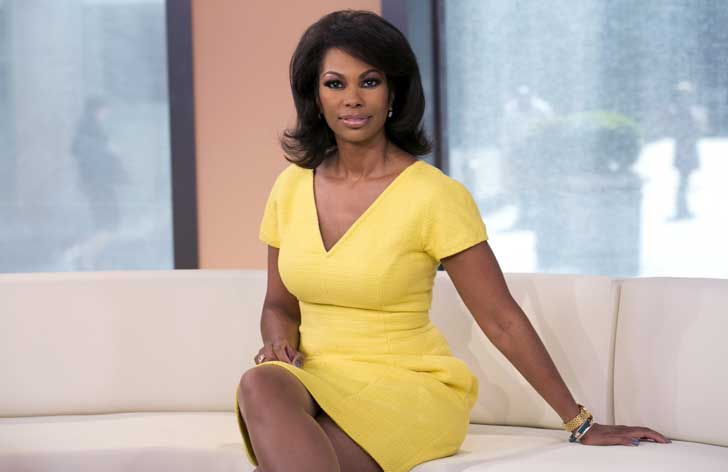 The professional career of Tony Berlin

Experiencing childhood in Los Angeles, California Tony had one big sister and was raised by a single mother.

In the wake of building up enthusiasm for reporting related field, he got selected in Occidental College and concentrated on Political Science (BA).

Working for quite a while as an understudy in PBS Newshour, he contemplated finishing his Master's degree and did as such from the American University's Graduate School of Communication.

At that point, he started his expert Career with ABC Today’s Show: Good Morning America. Amid, this time, he met his future spouse.

With her adoration and backing proceeded onward to work and pick up encounters amongst some huge organizations like New York Times, Huffington Post, FOX News, CNBC, USA Today, Time Magazine and The Wall Street Diary.

Recommended: Television host Wendy Mesley is happily Living with her Daughter. Know about her Married Life.

His solid career in the media field likewise saw him act as a field maker (producer) and stay at WCBS-TV. He was likewise a maker at Washington, DC Bureau of Cox Broadcasting. As of now, he is the CEO and president of Berlin Media Relations.

Well, it's evident that Harris and Tony are a perfect couple. They are best in their jobs and as parents too. We just hope that God bless this couple with all the happiness that they deserve.

Harris Faulkner On Bill Shine Accepting White House Role, Being A Woman Of Color At Fox, check out the video;