Home Article Nina Dobrev and Glen Powell are Rumored to be Dating: See the couple's Relationship, Past Affairs, and Career

Nina Dobrev and Glen Powell are Rumored to be Dating: See the couple's Relationship, Past Affairs, and Career

A gorgeous popularly known Vampire Diaries actress Nina Dobrev is rumored that she is dating Glen Powell. So to know more about their relationship, career and their past affairs lets go with the flow.

Nina Dobrev is widely known as the Vampire Diaries actress who is currently rumored for her relationship with Glen Powell. As per the source, Dobrev and Powell are spending lots of time together and their growing closeness is making headlines these days.

So, is the couple actually dating? What is actually cooking between these two let us find?

Nina Dobrev and Glen Powell are Rumored to be Dating

Hollywood's two beautiful actors Nina Dobrev and Glen Powell are allegedly in a relationship. As per the source, both of them were friends before that evolved into something more than the friendship.

They were found enjoying together on the occasion of the new year in Texas as they were watching fight night in onesie party. 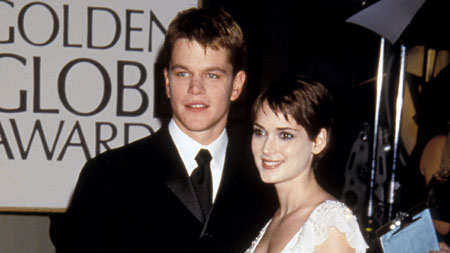 According to a different source, it is mentioned that Mr. Powell and Dobrev like each other. As said by Glen he told that Dobrev is his kinda girl.

Well, they have already met each other's parents where Glen is a family destined guy and that was the thing that Dobrev likes about him.

How did the Rumor start?

Glen attended the premiere of Nina's movie Return of Xander Cage where they seemed pretty close and just after a couple of weeks they appeared at a 2017 Golden Globes after party together.

In the course of Nina’s birthday party, Mr. Powell helped to re-enact the signature couples pose from the Oscar nominated film with his birthday girl.

The matched set got disrupted in Texas while they were celebrating the new year with their friends Olympian Jimmy Feigen and singer Leslie Powell. 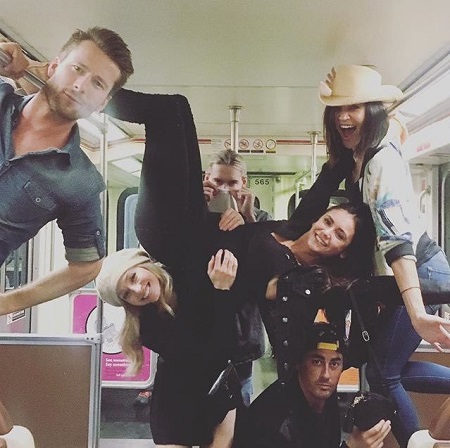 Nina Dobrev and Glen Powell celebrating and they did mannequin challenge, source: madnono

Well, as of now, they have not accepted their relationship but we are early waiting for them to confess as they look so good together and we are already shipping them.

Well, we have gone through the relationship rumors of Nina and Glen so now we will be sharing Nina's and Glen's past affairs.

There is no doubt that gorgeous Nina has a huge fan following; people just love her and any men can fall for her. Likewise, few of our Hollywood stars also have had a relationship with her.

Among them, she was dating Ian Somerhalder in 2010. The couple met on the set of their popular show Vampire Diaries and fell in love but later on, they broke up and stayed friends.

Ian is now married to Nikki Reed. Similarly, she was also linked with Derek Hough, Evan Williams, and Ben Hollingsworth. Again in 2015, she was in a relationship with Austin Stowell but later on, they separated.

Nina’s career as an actress

Nina started her career from the television series Degrassi: The Next Generation, as Mia, a role that she only played for three seasons started in 2006.

She transpired in a miscellaneous feature film in the mid-2000s, covering Fugitive Pieces and Away from her.

Similarly, she was also featured in the music video which was performed by Wade Allain Marcus and David Baum in 2007. Her career changing show was Vampire Diaries as a character Elena Gilbert (2014-2017).

Flashing back to Wednesday night. @NRDC's STAND UP! for the Planet benefit. Repost @ilariaurbinati with @repostapp ··· Styled by yours truly in @Armani + @tylerellis_official clutch + @soebedar shoes + @meiratjewelry. Repost @enews ··· On Wednesdays, Nina Dobrev is pretty in pink. (??: Michael Kovac/Getty Images for NRDC)

In 2016 she was featured in The Return Of Xander Cage, alongside Vin Diesel and Samuel L. Jackson, that film was released in 20th January 2017 with the role of specialist Becky Claridge.

In the same year of April, she was declared to be joining the film remake of Flatliners, opposing Ellen page, featuring role of an over achiever naming Marlo.

Powell is the renowned writer, producer, and actor who started his career by working with Antonio Banderas and Sylvester Stallone in “Spy kids”.

Glen disembarked a role in The Great Debaters, directed by Denzel Washington. Since then he moved to Los Angeles he was featured in television series.

Powell was co-featured as Finnegan in Every wants Some which was filmed in Austin and released by paramount on 30th March 2016.

Soon he will be seen opposing Zoey Deutch in setting it up, a romantic on Netflix.

Oscar weekend is here and I'm getting sentimental about people that have been generous with their time and talents along the way. This is one of my favorite photos my buddy @thetylershields has taken of me. Tyler is the top of the photography game and gave a struggling actor headshots when I could barely keep my head above water. People helping people. Feels so good. #UseThisPictureIfIMakeTheInMemoriumMontage 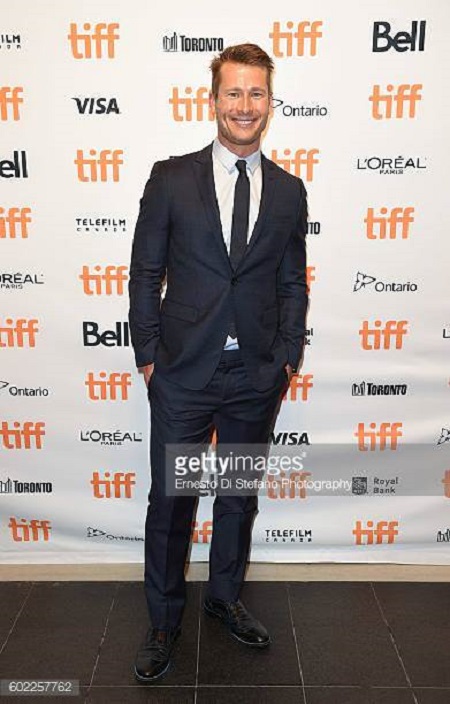