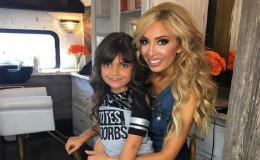 The Teen Mom, Farah Abraham has a suspicious relationship status as she might be single and at the same time might be dating as well.

The reality star of the famous reality show Teen Mom, Farrah Abraham is one of the sensations of the American television. Her appearance on the popular reality shows of America has helped her to be quite popular.

Farrah who became a mother at the very early age of 16, always had a controversial relationship. She has not been married yet but has a long list of failed relationships.

So, is she thinking of getting married or is dating someone these days? Let us find out!!!!!!

After she broke up with her ex-boyfriend, Simon, Sarah announced that she was dating another guy. However, she has not disclosed about that guy yet.

''I am not engaged that's why I am single. Maybe I'll meet a new guy here? We're still friends and I'm dating other people.''

As per one of the Instagram posts, she was having a romantic date with Dr. David Mertz in the MTV single AF. But David was already engaged with another lady named, Debra Danielson.

There was buzz that she might be dating him but both of them has not disclosed any thing about it.

As of now, she is happy in her own world and keeps on hanging out with her friends on vacations and outings. So, her current relationship status is quite mysterious.

Split with Simon Saran after years of on and off relationships

Since 2014, Farrah started dating Simon Sarran. The ex-pair revealed their relationship to the audiences after an interview with Us Weekly at her 26th birthday bash at Boutique Restaurant in New York City.

They were having a healthy relationship, however, as the time passed, the pair because of their differences they were on again and off again. 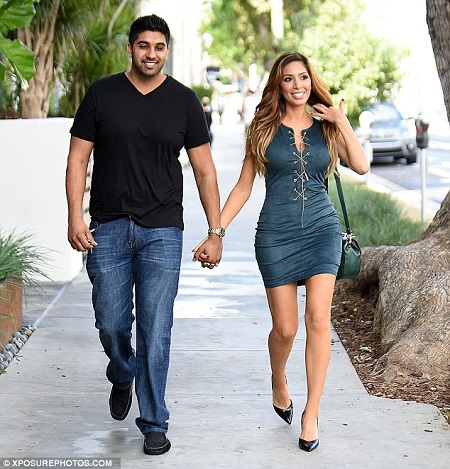 Farrah and Simon in a picture, Source: Daily Mail

After some time they were rumored to be engaged however, they later confirmed that they were not.

Finally, after two years complicated relationship, they separated with a good note in 2017.

Became Mother at the age of 16

Farrah started dating her first boyfriend, Derek Underwood in 2006 when she was in her teens. After two years of dating, she was expecting a baby from Derek. But unfortunately, her boyfriend died in a car accident on 28th December 2008 when she was eight months pregnant.

Moreover, she was forced by her mother to abort the child but she denied and gave birth to her daughter in 2009 and named her Sophia Laurent Abraham.

She became a teen mom which gave her chance to appear in many reality shows.

The mother and daughter have such an amazing bonding and even after being the mom at such early age, she fulfills all the responsibilities. 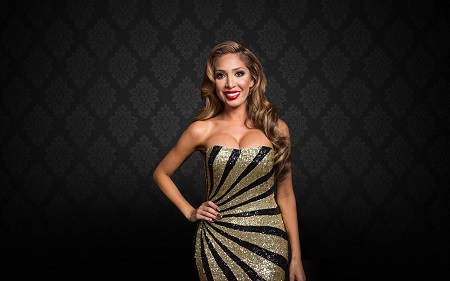