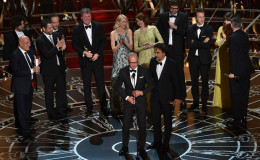 The Academy Awards' night is the greatest night for the Hollywood and this year's Academy Awards is going to be held this evening (Sunday, 4th March) at 8 pm (ET) [5 pm PT]. Before we enter the 90th edition of the Oscar, let us revive the top 7 unforgettable moments of Oscar of last one decade.

The Academy Awards' night is the greatest night for the Hollywood and this year's Academy Awards is going to be held this evening (Sunday, 4th March) at 8 pm (ET) [5 pm PT]. Before we enter the 90th edition of the Oscar, let us revive the top 7 unforgettable moments of Oscar of last one decade.

Heath Ledger's death due to an accidental overdose in early 2008 shocked the Hollywood to its core. Months later his death, his last film The Dark Knight released and the actor stunned again with his brilliant performance. 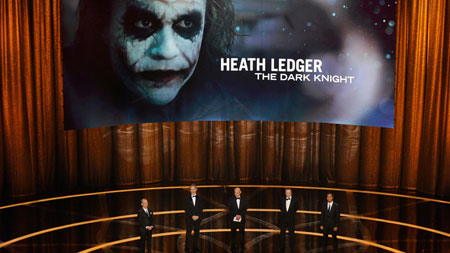 Heath Ledger won the Oscar a year after his death in 2009
Source: NBC6

And in Oscar 2009, he won the Oscar for the Best Supporting Actor, over a year after his death. His parents and sister accepted the statuette on behalf of the late actor.

When Music by Prudence won the Best Short Documentary, director Roger Ross Williams became the first black director to take an Oscar in 2010. However, the estranged producer Elinor Burkett rushed to the stage and destroyed William's acceptance speech. 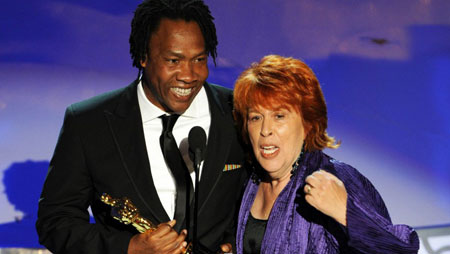 Williams, on the other hand, handled the situation with a sweet smile, but it became the night's most infamous moment.

Jennifer Lawrence was declared the Best Actress in Oscar 2013. On her way to retrieve Her best Actress statuette, Lawrence fell midway up the stairs. "I was horrified,'' recalls four-time Academy Award production designer Derek McLane who was sitting in the audience. She continued, ''I thought someone had spilled something and then I realized it was her dress.''

Lawrence then started off her acceptance speech saying, ''You guys are just standing up 'cause you feel bad that I fell, and that's really embarrassing but thank you.''

Ellen DeGeneres might have thought she should try something new while posing for a selfie with actors like Meryl Streep, Brad Pitt, Jennifer Lawrence, Jared Leto, Bradley Cooper, and Angelina Jolie. It ultimately produced a bizarre selfie ever taken for the television host.

Later on, DeGeneres took to her Twitter saying, "If only Bradley's arm was longer. Best photo ever. #oscars.''

If only Bradley's arm was longer. Best photo ever. #oscars pic.twitter.com/C9U5NOtGap

The 44-year-old actor and producer Neil Patrick Harris stole the 87th Academy awards in his tighty-whities. The first-time Oscar host sparked a roaring laughter in the auditorium when he paid hilarious tribute to then Best Picture winner Birdman. 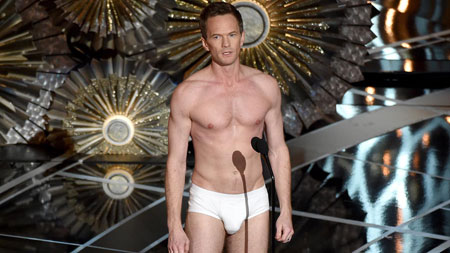 Harris took a scene from the film and ran through the stage in nothing but white underwear.

After 27 years in Hollywood and six nominations-including one for Titanic, Leonardo DiCaprio finally won the Oscar for his performance in The Revenant in 2016. 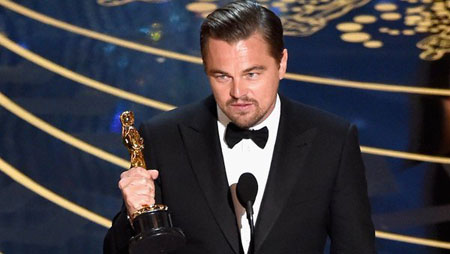 In his acceptance speech, DiCaprio spoke about the global warming, saying: ''Our production needed to move to the southern tip of this planet just to be able to find snow. Climate change is real, it is happening right now. It is the most urgent threat facing our entire species, and we need to work collectively together and stop procrastinating...Let us not take this planet for granted.''

7. Fumble In Best Picture After Announcer Received The Wrong Envelope

La La Land won the best movie of the year in Oscar 2017 for a complete two minutes and 23 seconds after the announcers declared it as the best picture instead of Moonlight. The Best Picture Announcers Faye Dunaway and Warren Beatty actually got the wrong envelope from the show organizers.

Producers Jordan Horowitz, Marc Platt, and Fred Berger had already given their acceptance speech when Horowitz interrupted announcing Moonlight's win. In the acceptance speech, Moonlight's director Barry Jenkins told the audience, "Even in my dreams, this could not be true. But to hell with dreams, I'm done with it. because this is true."