Home Article Will Louis C.K.'s Career Survive His Sexual Misconduct Scandal? Accused By Five Women Of Harassing Them, Lost His Job And Two Films Over The Time

Will Louis C.K.'s Career Survive His Sexual Misconduct Scandal? Accused By Five Women Of Harassing Them, Lost His Job And Two Films Over The Time 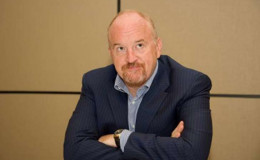 Here's another star falling from the sky. Louis CK, the renowned comedian, and filmmaker is the biggest victim now. He won't be coming to our TV screen this time as his career as a comedian and actor is at a great risk of downfall.

Louis C.K., the renowned comedian, and filmmaker won't be coming to our TV screens this time as his career as a comedian and actor are at the great risk of getting over!

Louis C.K. was accused of sexual misconduct by five women in the past, two of the victims were comedians themselves. And it took many years for the comedian to finally come clean and accept his crime, for which he's been highly criticised. This immoral act of him has put his career in jeopardy and fans are guessing is his career really over after the big revelation? Let's get details about the incident in today's session.

Louis C.K. Responds Guilty To Sexual Misconduct Allegations, Is His Career Over Now?

It seems Louis CK won't be coming on your TV screens anytime soon. The comedian and actor has been trapped in numerous sexual allegations for years that has definitely derailed the comedy superstar's career.

The premiere of his movie I Love You Daddy was also canceled, one of the impacts he faced because of his sexual misconduct allegations. 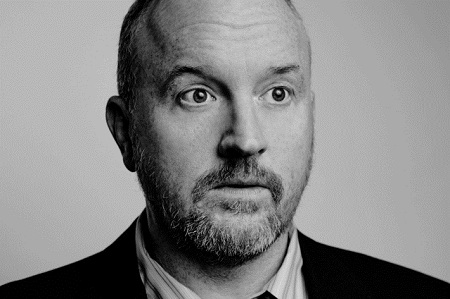 Louis CK ranked 4th on the 2017 list of the 50 best stand-up comics of all time
Source: Vulture

The star went through a nightmare when the indie studio behind the movie declared that it was about to drop the movie within a week out from its release.

"The allegations made by several women in the New York Times about Louis C.K.’s behavior are disturbing.

Louis's unprofessional and inappropriate behavior with female colleagues has led us to decide not to produce a second stand-up special, as had been planned."

Though none of his behavior is acceptable, it appears he never even touched a woman and it's really a big deal.

CK lost his TV shows, his movies, and the Universal Pictures and Illumination also ended their deal with the disgraced comedian from the sequel 'The Secret Life of Pets 2' back in November last year.

The entertainer was rumored about sexual misconduct for years. Gawker, an American blog also posted a blind item about a 'beloved comedian' who prefer "forcing female comics to watch him jerk off". It wasn't until 2015 that the blog officially confirmed that the article was about CK. 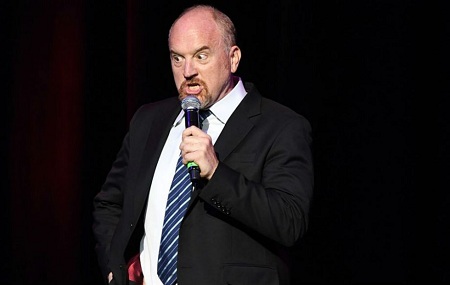 In 2016, comedians Jen Kirkman and Roseanne Barr also confirmed the article was about C.K.

As the rumors about his sexual misconduct spread like a wildfire, the influential comedian, Dana Min Goodman, and Julia Wolov stated the Times that in 2002, C.K. invited the two ladies in a hotel room for a nightcap and shocked the ladies when he asked them if he could take out his penis.

While three other women addressed the Times that CK masturbated in front of them.

As the rumors were broke the public and media, Barr and Tig Notaro forced CK to respond to the allegations. Notaro said the Daily Beast,

"I have 0 idea if Louie #CK is a sexual offender or not-but there R MULTIPLE accusations in Hollywood's working woman circles. He should answer."

CK, however, refused to answer the allegations. Just after the screening of I Love You, Daddy, CK addressed New York Times reporter,

"I’m not going to answer that stuff because they’re rumors … If you actually participate in a rumor, you make it bigger and you make it real … They’re rumors, that’s all that is."

Just the next day, CK released a statement saying,

"These stories are true."

"I have spent my long and lucky career talking and saying anything I want. I will now step back and take a long time to listen. Thank you for reading."

Days after the major event, the comedian released a lengthy statement of apology. Still, C.K. did what many celebs have not done, admitting his guilt. Here's the full video with the details of his statement.

Following the scandal and the apology, Netflix too canceled the Louis C.k.'s upcoming stand-up special and his career is not certain after this.

Nine months has already been passed since the major incidents and we all know that he apologized for his actions and admitted to "step back and take a long time to listen". The 50-year-old TV personality has finally decided to make a surprise appearance at the Comedy Cellar in New York in September 2018.

Does he deserve a second chance to walk on the track and do something crazy in his career all again? Many are celebrating his return while the decision has angered many. Comedian Josh Wolf addressed via Twitter,

Not sure why people are so surprised, or upset, that Louis CK is doing stand up again. If you don’t like it, I would suggest not going to his show.

Well, it's time to see what comes the next! 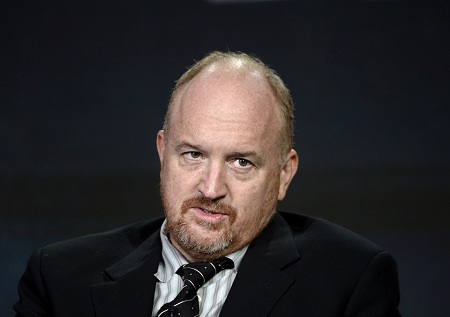