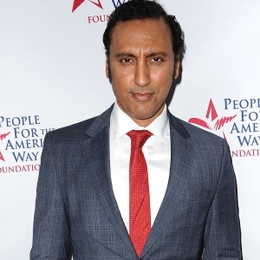 Aasif Mandvi once said that "The artist never really has any control over the impact of his work. If he starts thinking about the impact of his work, then he becomes a lesser artist." Mandvi is a British-American actor, as well as a comedian. He rose to the stardom after hosting 'The Daily Show.'

Blue Bloods cast, Aasif Mandvi began dating his partner in crime, Shaifali Puri, in 2013. Shaifali is an author and humanitarian. They met each other through a mutual friend Ruma Bose. Since then, their love life began.

Mandvi and his girlfriend engaged on October 2016 after dating for around three years. They affianced at the Post Ranch Inn in Big Sur, Calfornia. 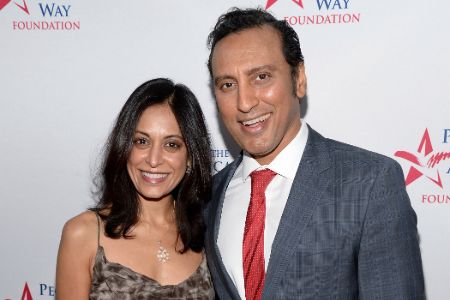 In an interview, the actor said that he wanted to propose while looking at the water, but it was misty for three days. So, he waited until the clouds parted away, and the ocean came into view from the cliffs. Luckily, the clouds parted for 15 minutes, and shortly, he got down to one knee, half underwater, and asked his lover to be his companion.

A Series of Unfortunate Events star, Aasif Mandvi and his fiancee, Shaifali Puri, got married on 27th August 2017, a year later their betrothal. Their wedding was multi-cultural, Muslim/Hindu. They kissed and pronounced husband and wife in front of 220 guests at the Fox Theater in Atlanta. 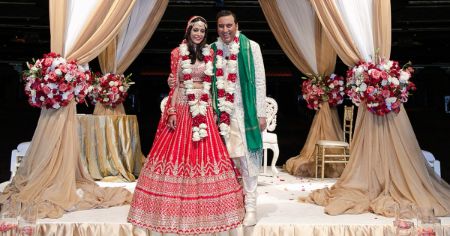 In an interview, Mandvi said that he's most excited about sharing the incredible moment with so many family members and friends from all the different parts of his life.

“I’m so honored they all showed up.” “After this many years, I think most people had given up on me ever tying the knot.” 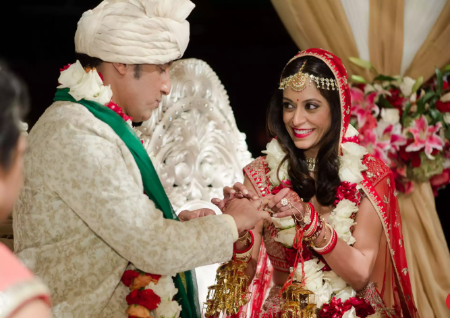 Actor Aasif Mandvi and his spouse on their wedding SOURCE: Brides

Dr. Bhagirath Majmudar and Rev. Farida Ali officiated their wedlock. The groom looked stunning in a suit designed by Sebastien Grey, which he wore in reception. Whereas, the bride walked down the aisle wearing a traditional Lehenga designed by Anita Dongre. 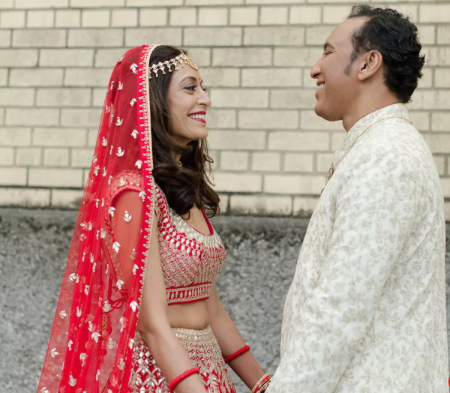 Aasif Mandvi and his wife Shaifali Puri on their wedding SOURCE: Brides

On the reception, Shaifali appeared in a long gown sheer piece of embroidered cloth known as a dupatta. She likewise had tikka on her forehead. Her beauty was further enhanced by a diamond necklace, earrings, and bracelets, which were designed by her friend/designer, Zameer Kassam. On the other hand, the groom wore an embroidered cream sherwani in the ceremony. 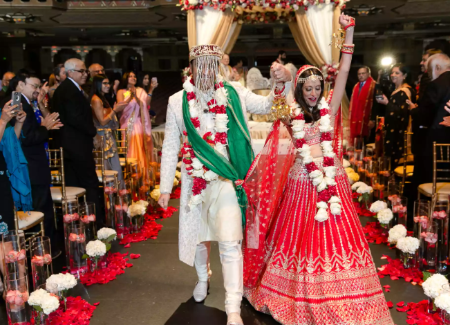 The main event of their nuptials started at 4:30 p.m. Regarding the multi-cultural marriage, the actor said;

"We included Indian-Hindu and Muslim cultures in every single aspect of our wedding, from the ceremony to the food, to the music, to the clothes."

Furthermore, one of their friends, Siddhartha Khosla, sang the song "Foundation" for their first couple dance.

Do They Have Children?

The 5 feet 8 inches tall, handsome hunk, Aasif Mandvi, and his spouse are in a conjugal relationship for over two years. Even though they are already married, they do not have any kids from their relationship. Further, they haven't mentioned the plans of having a baby. 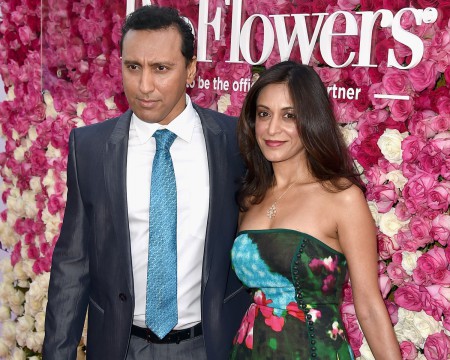 Aasif Mandvi with his wife Shaifali Puri in an event SOURCE: Daily Mail

The Daily Show correspondent and his wife may be busy with their career schedule. Hope, they will soon give the good news to their well-wishers.

Aasif Mandvi accumulates a good amount of money from his thriving career as an actor and comedian. He holds a net worth of $800 thousand. Moreover, he earns a salary of around $50 thousand per year.

The multi-skilled personality, Mandvi, portrayed the role of Mr. Aziz in the movie Spider-Man 2. The film made a worldwide gross of $783.8 million against its production budget of $200 million. He appeared alongside some wealthy celebrities, including late Stan Lee and James Franco.

In addition, in 2012, he appeared in the movie The Dictator, which earned $179 million. Its budget was $65 million. Besides film, Mandvi further portrayed in popular TV series.

Aasif Mandvi married his girlfriend Shaifali Puri after dating for over three years on 26th August 2017.