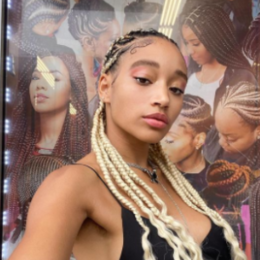 Amandla Stenberg is an American award-winning singer and actress best known for movies; The Hunger Games, Colombiana, and Sleepy Hollow. Moreover, she broke the headline after coming out as gay.

Amandla Stenberg is single at present and is focusing more on her career. Previously, she was in a romantic relationship with singer King Princess. They lived together from mid to late 2018. The duo often hung out together, and Amandla frequently visited her partner in the recording studio as well. 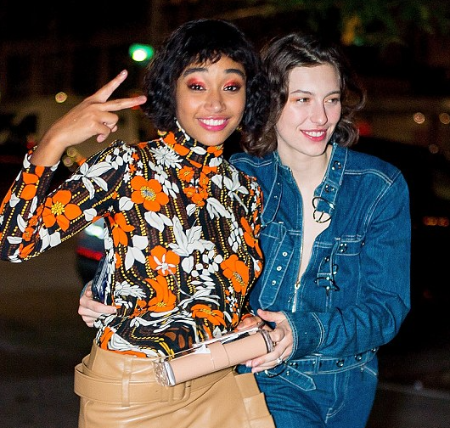 Nevertheless, in an interview, the singer admitted that maintaining a relationship during a tour was not easy. Despite the fact, Amandla had to pretend to be okay without someone.

In 2015, Stenberg allegedly went to prom night with Jaden Smith. Even more, Jaden surprised fans on social media when he attended the event in a dress with Stenberg. Besides, Stenberg was also rumored to have dated Nick Robinson in the past.

Stenberg came out as gay in June 2018 via an Instagram post. She joined actors like Brandon Flynn and Dan Amboyer in coming out as gay over the years. Amandla was familiar among fans as bisexual and sometimes pansexual. 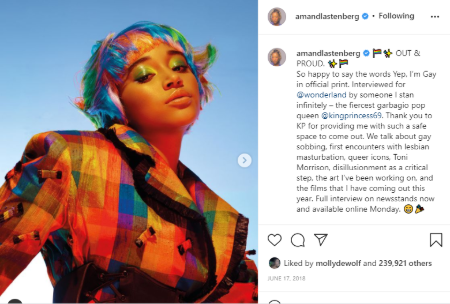 Along with sexuality, the singer revealed her relationship with King Princess in July 2018 interview with Billboard. As a pair, they looked smitten while attending the 2018 MTV Music Video Awards on 20 August 2018.

Similarly, Amandla-Princess was stunned on the red carpet event nearby Radio City Music Hall. The singer-songwriter met King Princess at a classic Malibu function. Amidst the relationship, Amandla was quite open about her love life.

Amandla Stenberg earned name and fame in her 20s and is one of the few young celebrities to achieve massive success as a singer and actress. Today, she has summoned a net worth of $2 million.

Stenberg started her acting career in 2011, starring in the feature film Colombiana. She played the younger version of Zoe Saldana. In 2012, Stenberg portrayed Rue's character in Gary Ross' The Hunger Games. The starlet shared the screen alongside Jennifer Lawrence, Josh Hutcherson, Liam Hemsworth, and Alexander Ludwig.

Be sure to check out MarriedWiki for more exciting updates.