Home Article Amandla Stenberg Is Dating Singer-Girlfriend King Princess-How Did Their Affair Start? She Came Out As Gay In Mid 2018

Amandla Stenberg Is Dating Singer-Girlfriend King Princess-How Did Their Affair Start? She Came Out As Gay In Mid 2018 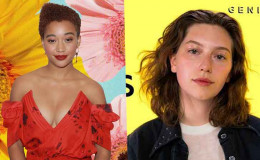 American actress and singer Amandla Stenberg proudly joins other actors including actor Brandon Flynn and Dan Amboyer in coming out as gay over the years. Stenberg who was rumored to be bisexual or pansexual openly came out as gay in June 2018 via Instagram post.

Along with her sexuality, Amanda also opened up about her relationship with girlfriend King Princess. How did their affair start? We have all the details here.

Amandla Stenberg Is Currently In Relationship With Singer-Girlfriend King Princess

Amandla Stenberg, 19, is in a relationship with singer-songwriter King Princess. Princess confirmed her affair with Stenberg in July 2018 during an interview with Billboard. 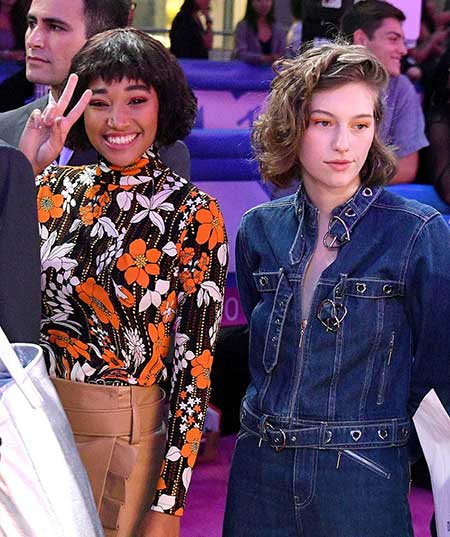 The two were spotted together on the red carpet near Radio City Music Hall. During an interview with Wonderland magazine back in June, she revealed how the pair met.

"It was a classic Malibu function; a drunken crowd by a heated pool."

"We talked s—t about the systems that made us feel small and the effort we put in rejecting the institutions that reluctantly raised us. What I didn’t tell her was that I distinctly remember walking out of my junior year English class reading: ‘Amanda Sternberg comes out as queer.’ She unknowingly set a precedent in my life, a gold standard of how to be proud and exist in the inter sectionalist of multiple identities that were once thought of as being conflicting."

They enjoyed the Award function along with stars including Jennifer Lopez, Shawn Mendes, Camila Cabello, Cardi B, and Ariana Grande.

We wear the mask

As the lovely couple is very much open about their relationship, we wish them to go a long way together.

Amandla Stenberg Came Out As Gay In June 2018

Stenberg who was identified as a bisexual, queer, pansexual, and gender fluid in past, openly came out as gay in June 2018 by posting the news on her Instagram account.

Hey mom yeah sleep-away camp is awesome I wet the bed but I made a new uh..friend

During an interview with Wonderland Magazine, she said,

"I’m grateful for how being gay has afforded me this ability to experience and understand love and sex, and therefore life, in an expansive and infinite way."

"The continual process of unlearning heteronormativity and internalized homophobia can be difficult, but one of the biggest blessings lies in the magic that comes from having to understand love outside the confines of learned heterosexual roles."

Further, she explained that her sexuality is not the part of her past experience dating men but it's how she was born on earth. Previously, she was rumored to dating co-star Nick Robinson and Jaden Smith.

She mentioned via Instagram that she is, in fact, very happy to come out as a gay officially. Most importantly, she didn't miss a chance to thank King Princess who helped her in the attempt.

"Thank you to KP for providing me with such a safe space to come out."

As she's enjoying her romantic life with King Princess, we wish them all the very best for their future. 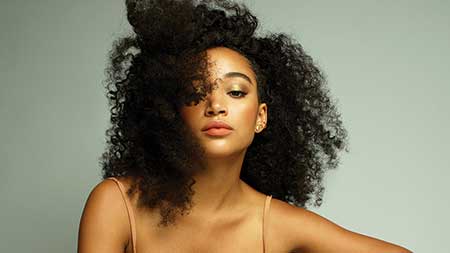