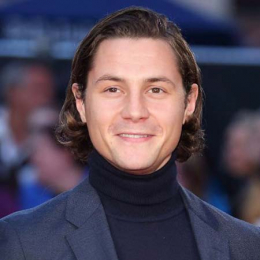 Best known for potraying the role of Ali in About a Boy, Augustus Prew is one of the critically acclaimed British actors. The actor is also best recognized for his screen role in The Secret of Moonacre, 24Seven, The Bill, Spooks which were thoroughly popular among audiences.

Augustus Prew is a married man, he tied the knot to his boyfriend, Jeffery Self who is also an actor. The duo exchanged a vow on 13 January 2018 following their one-year engagement back on January 8 of 2017. Their wedding was a private family ceremony held in Culver City, California among their friends and families. 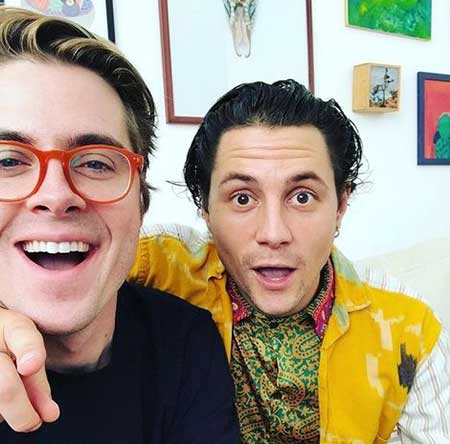 Famous British actor Augustus Prew and his spouse Jeffery Self.

The actor is openly gay and never afraid to talk about his sexuality. He is one of the few actors who always raised voice for LGBTQ issues which might be one of the reasons, Prew and Self share a healthy relationship.

Augustus is out of any dating rumors and media controversies. It seems like the actor is focused on his career and is living a happy life with his partner Jeffery. Additionally, he is an active person on social media and often shares posts regarding his personal and professional life.

What is the net worth of Augustus Prew? Know about his Salary, Earnings

Thanks @lorenkegler @johnvarvatos for making me look #supercool on our Canadian press tour for @puregeniuscbs on @globaltv !! You guys are the best! And thanks #toronto for the laughs! #cbs #itshappening #puregenius

The 31-year-old actor also tried his hands in the film industry and debuted in 2002 romantic comedy-drama film named About Boy. Since then, he worked in various films like The Secret of Moonacre, Hate, The Kid and many more. Some of his blockbuster movies are,

Augustus Prew was born on 17 September 1987 in Westminster, London, England under the Virgo birth sign. He holds British nationality. Further, he is a son to the fashion designer mother Wendy Dagworthy and photographer father Jonathan W. Prew. Moreover, he was raised along with his little brother Somerset Prew.

Thanks @lorenkegler @johnvarvatos for making me look snazzy at the #threeempireawards2017 ... #highrise was nominated for best British film... we didn't win but #BenWheatley and I took full advantage of the #freedrinks

Marriage with Jeffery Self

Augustus Prew is currently married to the famous actor Jeffery Self. The duo shares a good bond and is together form a couple of years.