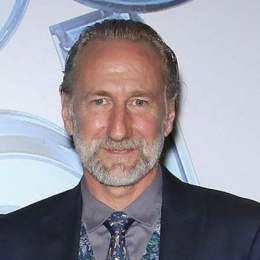 Brian Henson is an award-winning puppeteer, director, producer, and technician who is widely known for his work in the films like 'Teenage Mutant Ninja Turtles', 'The Witches', and 'Muppet Treasure Island'. He is also famous for producing and directing the television series like 'Alice in Wonderland', 'Farscape', and 'Jack and the Beanstalk: The Real Story'. He won the prestigious Primetime Emmy Award in the category of Outstanding Limited Series.

Brian Henson is married to the famous actress Mia Sara. The pair shared the wedding vows on 6th April 2010 after dating for a couple of years. The duo tied the knot among their close friends and family in a private ceremony. 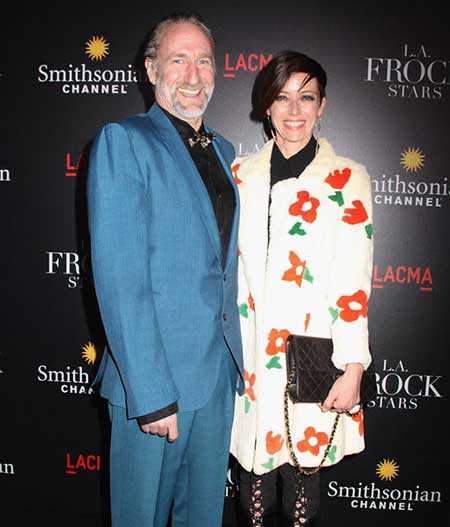 American award-winning puppeteer, director, and producer Brian Henson and his spouse Mia Sara in an event.

The pair shared a good bond and is together from nearly a decade. Further, they recently celebrated their nine years of the marital relationship in April of 2019. As of now, the relationship between the pair seems fluid as there is no sign of divorce between them. 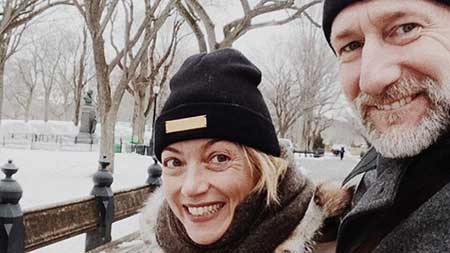 The couple is blessed parents of their only child, a daughter named Amelia Jane Henson. The couple seems concerned about her future as they do not share much about Amelia in the public.

Henson was previously married to the popular costume designer named Ellis Flyte. The duo walked down the aisle on 5th November 1990 among their close friends and family. Further, they used to share a good bond in their initial years but later faced some complications on their relationship and decided to separate. What's more, they legally divorced in 2002 after staying together for over twelve years.

The 55-year-old puppeteer is currently busy passing his days with the love of his life and her daughter. Additionally, Henson avoids using any social media as is a private person about his daily life.

What is the Net Worth of Brian Henson? Know about his Salary, Earnings

Brian Henson possesses a net worth of $10 million, all thanks to his career as a puppeteer, director, producer, and technician. 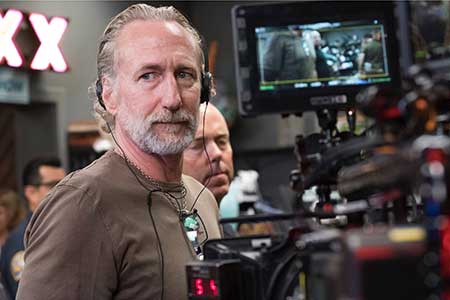 Popular American television and film producer and director Brian Henson during one of his projects.
SOURCE: Slash Film

Brian started his career in the film industry with the 1981 film named The Great Muppet Caper as a Muppet performer. Later, he also went on to work in the films like The Muppets Take Manhattan, Return of Oz, and Santa Claus: The Movie The Witches, and Basil Hears a Noise with all roles as a puppeteer. Further, some of his famous movies are,

As for Henson's directing and producing career, he worked in several films like Jim Henson Presents Mother Goose Stories, Teenage Mutant Ninja Turtles, The Muppet Christmas Carol, The Star, and The Happytime Murders. Similarly, he also worked in television series like The Christmas Toy, The Storyteller, Aliens in the Family, Alice in Wonderland and most recently in Jim Henson's Creature Shop Challenge.

Henson is currently working as a co-creator, producer, and a performer in the adult-themed puppet-based variety show titled Puppet Up!. Besides, he also works as the chairman of the Jim Henson Company. 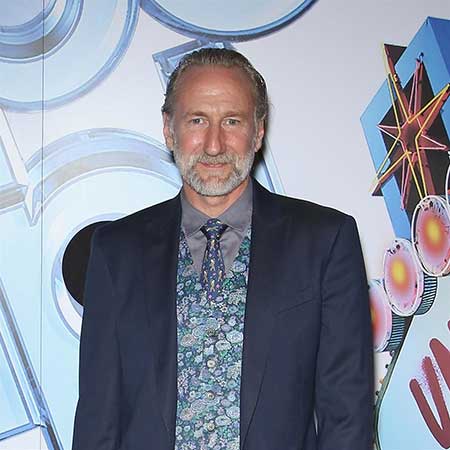 Take a look at the Interview of Brian Henson at the George Stroumboulopoulos Tonight show;

Henson was previously married to the popular costume designer named Ellis Flyte. The duo walked down the aisle on the 5th November of 1990 among their close friends and family.

Brian Henson is married to the famous actress Mia Sara. The pair shared the wedding vows in on 6th April 2010 after dating for a couple of years.

Brian and Mia are blessed parents of their only child who is a daughter named Amelia Jane Henson.