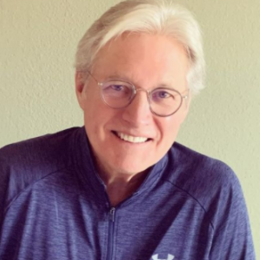 An American actor and writer, Bruce Boxleitner is best known for his appearance in the television series Bring Em Back Alive, How the West Was Won, and Scarecrow and Mrs. King. Let's examine his personal life, net worth, lifestyle, and more information in detail.

Actor Bruce Boxleitner married and divorced multiple times in life. His first marriage was to actress Kathryn Holcomb from 1977 to 1987. Followed by the divorce from his first wife, he married his second wife Melissa Gilbert from 1995 to 2011. 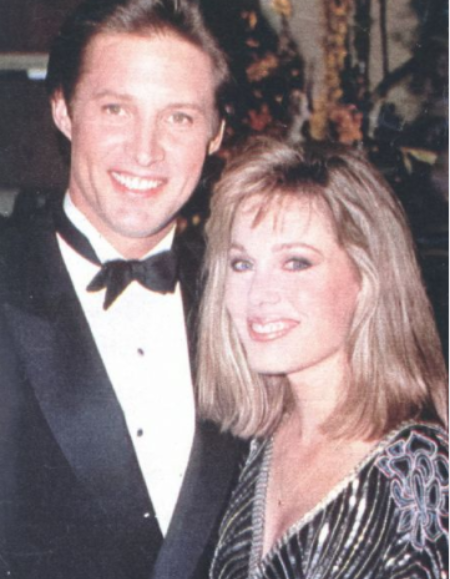 The Elgin Illinois native currently lives with his third wife, Verena King Boxleitner whom he tied the knot in 2016 in a private wedding ceremony. The most interesting part of Bruce and Verena's marriage is the fact that they share amazing chemistry on top of good understanding despite the 15-20 years of age difference. 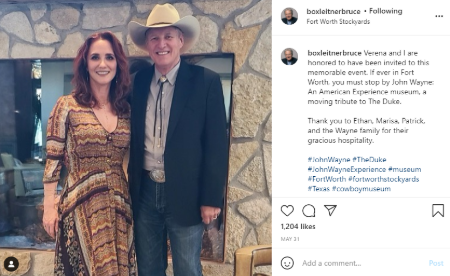 The Bruce-Verena duo has successfully crossed over four years of marriage but does not have any children. Nonetheless, Boxleitner does not lag showing his affection for his beloved one via Instagram posts.

In addition, Boxleitner was one of the closest friends of late actress Beverly Garland who was also his Scarecrow & Mrs. King's co-star. The two met on the set of How The West Was Won and Bruce remained close to her until her death in December 2008.

Waht is Bruce Boxleitner Net worth?

Boxleitner possesses an estimated net worth of $3 million as of 2022. The actor earned his wealth from his career as an actor by starring in several films and television projects since the 1970s.

The white-haired have appeared in television projects such as Scarecrow and Mrs. King, Babylon 5, The Gambler, and How The West Has Won. Likewise, his film credits include The Secret, Tron, Free Fall, Gods and Generals, and Guardians of Luna.

Apart from acting, Bruce is a fine writer as well as he has authored and published two science fiction including "Frontier Earth" and "Searcher." Moreover, he also provided his voice for many videogames, including the "Tron" Universe and audiobooks. Likewise, Disneys's sequel for Tron: Legacy has been in the process to make for years and undoubtedly, Boxleitner is most likely to reprise his role in the film that stars Jared Leto. In fact, it was Leto who further confirmed that the team was working on the film.

Bruce's wife, Verena King earns enough like her husband as she is the president of Verena King Public Relations and King Social LLC. Verena has been a professional publicist for over 15 years. The graduate with a college degree in criminal justice and pre-law also worked at KSNE-FM and KQOL-FM for Clear Channel Radio. Her estimated net worth can be calculated in more than six-digit numbers.

Verena King is the present wife of Bruce Boxleitner. They have been together since 2016. The pair do not have children.

Melissa Gilbert is the second wife of Bruce Boxleitner. They tied a knot in 1995 and divorced in 2011 citing unknown issues,

Bruce welcomed a son Michael Boxleitner with his second wife Melissa Gilbert in 1995. He is the youngest of Boxleitner's kids.

Sam Boxleitner is the eldest child of Bruce Boxleitner with Kathryn Holcomb. He was born in 1980 and has two brothers.