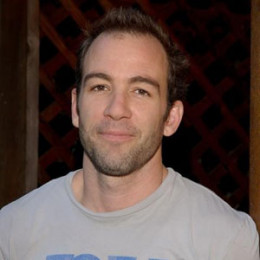 Bryan Calen is an American actor, comedian, and a podcaster famous for his work in the successful independent podcast The Fighter & The Kid. He is a married man. Actress Amanda Humphrey is the beautiful wife of Bryan.

Bryan Callen was as Bryan Christopher Callen in Manila, Philippines born on January 26, 1967. Being the son of the international banker he lived overseas in various countries such as Pakistan, Lebanon, Greece and Saudi Arabia during his childhood. Callen used to play Tae Kwon Do and is a blue belt in Brazilian Jiu Jitsu. He also won American Tae Kwon Do Championships in 1987.

Callen got an opportunity to appear in an array of TV shows like The Goldbergs, Entourage, NewsRadio, Frasier, How I Met Your Mother, Suddenly Susan, NYPD Blue, Law & Order: Special Victims Unit, CSI, Sex and the City, 7th Heaven, Rude Awakening, Less Than Perfect, The King of Queens, Stacked, Las Vegas, Reba, fat Actress. He then played on ABC Family’s The Secret Life of the American Teenager followed by frequent appearances on Chelsea Lately.

Bryan made his film debut with Mail Bonding in 1995. He features in Deliver Us (2003) followed by Scary Movie 4 in 2006. He played a significant role in the movies like The Hangover Part II, 10 Rules for Sleeping Around, Ride Along, and Planes: Fire & Rescue and others.

Besides that, Callen hosted the E! Show Bank of Hollywood and appeared as a commentator for The Smoking Gun Presents World’s Dumbest … on truTV. He co-wrote and co-starred in Dream Crushers along with Will Sasso, Sara Rue, and Scott Thompson. Callen also played in an episode of web series Romantic Encounters opposite Melinda Hill. In 2012 he began Ten Minute Podcast with his co-actors Sasso and Chris D’Elia. Later he featured in The Fighter and The Kid Podcast which charted in multiple countries featuring popular guests like Rob Dyrdek, Conor McGregor, Chuck Liddell and 50 Cent. In 2016 Callen along with Brendan Schaub released The Fighter and the Kid 3D. The show ranked #3 most downloaded TV shows overall on the iTunes Charts. The same year, he also released his solo stand-up comedy Never Grow Up which became his most acclaimed work.

Bryan resides together with his wife actress Amanda Humphrey in Calabasas. He married his wife on October 25, 2008. The couple dated for several years before changing their relationship into a formal bond. They are living a blissful life with full commitment towards each other.

As an actor and comedian Bryan receives a handsome amount from his career. He has accumulated an estimated net worth of $1.5 million till the date. He owns a house that cost $1,307,000 in Calabasas, Calif.

The beautiful blonde Amanda Humphrey is a wife of Bryan Callen. The duo tied the knot on October 25, 2008.