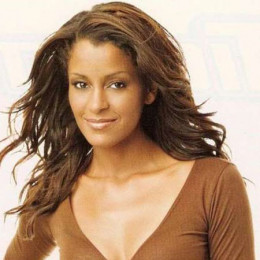 Former American actress, Claudia Haro is popularly known for controversies and legal issues than her professional achievements. She came into the limelight after she was suspected for attempting two counts murder towards her ex-husband, Garrett Warren in 2000. She first pled no contest on the case but in 2005, it was proved that Haro was the one behind all the murder things and got arrested. She was charged with a 12-year sentence at the California Institution for Women in Corona, CA in 2012.

Claudia Haro is no more single. She's allegedly enjoying a romantic relationship with her mysterious boyfriend as of 2019. Are you eager to know who's her current boyfriend? keep scrolling

Claudia Haro has consequently moved on after multiple failed relationships. It seems like, she's currently dating a Dodgers Baseball player as Claudia mentioned "My BF & Dodgers Baseball" on her Instagram profile.

Claudia Haro first married actor and comedian, Joe Pesci on September 7, 1988. The duo shares a daughter, Tiffany Pesci. However, the couple failed to handle their married life and divorced in 1992.

Some newsagents claim, Claudia is serving a 12-year sentence at exile "The California Institution for Women based in Corona, California. 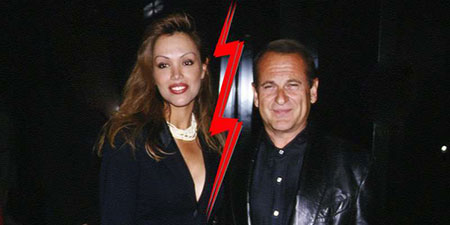 In 1998, Haro married film stuntman, Garrett Warren but same as her first marriage this one also ended on a sad note in 2000. The couple shares a daughter who was born in December 1999.

Joe Pesci's ex-wife has had a romantic affair with Late Russell Armstrong for a year before their break up in 2004. Russel Armstrong, an American banker was married to RHOBH star Taylor Armstrong from 2005 till 2011.

In 2000, Claudia Haro's former husband, Garrett Warren was attacked by a strange man on his rented California home. He was shot in the chest, neck, eye and left hip but the case languished for years.

However, in 2002, police found an unearthed pieces of napkin paper with directions to Warren’s house along with a photograph of him and possibly kill dates. After the incident, Haro was suspected for the mastermind behind the shooting and was brought down to the court but she pled no contest to two counts of attempted murder.

Later, Police arrested a drug dealer and restaurant owner named Miguel Quiroz and found an envelope hidden beneath a spare tire inside the trunk of Quiroz’s Mercedes Benz and things started to unravel. In 2004, Quiroz admitted to being involved in the shooting and pointed his finger to Manuel Haro, his ex-employee and the younger brother of Claudia Haro.

In June 2005, Manuel agreed to plead guilty to conspiracy to commit murder and also revealed he was approached by his sister in February 2000 and they hired a hitman to kill Warren for $10K. He also told Haro didn't like the shared custody thing of their daughter, so, she wanted to end Warren's life in order to take the sole custody of her daughter.

In December 2005, Haro was finally arrested and charged with two counts of attempted murder and conspiracy to commit murder. She spent 23 months in jail before she posted the $1.25 million bail. In 2012, she was sentenced to 12 years and four months at the prison at California Institution for Women in Corona, CA.

Why Joe Pesci Came Out of Retirement?

The 76-year-old American actor reportedly came out of retirement for Netflix's The Irishman. For his return to the land of organized crime with the long-in-development crime epic, Martin Scorsese assembled an outstanding cast of actors, many of who are related to the genre.

The murderer's row of talent includes Scorsese collaborators Pesci himself, Robert De Niro, and Harvey Keitel who came out of retirement for the Netflix show. Martin says , the reason behind his retirement might be financial or family issues.

Haro is mostly recognized for her personal life than her professional career. She married twice. Her first husband Joe Pesci is an American actor, comedian, and singer. He will be starring in a 2019 American biographical crime film, "The Irishman" opposite Robert De Niro and Anna Paquin.

Claudia Haro was a former actress and as per some online sources, she has an estimated net worth of $12 million. She has appeared in a few Hollywood movies which did good business at the box-office and some of them are enlisted below;

Joe Pesci is an American actor, comedian, and singer. Known for portraying tough, volatile characters, in a variety of genres.

Garrett Warren is an American Martial Artist and Fight Choreographer to such celebrities as Jessica Alba, Jada Pinkett Smith.

Tiffany Pesci is the daughter of Joe Pesci and Claudia Haro. She is the first daughter of Haro.

She was born in 1999. She is the daughter of American stuntman, Garrett Warren and Claudia Haro.