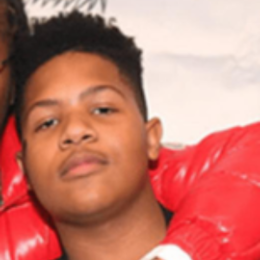 Jakobi Wilburn is a rising rapper who has released numerous songs such as Pink Lemonade, bad reception, and Bricc. Besides, he has made famous as a social media influencer working with Fashion Nova.

Jakobi Wilburn Personal Life; Does He Have a Girlfriend?

Jakobi Wilburn is possibly single at the moment. He has never been pictured with a girl and has never shared anything hinting he has a lover on his Instagram.

Guys his age hang out and upload pictures with girlfriends, but Wilburn is entirely focused on building his musical career. Kobi was into an addiction which led him to avoid time for love affairs. 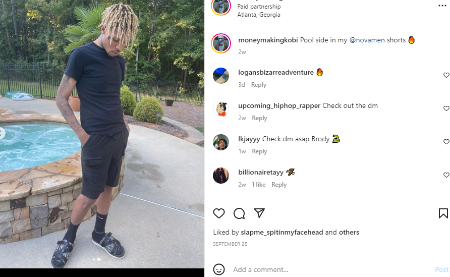 Also, Wilburn might not want to rush into relationships due to his parent's relationship. Perhaps all in good time!

Future and Jessica Smith first met in 2001 at an event. Future got Jessica pregnant, and that's how their son Jakobi was born in 2002.

The tug-of-war between Jakobi's parent's relationship became a recurrent theme. In 2013, Jessica knocked on the court and asked to be paid child support by her baby's father.

Subsequently, after taking a DNA test, which confirmed that the Atlanta musician was indeed the kid's dad, the rapper agreed to pay $1,662 monthly as child support based on the rapper's monthly income of $16,516. However, in 2016, Future was sued yet again by Smith for failing to pay child support, stating that her son suffered from emotional and behavioral issues due to the father's negligence in caring for his child.

Besides his own mother, Jakobi's dad, Future has had flings and affairs with many women. The Pluto maker has six more kids besides Jakobi, with different ladies, which include India Jones, Brittni Mealy, Ciara, Joie Chavis, and Cindy Parker.

The rapper was also in a brief relationship with Steve Harvey's daughter Lori Harvey, which began in November 2019. The duo split less than a year later, in August 2020.

Jessica Smith Wilburn is single and raising her son as a single mother. Mrs. Smith has not married or romanced any men since she split from Future.

Jakobi Wilburn is an aspiring rapper who is in the beginning phase of his career. He is still young, and as for his net worth, it is under review. Inheriting his father's skills and genes, Kobi has been able to set his own identity as a rapper. He has released songs like Pink Lemonade, In Due Time, and Outside. 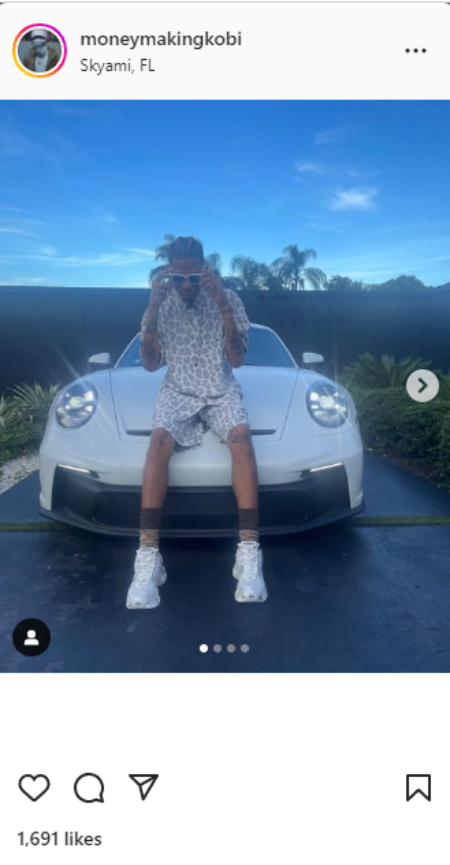 Wilburn's songs are available on SoundCloud, Apple, Music, and many other platforms. Recently, he collaborated with young artists like Lil Cozy and Ken Car$son. Jakobi launched his debut album, "Kobi$torm," in the summer of 2021. The album consists of twelve tracks.

Likewise, Wilburn's latest album, "444 degrees", came out in August 2022. The discography has around seven songs, including Gen 5, Cost to Floss, The Real Baby Pluto, Sleep on the south, In Due Time, Erhan Iverson, Perk, and so on.

Future, the African-American rapper, possesses a colossal net worth of $40 million. He makes big chunks by selling music albums. In September 2017, Forbes released a report that the DS2 singer made an incredible $23 million in that year alone.

Many of his singles were certified gold or higher by the RIAA, including Where Ya At, Jumpman, Low Life, Turn on the Lights, and Mask Off.

Wilburn's latest album HNDRXX reached number one on the Billboard 200 and Canadian Albums Chart. The 39-year-old earned millions of dollars through his successful rapper, singer-songwriter, and record producer career.

The father of eight became part of the music industry when he collaborated with "Dungeon Family" collective. After releasing his two mixtapes, Future signed a deal with Rocko A1 recordings and Epic Records.

Jakobi Wilburn's father, Future, is often in controversies due to the constant legal battles with his baby mamas. In 2021, unfortunately, one of his children got the attention of law enforcement. The rapper's eldest child Jakobi Wilburn 17, was arrested on several charges in mid-2021 for gang activities.

Wilburn was arrested on January 19 and charged with the criminal issue of an article with an altered id marked possession of a firearm. He was giving a false address and identity to a law enforcement officer. Jakobi possessed a gun with the serial number scratched off.

Check out the clip of Future's interview about his son!

That's not all; the celebrity kid sued for criminal gang activity and trespass. The rapper and his baby mama are well aware of their eldest son, who was recently caught up with the law in Georgia.

However, Jakobi's parents are already knee-deep in working on his case by funding the defense of the 17-year-old kid. But he could still face up to a significant time longing behind bars.

Wilburn has a captivating physical appearance. His sexual orientation is straight. Jakobi is 5 feet 9 inches tall and weighs 143 lbs (65 kg).

Jakobi Wilburn was born in Los Angeles, California, on June 30, 2002. He holds American citizenship and belongs to black ethnic background. King Kobi grew up in a Christian religious family. Jakobi's mother is an actress, while his dad is a prominent R&B star.

African-American parents Jessica Smith and Nayvadius DeMun Wilburn raised Jakobin in the suburbs of the United States. Kobi was young when his parents separated, but Mrs. Jessica took custody of her son. The eighteen-year-old is still a student. He recently graduated from Columbia High School.

In 2016, Jessica Wilburn sued Future when he failed to pay child support stating their son suffered from behavioral issues resulting from the rapper's negligence as a father.