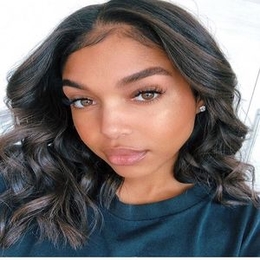 As much as Lori Harvey astonishes her fans with her beauty, the unproblematic queen also never fails to dazzle them with the choices of her taste in men she is romantically linked with at times.

The finest model from Los Angeles, Lori Harvey is currently in a relationship with her rapper boyfriend Future who is thirteen years older than her. Lori and Future were first linked in winter 2019. However, their romance only became official when Lori and Future jetted off to Jamaica to celebrate the model's 23rd birthday in January 2020. 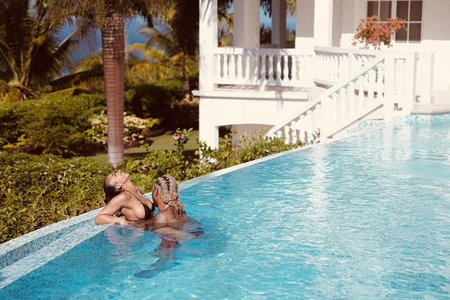 Not to mention, she also shared a snap with Future on her Instagram Stories by writing 'Life is good' on it. As of May 2020, Future and Lori are, however, still yet to publicly address their romance. The stepdaughter of Steve Harvey is also reported to have spent her quarantine days during the COVID-19 days together with the rapper.

Lori and Future were also rumored to have been engaged to be married and pregnant with Future's child. But, of course, Lori who isn't a fan of speaking on her private matter to the public never spoke a word on the gossip. As for Future, he is already a father of six children he shares with five different baby mama including singer Ciara. 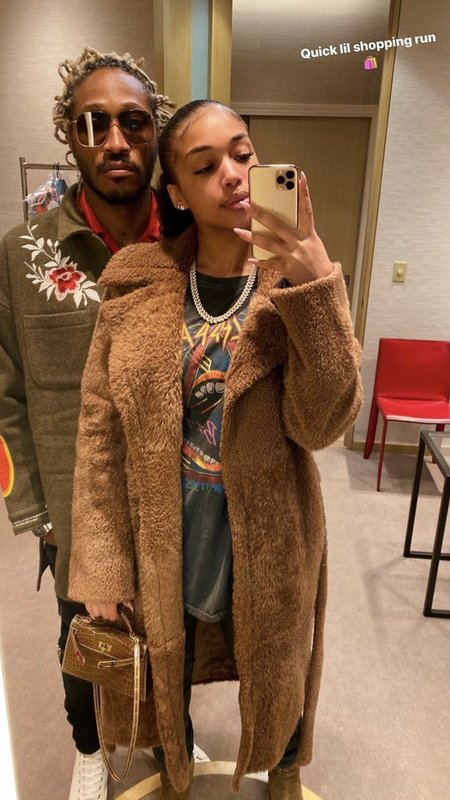 Lori Harvey and Future were linked in 2019. SOURCE: Twitter

On the other side, Future isn't the only rapper or the men to have existed in Lori's life. Speaking of which, she has dated a father-son duo too. Well, who are they?

That's right, Dutch footballer Memphis Depay, known for his association with Lyon was linked with Lori Harvey too. As a matter of, Depay and Harvey were engaged too nearly a year after they began dating in 2016. Depay popped the question in June 2017 and the couple even planned for their wedding. 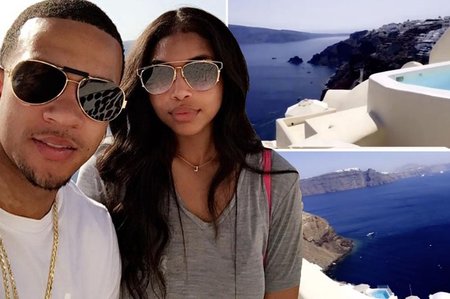 Sadly, their engagement couldn't last as Harvey and Depay broke things off the same year in late 2017. The news of their breakup, however, only surfaced the next year in 2018 when fans noticed her finger without her engagement ring. But both individuals have moved on from the heartbreak.

This gorgeous human being had every man she came across under her spell. So, after splitting from Memphis Depay, Lori Harvey then grew closer to Justin Dior Combs whom she fell in love in 2018. But, of course, neither Lori nor Justin said anything on the matter. 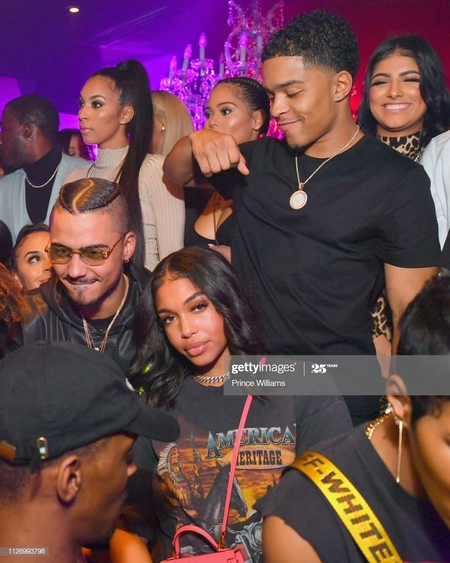 As per reports, Lori also shared a closer bond with Justin's family, especially his mother. But, just like the Titanic, this ship sank too after a few months of their fling. And, then came the first rapper into Harvey's life.

Speculations of Lori Harvey and rapper Trey Songz circulated in 2018 the same year the model broke up with Justin. Harvey and Songz whose real name is Tremaine Aldon Neverson were often spotted together in public places. 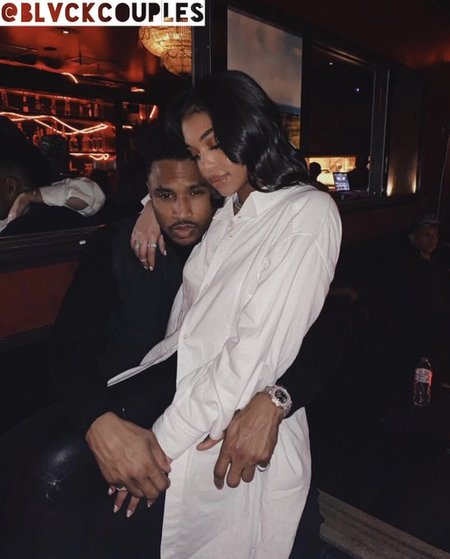 Interestingly, Lori's ex Depay also liked one of the pictures of the two. But, the model, of course, couldn't be bothered to care about it at all to create any drama. And, likewise, Lori and Trey's romance turned sour in 2019. Lori also never addressed her affair with Trey.

Then Lori Harvey surprised everyone in 2019 when she committed a savage act. To get straight to the point, Harvey started seeing rapper P. Diddy, the father of her ex-boyfriend, Justin Comb. 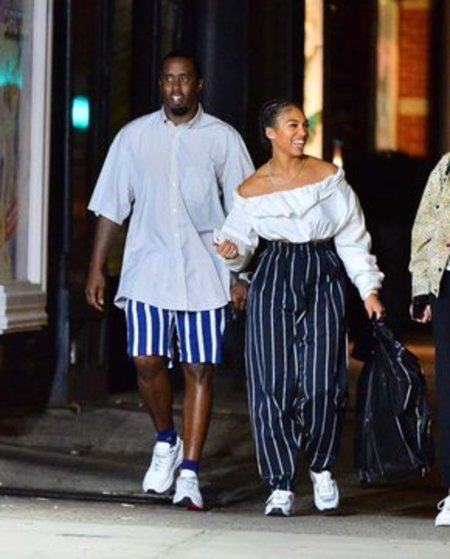 More shockingly, Harvey and Diddy also didn't care about the gossip made on their romance. Not to mention, the rapper would also share pictures consisting of Lori on Instagram. Besides, Lori was also speculated to be engaged and pregnant with Diddy. But, Lori later denied those claims.

Lori and Diddy couldn't last either after they ended their romance after a few months. Reports claim that Diddy cheated on her with other women. And, after their split, Harvey unfollowed Diddy on Instagram.

Since her childhood to this day, Lori Harvey is better known as the step-daughter of TV host and comedian, Steve Harvey. And, his relationship with his step-father must have flourished so much after her mother, Marjorie Elaine Harvey married him in 2007 that Lori alongside her elder half-siblings from her mother's side; Jason Harvey and Morgan Marvey, took the last name of Steve. 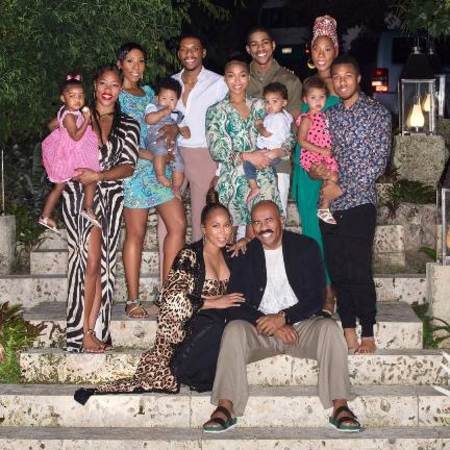 In fact, the real and the biological father of Lori Harvey is often the question the public is interested to know. Speaking of Lori's mother, she was previously married to her former husband, Jim Townsend who was jailed in 1992 for his involvement in attempts to buy and sell 40 KG of drugs. Less than five years later, Jim and Marjorie divorced.

Jim is the biological father of Jason and Morgan but not of Lori. And, Lori is supposedly the daughter of an unknown man Marjorie had a short-lived affair with before she met Steve. Besides, it's also believed that the model isn't close to her biological father.

Career & Net Worth Of Lori Harvey

Lori Harvey who stands at a height of 5 feet 3 inches is better known as a model, something she has been doing since the tender age of 3. But, not every one of his fans knows that she originally wanted to become an equestrian. Unfortunately, Lori gave up on that dream when she got into an accident in 2015 in Lexington Kentucky whilst riding a horse.

The accident was supercritical that she needed to take rest for days for recovery. Although she did recover, she turned down her dream to quit equestrianism. Lori then gave her full attention to modeling and even went on a weight loss and fitness journey to work on that perfect body she flaunts today.

Repped by some of the top model agencies including Entertainment Executive, LA Models, Select Model Management, and Clarence Avant among others, Lori has made her appearances for brands that include Dolce & Gabbana, Met Gala, and Paris & Milan Fashion Week. 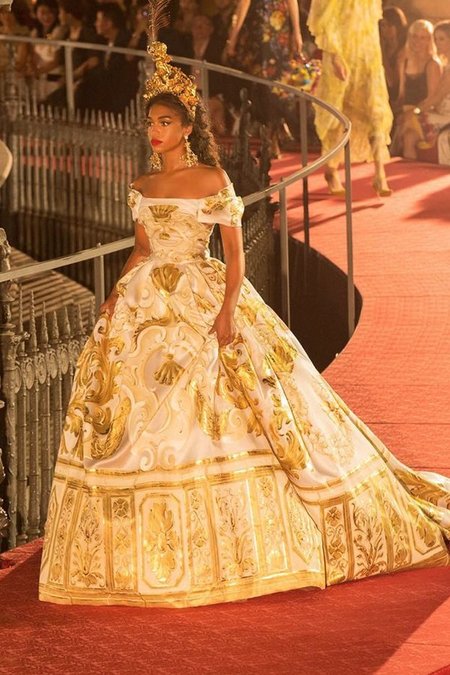 See more Biographies and Stories only on MarriedWiki.com.