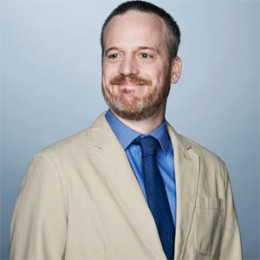 An American actor and a screenwriter, Keith Allan is widely known for his performances in the series and films including Social Nightmare, Z Nation, The Neighbors, and others. He made acting debut from the movie, Meat Loaf: To Hell and Back.

Keith Allan was born in 1969 in Sacramento, California. He is American and belongs to White ethnicity. With interest in acting, he joined the American Academy of Dramatic Arts.

Keith Allan began his acting career in 2000 from the movie, Meat Loaf: To Hell and Back. He then appeared on the TV series, Charmed along with stars Alyssa Milano, Holly Mare Combs, Rose McGowan, Shannen Doherty, Brian Krause, Kaley Cuoco and so on.

Keith Allan has kept information regarding his love life and affairs away from the media. As per the available information, he is possibly single.

He is active on Twitter and has around 26k followers.

The 48 years old actor, Allan after contributing in many of the series and movies, has successfully collected an estimated net worth of $2 million.

Apart from acting, he is also a screenwriter. Since 2008, he began to write some short movies for TV including Billy and Sally Go Bionic, 11/11/11, Zombie Night, Social Nightmare, Rise of the Zombies and much more.

He is also a nature lover and is fond of traveling and often post pictures of his adventures. His other interest includes collecting expensive and antique paintings.