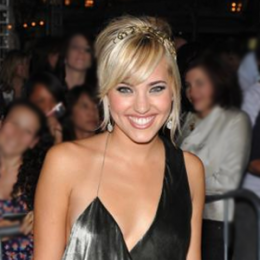 Kherington Payne, an American dancer and actress rose to fame after competing in the show, 'So You Think You Can Dance' season 4. She is a former member of the popular musical group, Pussycat Dolls. She also appeared as a professional dancer and a choreographer in various shows. Payne also appeared in several movies and series including Glee, True Blood, Fame, and Born to Dance.

Kherington Payne was born as 'Kherington Taylor Payne' on 26th January 1990 in Whittier, California under the birth sign Aquarius. Payne is American as per her nationality and as far as her ethnicity is concerned, she is a Caucasian. She is the only daughter of Sheri Ashe Payne and Rick Payne.

After the divorce of her parents, her mother and her stepfather raised her with her half-sibling, Delaney. On 10th June 2008, she completed her schooling at El Dorado High School.

From the very early age of two, Payne started taking formal dance lessons. She also learned ballet, pointe, gymnastics, and lyrics. In addition, she has specialized in contemporary jazz as well.

Kherington Payne moved to Placentia, California to pursue her career in dance. Payne participated in the reality show, 'So You Think You Can Dance' season 4 in 2008. She reached up to top 10 and later toured the country with her fellow finalists from the same season, respectively.

So You Think You Can Dance season 11 starts tonight! Crazy.... This show will always be a part of me.. #IVReal #IVEver @sir_twitch_alot love all of the amazing people I have met through this experience... And that's a lot of people

Payne performed at the 2010 MTV Movie Awards as a backup dancer for Katy Perry. The same year, she became one of the members of an American musical group, The Pussycat Dolls. The group includes Nicole Scherzinger, Kaya Jones, Melody Thornton, Kimberly Wyatt, Ashley Roberts, and Carmit Bachar among others.

In 2012, Payne worked as a dancer and a choreographer for the YouTube show, Dance Showdown season 1. In April 2012, she appeared in another reality show, Dancing With the Stars where she danced for Selena Gomez.

Kherington Payne made her Hollywood debut in 2009 in the movie, Fame by Kevin Tancharoen. She, in fact, successfully rose to fame and grabbed much of the appreciation after her first movie. In the same year, she appeared in series, Glee starring Demi Lovato, Lea Michele, Cory Monteith, Grant Gustin, and Mark Salling among others.

Payne appeared in many movies and series in her career. Some of her notable works include Leading Ladies, The Dance Scene, CSI, True Blood, Sins of Youth and Vegas among others.

Payne’s latest movies include 2015’s Bravetown by Daniel Duran and Born to Dance by Tammy Davis.

The beautiful actress is unmarried and has no children. She is currently in a relationship with her boyfriend, Drew Luther. The couple shared a good bonding with each other.

Mom I hope to be even half the amazing mother you are. I'm so lucky to have you in my life and to have you as a role model. Happy Mother's Day I love you @ashesheri

As per some sources, they have been dating for more than 2 years. The pair also shared many pictures on social networking sites. Their pictures show that they are having a good time together.

On 1st April 2019, Kherington Payne took to Instagram to make an announcement that she was expecting her first child with her boyfriend Drew Luther.

Weirdos= cool future parents  if you haven't seen our latest video go check it out!

Kherington Payne, age 27, has the height of 5.7 inches (1.7m). Payne was one of the contestants of the popular reality show, So You Think You Can Dance. and might have an estimated net worth not less than million considering her works and lifestyles. However, the exact amount of her net worth has not been revealed.

In addition, the cast members of the movie, Fame earned $65k each. Since she was also a cast member of the film, she also earned an amount close to that. She also owns an expensive car, which she posted on her Instagram account.

Besides, she is also involved in acting in her career. Some of her movies that made a good collection at the box office include:

Today, Kherington Payne lives a quiet private life from the public but runs a YouTube account where she regularly updates her fans on her life journey and adventures.