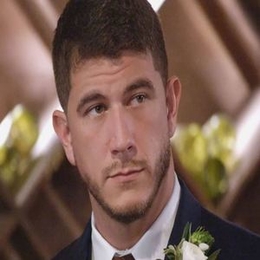 Forget about Mr. and Mrs. Hamilton, and let's show some love to Matt Barnett, the handsome engineer who, likewise, grew popular from his appearance on Love Is Blind, a dating reality show produced and streamed by Netflix.

And, Love is indeed blind for Matt Barnett. As a matter of fact, Mr. Barnett who was one of the contestants on Netflix's Love Is Blind is still together and married to the woman he fell in love with on the dating show.

Matt Barnett Is Blind; Found His Match On Netflix Love Is Blind

All these new reality dating shows are getting out of hand, to even begin with. And, Netflix's Love Is Blind, a reality dating show where men and women participated to find their better half through blind dates as in by communicating through a pod's wall, is no exception either. 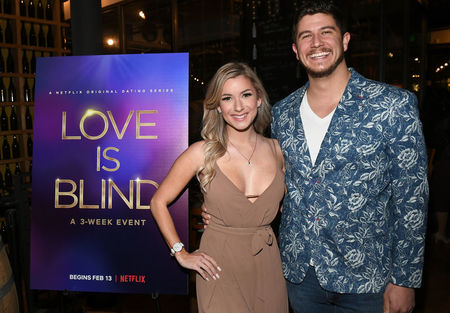 Speaking of which, Matt Barnett was among the men and women to star on the first season of Love Is Blind alongside, Cameron Hamilton, Lauren Speed, Mark Cuevas, Jessica Batten, Damian Powers, and Giannina Gibelli to make such an extreme decision to join the show to cease his loneliness. FYI, the first part of Love Is Blind began filming in fall 2018 for three months.

And, what a journey it was for Barnett who found the woman he wanted to spend the rest of his life with on a freaking reality show. Long story short, Barnett met and fell in love with fiancee turned wife, Amber Pike. Not to mention, as of March 2020, they are the only second couple who are still married after nearly two years, next to Cameron and Lauren.

But, their whirlwind romance of three months was not drama-free, especially with having Batten, a woman engaged to another man, playing gooseberry. It's sort of a love triangle actually.

As the viewers watched, Barnett had a close relationship with three women; Amber, Lauren Batten, and Jessica who later became engaged to Mark. Matt, however, preferred Amber rejecting Lauren and Jessica who rejected Mark at first to be with Matt. But, it seemed like Jessica evidently wanted Barnett and even tried to get close with him on their vacation to Mexico and other parties. 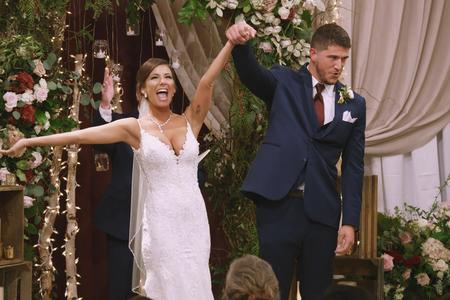 This, of course, infuriated Amber who later calls out Jessica on her bullsh*t. And, no matter how many times, Jessica tried to convince everyone that he was over Barnett, her action proved otherwise. Whatsoever, Barnett had his happy ending at the end and said 'yes' to Amber at the altar.

Barnett chose Amber, despite her thousands-dollar student debt, hundreds-dollar makeup budget, credit card loan and her unemployment status. Things, however, have not always been sunshine for these love birds either. As revealed on the Love Is Blind Reunion, the couple revealed that there was a time when they considered divorce. Thankfully, they didn't.

Not to mention, Barnett and his wife might even plan another wedding. Aw.

First things first, neither Matt Barnett not any of the participants were paid by Netflix. All the contestants voluntarily decided to participate without any economic benefits and to experiment if love is actually blind.

Speaking of Barnett, he is an engineer by profession and his engineering job is certainly enough for him to support himself and his family financially. As a matter of fact, the Atlanta native is highly skilled in his respective field as an engineer, according to Barnett's LinkedIn profile. 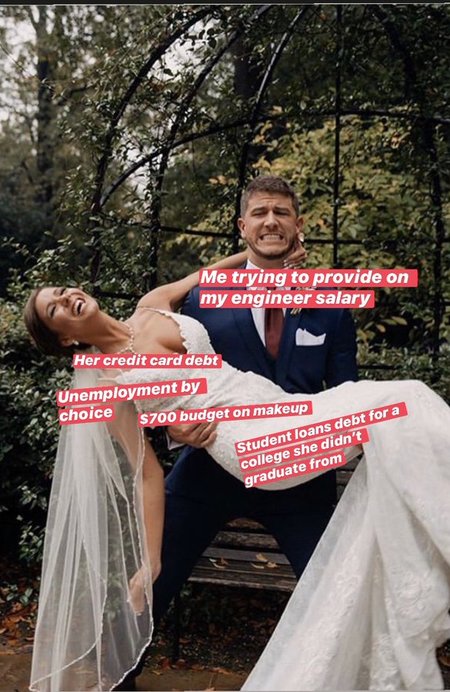 Matt Barnett is an engineer by profession. SOURCE: Pinterest

Barnett worked as a lab assistant at Georgia State University for a year from Aug 2011 to Aug 2012. Then, Barnett who is a massive dog lover worked at PetSmart as an employee trainer who enjoyed bathing dogs. It was only in 2014 when Barnett got the taste of his first engineering job after Baker Hughes hired him as a field engineer.

Now, involved with New South Construction since 2019 as an Assistant Project Manager, Barnett who can be assumed to have earned a lot to be worth no less than $100,000, also worked for four years at E. Escher Inc. as a Project Engineer.

Amber Pike is an American TV personality who is known for Netflix's Love Is Blind where she met her husband Matt Barnett.