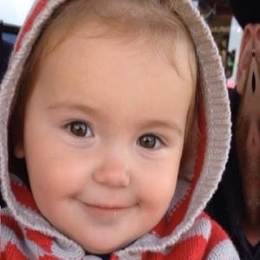 Maya Versano is known to the public as the second daughter of the actress 'Gal Gadot'. She is also popular as she appeared in the movie 'Wonder Woman' even before birth.

The celebrity child Maya Versano's life is always in the spotlight because of her famous parents. Her personal life is always the fodder for media gossip.

Maya Versano is the second daughter of "Wonder Woman" famed actress Gal Gadot and Isreali real estate developer Yaron Varsano. Her parents are united as a life partner for over twelve years now. Yet, the duo is never involved in extramarital affairs and divorce rumors. Additionally, they are so in love with each that they 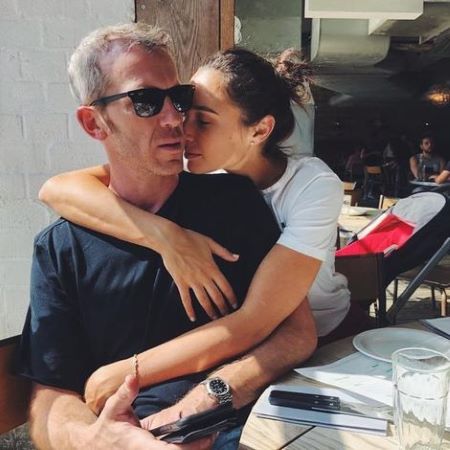 Well, the couple first met in 2006 at a mutual friends' party in the Isreali desert. The sparks began to flew between them on the first meeting only, and they started dating soon. After dating for two years, the couple tied the knot in 2008 in a Jewish wedding.

The pair is married for over a decade, and the bond between them is only getting stronger. Furthermore, they consider family as their top priority and make time for their children, despite their busy schedules. Recently, the actress went hiking with her daughters in Los Angeles.

Maya has an older sister Alma Versano, born in 2011. The eight-year-old is already walking in the footsteps of her mother. She made her film debut as the voice of one of the hatchlings in “The Angry Birds Movie 2." The movie also features other celebrity kids, namely Faith Urban and Sunday Urban, the daughters of Keith Urban and Nicole Kidman.

Alma, the big sister of Maya, is very fond of her. Gal, their mother, made sure, Alma does not feel left out after the birth of her baby sister. She provided lots of love and attention, even when Maya was a newborn.

Gal Gadot was in the early stage of pregnancy with Maya when she was shooting the movie "Justice League" alongside co-stars Ben Affleck and Jason Momoa. It was a tough time for her as she suffered from morning sickness. She stated:

"I didn’t tell anyone because you just don’t broadcast it in the beginning. But it became more apparent when I had such bad sickness, not just morning, but afternoon and evening too. I felt terrible. I was literally on set, shooting a scene and in my head, the whole time I’m saying, ‘don’t vomit, don’t vomit. Just keep it in, please don’t vomit.’ How I didn’t throw up on the guys is a miracle, I was waiting for it to happen.”

Gadot, in addition to that, also needed to do reshoot for her film "Wonder Woman." At that time, her belly had started showing. So, CGI was used to hide her tummy in the movie. Since Maya was in the film indirectly, she got the entry on IMDB.

Though, she unintentionally became famous even before the birth; the parents are trying their best to maintain their confidentiality. Though they post pictures of them on social media, they usually hide their faces. The only exception was when Gal shared the video of Maya Dancing on her Instagram. Check the post below:

It seems like her parents are very protective when it comes to Maya.

Maya Versano is just two-year-old, so she is dependent on her parents' networth. Both of her parents are successful individuals in their respected field and holds an excellent fortune. 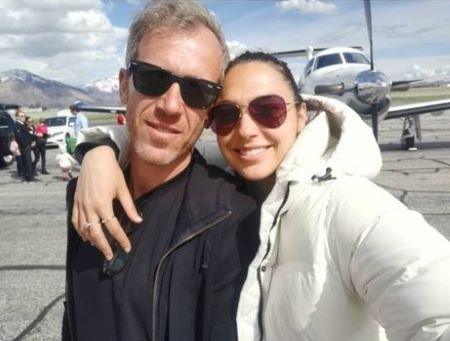 What is Maya's Mother's Net-worth?

Maya's mother Gal Gadot is an actress, model, and entrepreneur. Her overall wealth is $10 million. She earned a large chunk of her fortune from her successful acting career.

Life is too short to blend in #RevlonCandid @Revlon

The actress' film "Wonder -Woman" was a blockbuster that earned $821.8 million worldwide against the budget of $120-$150 million. Since she was not a well-Known face at that time, her salary was only $300,000. However, for "Wonder Woman 1984," which is expected to release in 2020, she is getting $10 million. Furthermore, she has worked as a model for high profile brands such as Reebok, Revlon, and Asus.

Maya's father Yaron Varsano is a real estate developer and holds a net worth of $15 million-$20 million. His successful ventures include selling The Versano Hotel to Russian Billionaire Roman Abramovich for 100 million Isreali Shekels ($26 million)and selling a house to Marius Nacht for $16 million.

Check a clip from "CONAN on TBS" show, where Conan O'Brien tries to invite himself to Gal Gadot's house in Tel Aviv.

Maya Versano was born on March 19, 2017, in Los Angeles, California. She is currently two years of age. The celebrity kid was born under the birth sign Pisces. Further, her mama was five months pregnant with her amid reshoots on Wonder Woman. 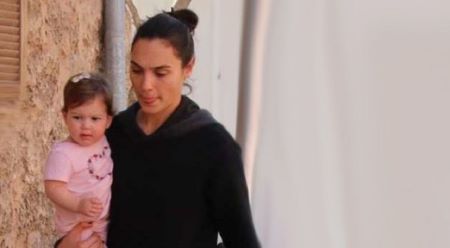 Versano has an elder sister, Alma. Maya's nationality is Isreali-American, and both of her parents are Jewish. She is the second daughter of Gal Gadot and Yaron Varsano.

Maya Versano's grandparents are Irit Gadot, Irit Varsano, Daniel Varsano, and Michael Gadot. Her Uncle is Guy Varsano, who is also a business partner of her dad.