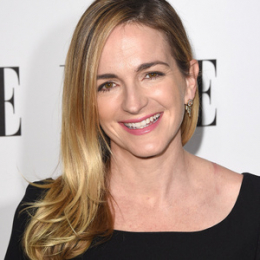 Molly McNearney is the head writer of the late-night talk show 'Jimmy Kimmel Live!' She previously has written for more live shows such as 'The Oscars', 'Emmy Awards' and 'White House Correspondents'Association Dinner'. She is also an actress and has worked in a few movies.

Is Molly McNearney Married? Know more about her Husband, Children, and Personal Life

The writer and actress Molly McNearney is married to late-night talk show Jimmy Kimmel. The couple tied the knot in a star-studded ceremony with guests like Jennifer Aniston, Justin Theroux, Ben Affleck, Matt Damon, Ellen DeGeneres and many more. 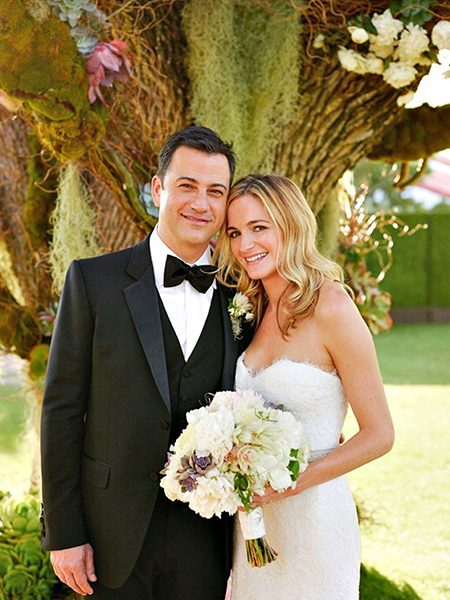 Molly McNearney met Jimmy when she started working as a writer at the Jimmy Kimmel show!. The first meeting with Jimmy did not leave a good impression on her, however over the years through working together they started knowing each other and began developing feelings for each other.

The couple began officially dating from October 2009, after Kimmel's split from his then-girlfriend Sarah Silverman. They got engaged in South Africa after three years of dating. They exchanged vows after nine months of engagement in July 2013.

Molly gave birth to the couple's first child, a daughter Jane Kimmel on July 10, 2014. Their second child is William John 'Billy' Kimmel which was born on April 21, 2017. Billy was born with a rare congenital heart defect called Tetralogy of Fallot (TOF) with Pulmonary atresia. Because of this condition, the two-year-old billy has already undergone three open-heart surgeries.

Molly furthermore is also stepmother to Kevin Kimmel and Katie Kimmel who are children born to Jimmy from his previous marriage to Gina Maddy. She stated in an interview that she is very close with both children and even text regularly with Katie.

Molly McNearney's overall networth is $5 million which she earned through working as writer and actor. She is working as a writer on Jimmy Kimmel Live! since 2006. The average salary of the writers in the Jimmy Kimmel show is $67,064- $86,701 per year. Since she is the head writer, she must be earning at the higher side of the pay scale.

McNearney furthermore is an actress who has worked in movies such as Fun Mom Dinner and Murder Mystery. On average, an actress is paid $17 per hour and $81,000 per year.

In addition to that, her spouse Jimmy Kimmel is a successful comedian and host with an impressive networth of $45 million. His annual salary for the Jimmy Kimmel Live ! is $15 million.

Molly McNearney was born as Molly O'Brien McNearney on March 5, 1978, in Missouri USA. Her nationality is American and her birth sign is Pisces.

Happy #MothersDay to every Mom, especially my wife Molly – you are even more beautiful with weird little people hanging onto you.

McNearney mother's name is Michelle McNearney and father is Michael McNearney. She grew up with two siblings, an elder brother named Micheal Jr. McNearney and a younger sister Kelly McNearney.

Jimmy and Molly met when she joined as a writer in the Jimmy Kimmel show. They got engaged after three years of dating.

She is the first child of the couple. she has a sibling.

He is the second child of the couple. He has a sibling.