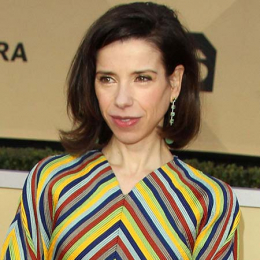 Sally Hawkins is an English actress who rose to fame playing bubbly, regular girl Poppy Cross in movie "Happy-Go-Lucky". Her portfolio also increased with time with movies such as "Blue Jasmine" and "Paddington". She received Academy Award nomination for her role as a captive merman the Academy Award-winning movie "The Shape of Water".

The Golden Globe Award winner Sally Hawkins is single at present. The actress who is of shy and introverted nature does not divulge her private information in the public domain especially of romantic nature, but we do know she did a wedding pact with comedian James Corden. 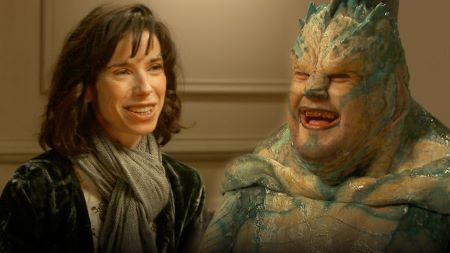 Hawkins and Corden first met on the set of the movie All or Nothing and they developed friendship quickly. The friendship was so deep that they made a deal if they were both singles at 35, they will get married and start a family together. However, Corden married Julia Carey at age 34 and is blessed with three children at present

The 43-year old actress, instead of focusing on love life is enjoying her renewed fame brought by her role in critical and commercial success movie The Shape of Water. She is also taking good care of her health as she suffers from autoimmune disease Lupus. She revealed her disease in January 2018 and stated following regarding her illness:

Ihave lupus, the chronic fatigue syndrome. I do get quite tired, but I don't let it stop me. I've been very lucky with it, for the most part. It comes in waves. I'm not crippled with it, like some people. I just have to be aware and take it steady"

The actress is strong and is fighting with many medical conditions from a young age. She was diagnosed with dyslexia when she was a child and used acting lessons to cope with it.

The actress may not be so lucky in terms of health but she is blessed with lots of talents. Besides being a brilliant actor, she can play a grade 8 level piano and do paintings as well.

The veteran movie star who is working for over three decades has a net worth of $4million. This wealth is accumulated from her work on movies, TV series, theatres, and radio. 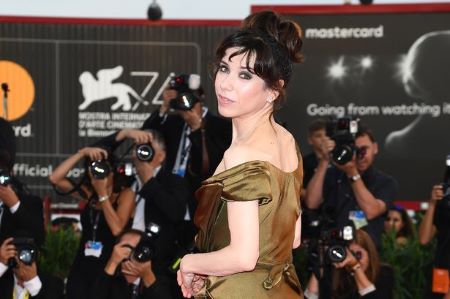 Actress Sally Hawkins on premiere of her movie The shape of Water.
SOURCE: Mirror

Sally is an A-list actress and earns $15 million to 20 million per movie. The actress is referred to as the Indie superstar and boast commercial and critical success movies in her resume. Some of them are enlisted below;

Sally Hawkins was born as Sally Cecilia Hawkins on 27 April 1976 in Lewisham hospital, London, England to Jacqui and Colin Hawkins. She grew up in Blackheath with her five years older brother Finbar Hawkins. She is of English and Irish descent. 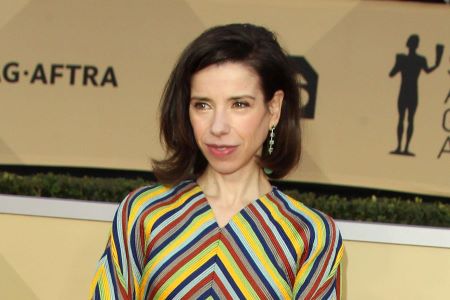 Sally began to do theatre plays such as Much Ado About Nothing (2000), A Midsummer Night's Dream (2000), Misconceptions (2001) while waiting for her big breakthrough role.

The character of Poppy Cross in the 2008 movie Happy-Go-Lucky became her career-defining role. For this movie, she won the Golden Globe Award for Best Actress and was given the Silver Bear at the Berlin Film Festival.

There was no looking back for the actress as she continued to be part of critical and commercial success including Academy award-winning movie The Shape of Water in 2017.

She is currently in the mega-budgeted movie Godzilla: King of the monsters which is expected to bring big numbers.