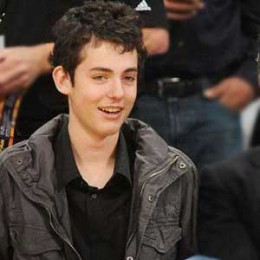 Truman Theodore Hanks is an American actor popularly known for being the son of an Oscar-winning actor Tom Hanks. He is the son from Tom's second marriage with Rita Wilson. Hanks is the youngest amongst all of Tom's Children and just like his father, he is working both in front and behind the camera.

Truman Theodore Hanks was born to actor parents Tom Hanks and Rita Wilson on December 26, 1995, in Los Angeles, California, United States. He is the son of Hanks' second wife. Prior, Tom was married to actress Samantha Lewes in 1978. Tom married Rita the following year after his divorce with Samantha in 1987.

Samantha Lewis died in 2002 losing to bone cancer and Rita took care of all Tom Hanks' children as her own. Hanks grew up with his sibling Chester Marlon Hanks also known as Chet Hanks and half-siblings, Colin Hanks and Elizabeth Ann Hanks being the youngest of them all. 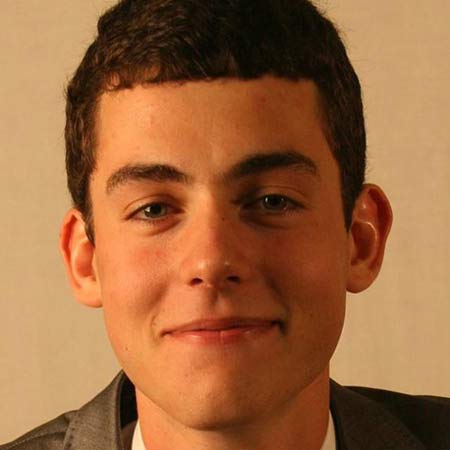 As a child, he was interested in sports and participated in a lot of school activities. He is interested in games like hockey, basketball and often goes to cheer for his favorite team Los Angeles Lakers at the Madison Square Garden Arena, New York. Hanks is seen going to play hockey with his father Tom Hanks.

Hanks is professionally pursuing his career as an actor by appearing in some minor roles. However, the movies he has worked in are not present in the media in detail. In 2018, he was a part of the crew where he worked as a production assistant for The Cloverfield Paradox. He is also a model and has appeared in a few commercials and advertisements.

As Truman is just in his early adulthood, he has not made a stable career but as time flies by we might get to see him in some great movie roles or in some other working fields. He is a Reddit user and in 2013 he opted to do a Ask Me Anything (AMA) activity with his fans.

During that he was asked several questions professional and personal to which he answered politely and clearly. He was asked about his favorite moment with his father and his closeness with big brother Chester.

Truman Theodore Hanks is a startup actor and has only appeared in some movies and commercials. He earns a decent amount from his career as an actor but his net worth is not estimated. He lives a luxurious life being the son of a renowned Oscar-winning actor Tom Hanks and actress Rita Wilson.

Tom Hanks has a whopping net worth of $350 million according to The Richest. He earned $35 million & $26 million in 2011 and 2012 respectively. He is one of the highest paid actors in Hollywood. His mother Rita Wilson has an estimated net worth of $20 million.

Truman Theodore Hanks is not involved in any relationship at the moment and is focused on his career. He is not married and there are no rumors about his linkups with anyone in the media.

His father Tom Hanks is an actor known for his brilliant performances in movies Forest Gump, Catch Me If You Can, The Da Vinci Code and Splash. His brother Larry Hanks is a professor, Jim Hanks is an actor who is happily married and sister Sandra Hanks works at many jobs.

He does not have good relation with his stepbrother, Colin, as they are never seen together in the media but his step-sister Elizabeth is very supportive of him. 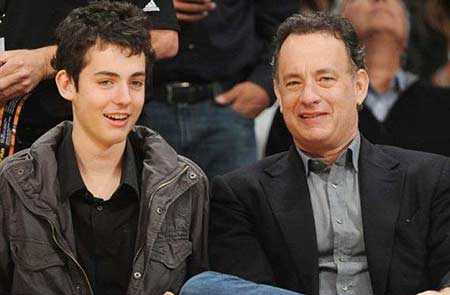 His stepbrother Colin also acts in movies following his father's footsteps while his half-sister Elizabeth is a writer and actor and writes for both The New York Times, The Guardian and Vanity Fair. She is also happily married. Colin has been appearing in movies since 1996 and has been cast in movies like Jumanji: Welcome to the Jungle, King Kong and Get Over It. 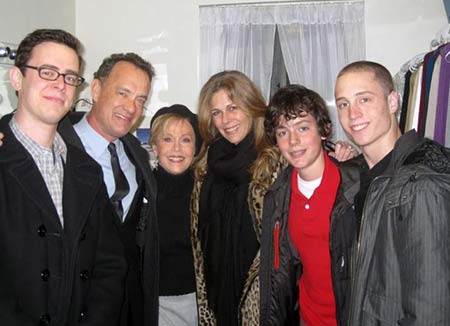 Truman with his parents and siblings. (The Whole Family)

Hanks' only biological brother Chester also known as Chet Haze is a rapper & actor but is dealing with his drug addiction.

He has released rap songs named Juice With Chill, Do it Better and has starred in movies like Crystal Skull, Fantastic Four, and Indiana Jones.